We often get Woodpigeons on the front garden mopping up spillages from the feeders in winter, and otherwise as occasional roof-sitters. We very rarely get them in the back garden or even sitting on the garden fences.

I was a bit surprised then to find a bulbous throated male on Tuesday evening actively ripping of twigs from bushes in the garden, flying off and coming back for more. I was even more surprised when it stayed put as I opened the door and walked into the garden, and it then allowed a fairly close approach for photography (I'm used to them flapping off like loonies from woodland roosts at night when out trapping). 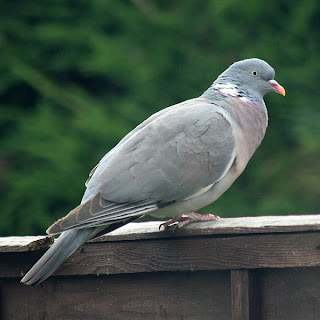 It soon became clear that the activity was due to its partner female building a nest in a large blackthorn overlooking our garden. 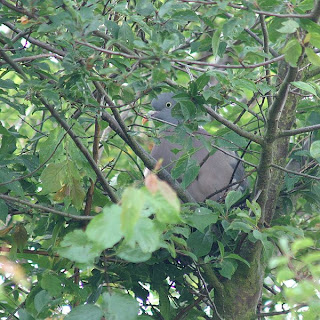 The male then landed within a meter of me! 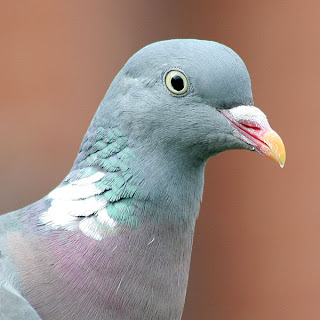 Meanwhile, the Collared Doves have started again (already) with the female back on her third clutch this year. 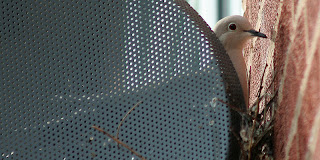 At one point, the newly resident Woodpigeon landed on the roof above the sitting female Collared Dove, leading to an aggressive posturing from her mate. 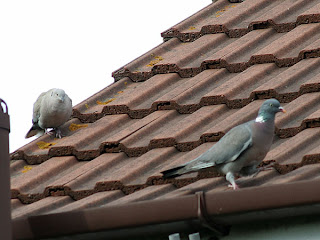