Remember the pair of Collared Doves nesting on a satellist dish overlooking my garden?
http://skevsblog.blogspot.com/2008/04/sky-nesting.html

Today they fledged their second brood of two, so the choice of nesting site was obviously not that bad. All morning the two gawky dull smaller versions of the adults were knocking around the garden on fences and in bushes. I last saw them in a large hawthorn being mobbed by a mental female House Sparrow. 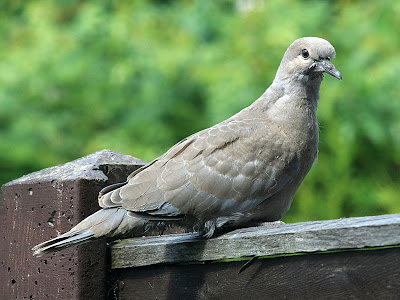 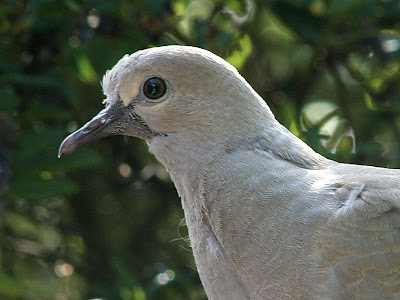 This is the less well known Non-collared Dove
Posted by Skev at 01:12