I've managed to work through a couple of bagfuls of leaves collected on Monday, and I've ended with up with a decent number of species/records. Perhaps the most remarkable part of this is that I bumped into a smallish tree on a verge that I didn't immediately recognise, and that I'd absolutely missed/ignored earlier in the year. Anyway, I worked out it was probably a Hornbeam and I found some interesting mines on it.

The mine below is an upper surface silvery-looking blotch, similar to the ubiquitous Phyllonorycter coryli that is found on Hazel. I'd already decided that this was probably Phyllonorycter esperella if my foodplant ID was right. 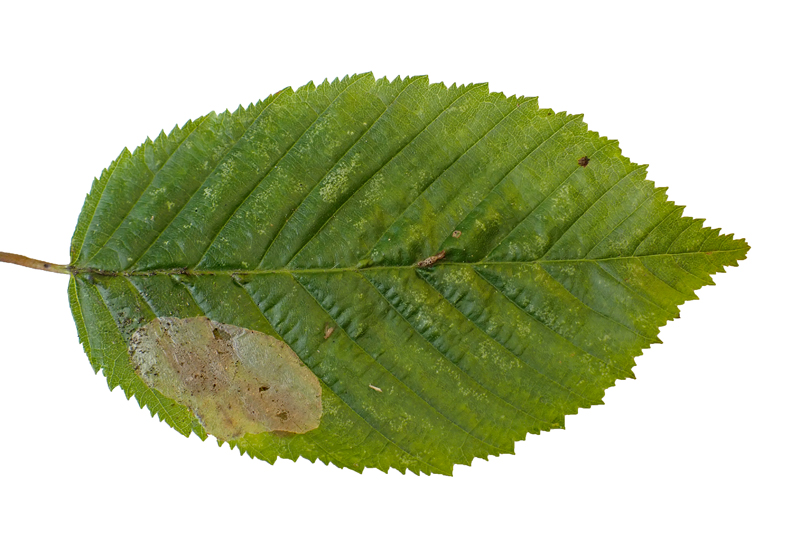 There were lots of these, but all seemed quite small and appeared to be vacated or incomplete. My attention turned to an altogether different-looking mine where the leaf was almost folded over. Again, lots of these and on checking a few, a number appeared to have hymenopteran pupae but some were tenanted, including some with a silken retreat within which a small larva was present. 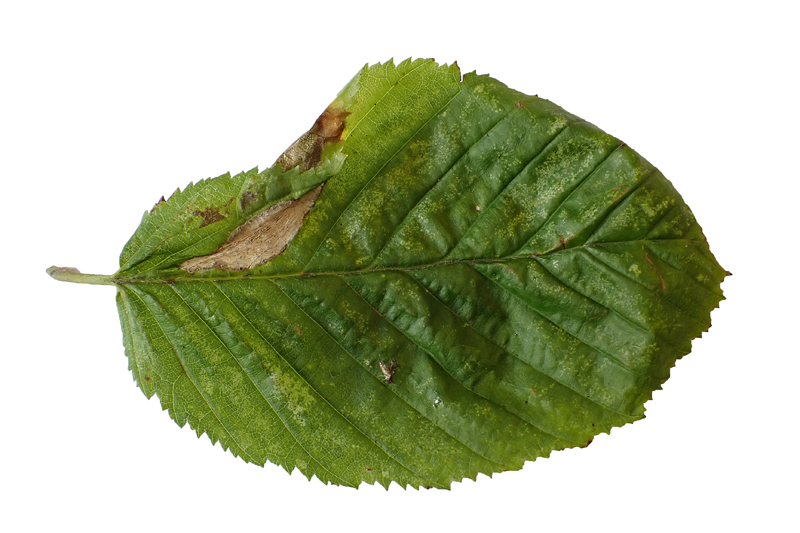 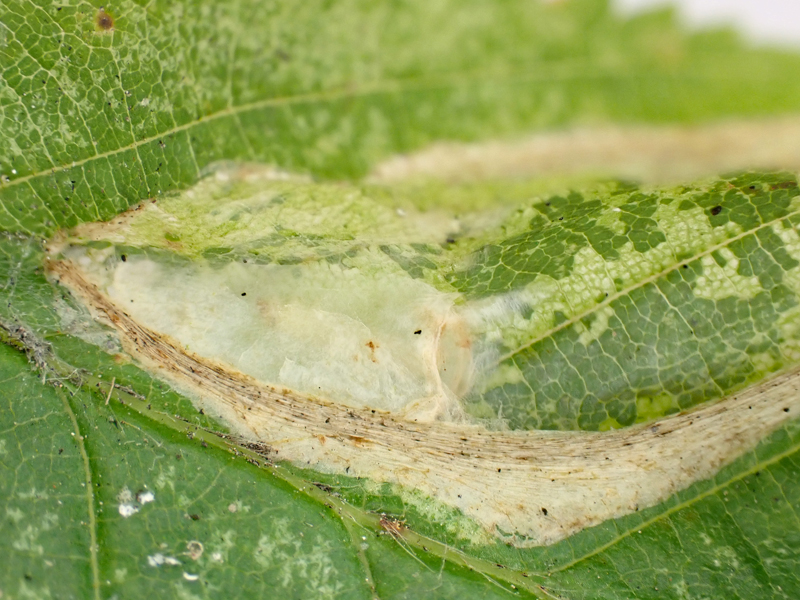 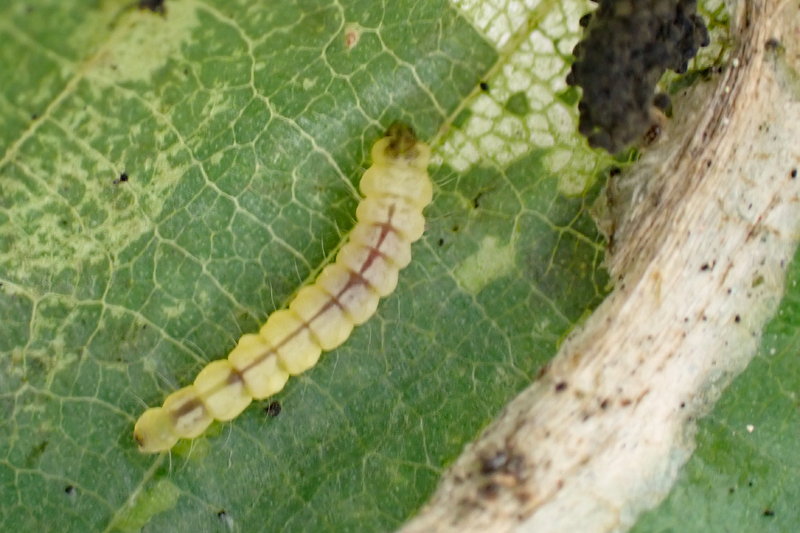 I posted a few photos on the leafminers FB group and quickly got confirmation that my plant ID was correct and that these larger mines were also Phyllonorycter esperella - more mature mines often causing the leaf to turn on itself. A new leaf-miner for me, as was the following.
This is a Phyllonorycter oxyacanthae mine on Hawthorn: 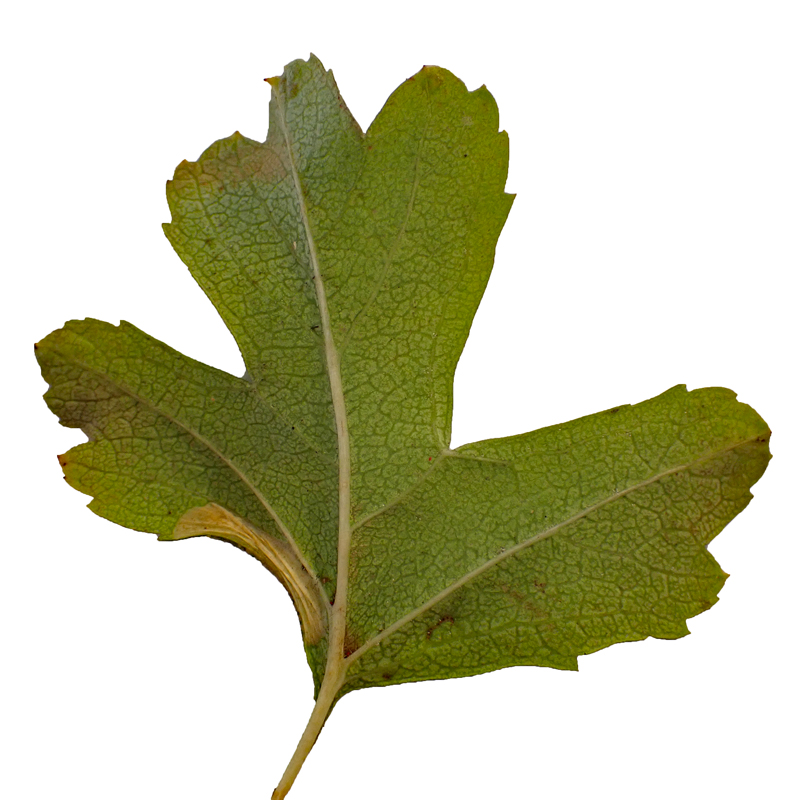 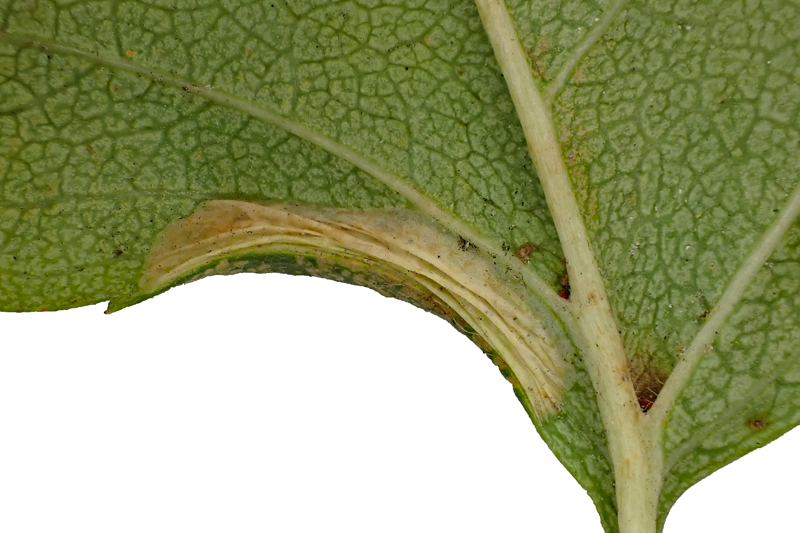 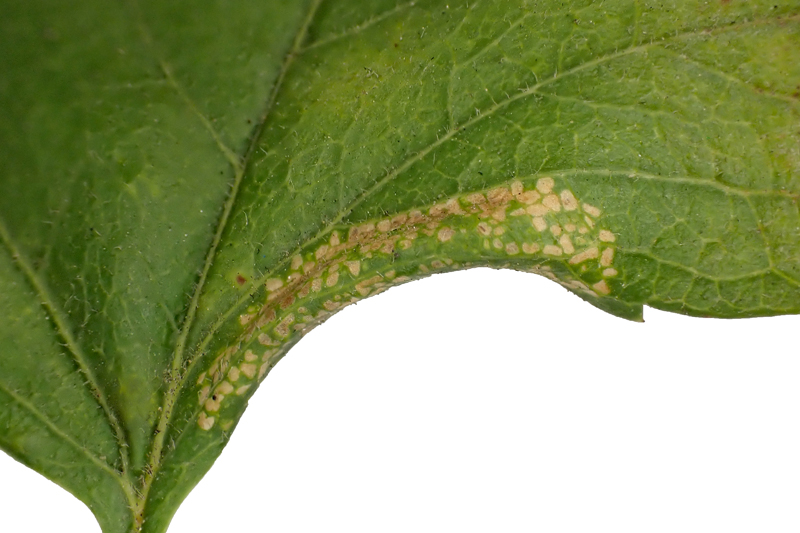 Amongst other species I found on Hawthorn was Ectoedemia atricollis, like this example: 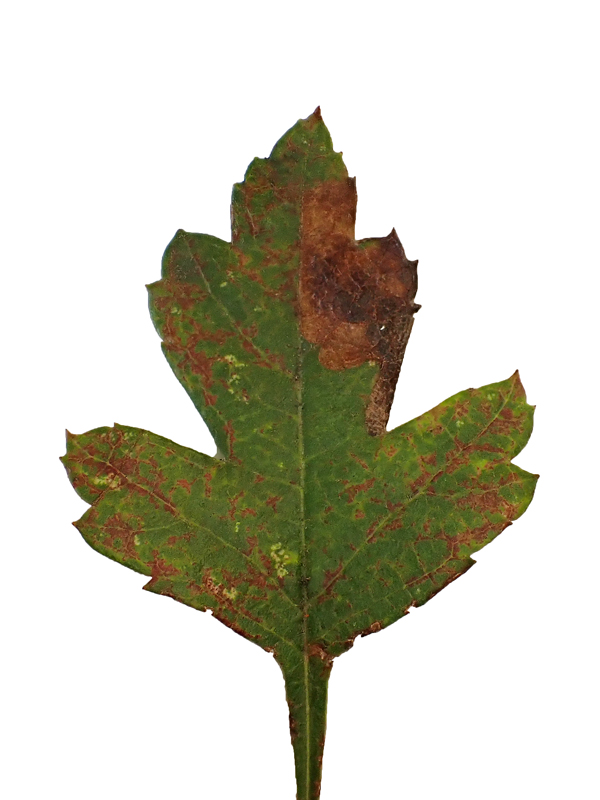 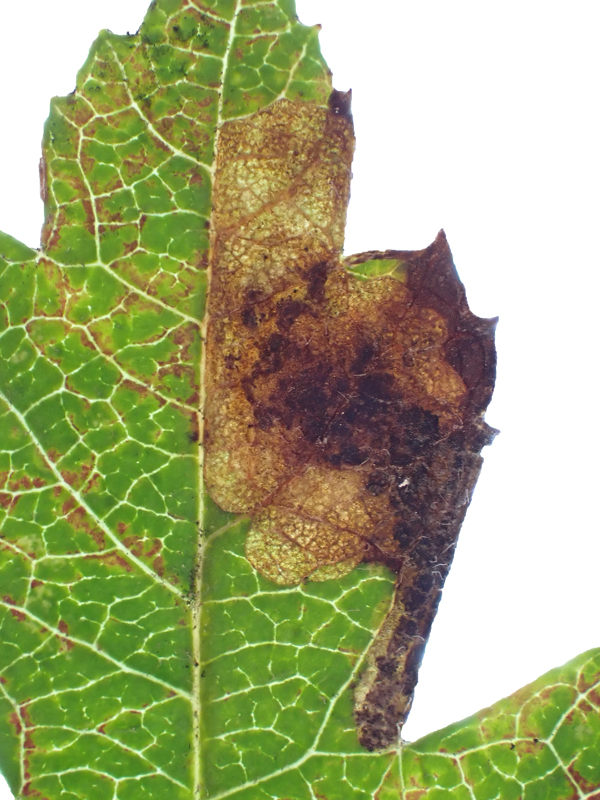 I initially thought this might be Stigmella paradoxa, but the egg position was not right and as can be seen there is evidence of a gallery leading into the blotch.
I found a few mines on Rowan. These folded leaflets, along with the smaller pinched in mine on a leaflet above, are the work of Parornix scoticella: 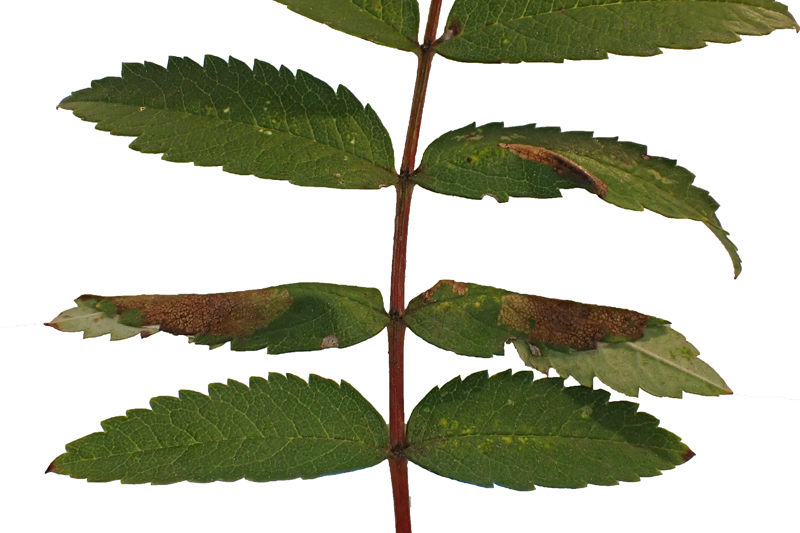 However, along with Lyonetia clerkella that mines everything, the other mines I found on Rowan were species that I've only previously found on Hawthorn: 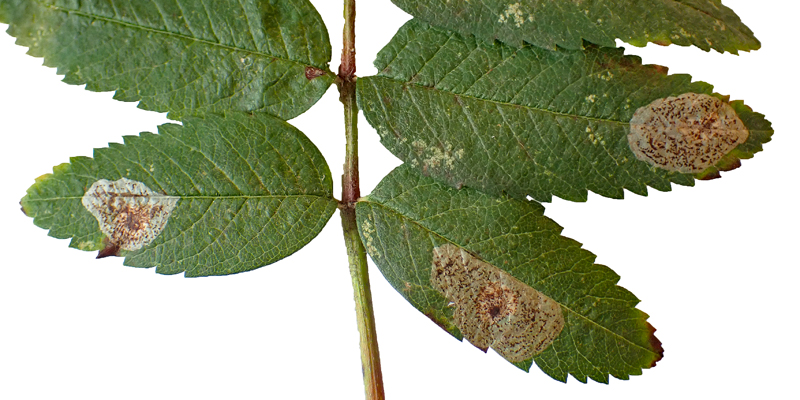 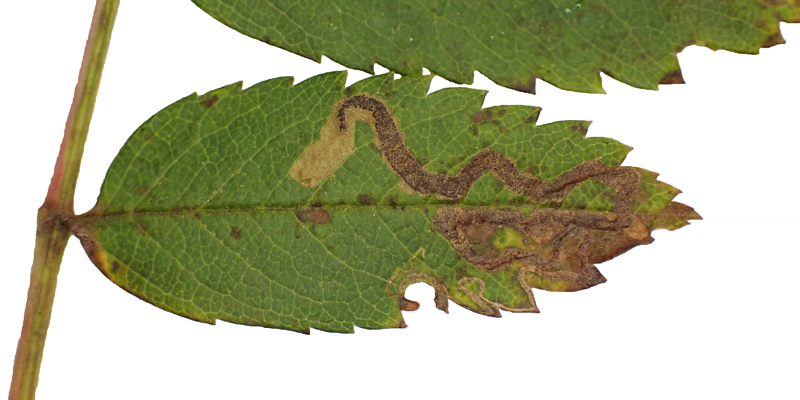 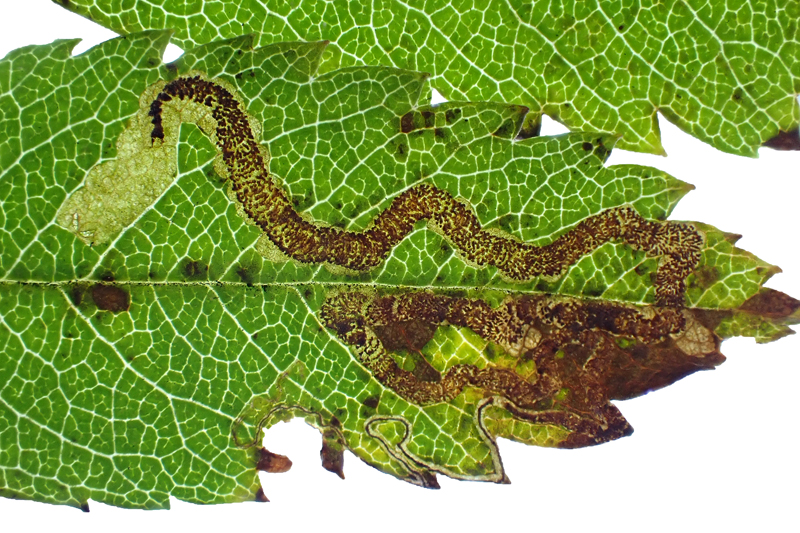 Stigmella oxyacanthella
Other mines that I found on what may be thought of as atypical foodplants included: 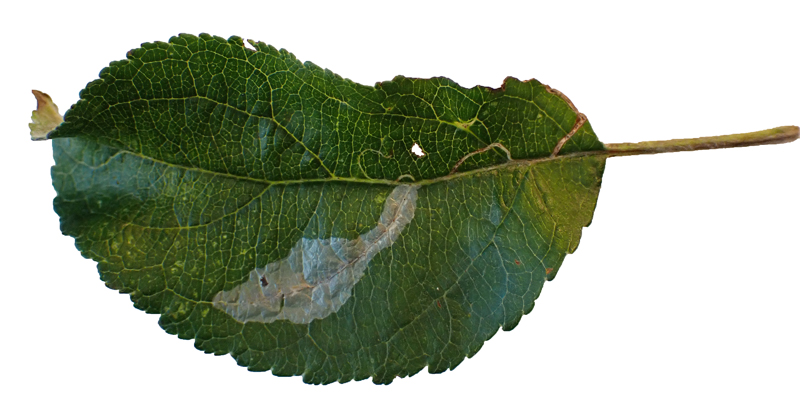 Phyllonorycter leucographella on Malus sp. (alongside Lyonetia clerkella on the plant it should be found).
Here's a couple of other mines for reference: 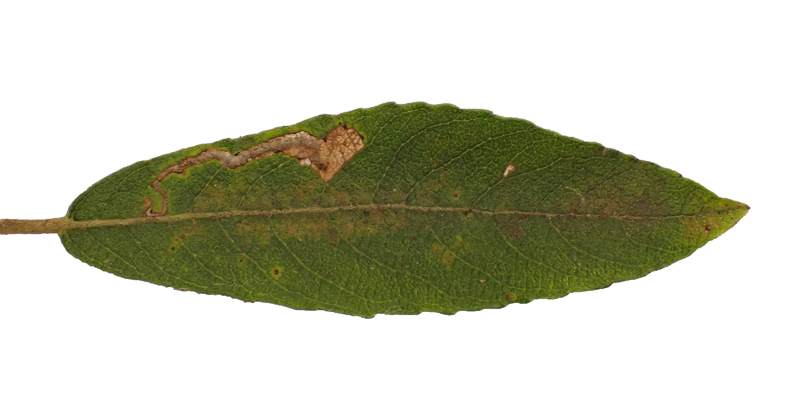 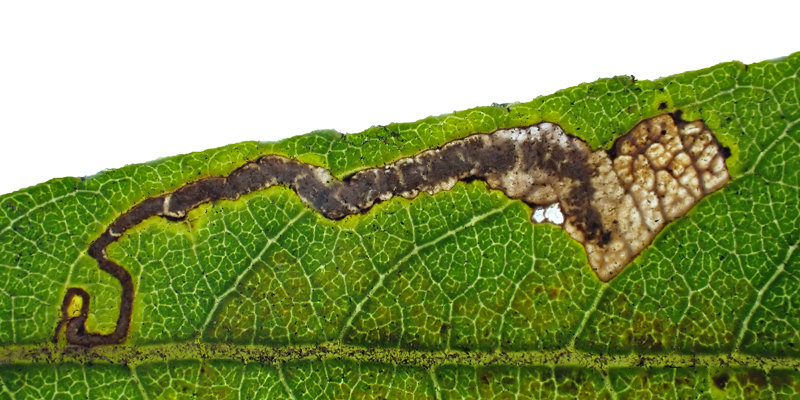 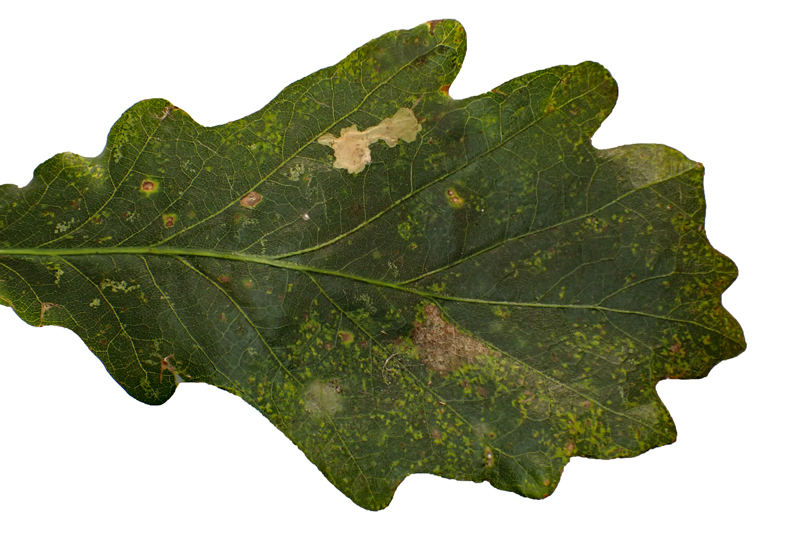 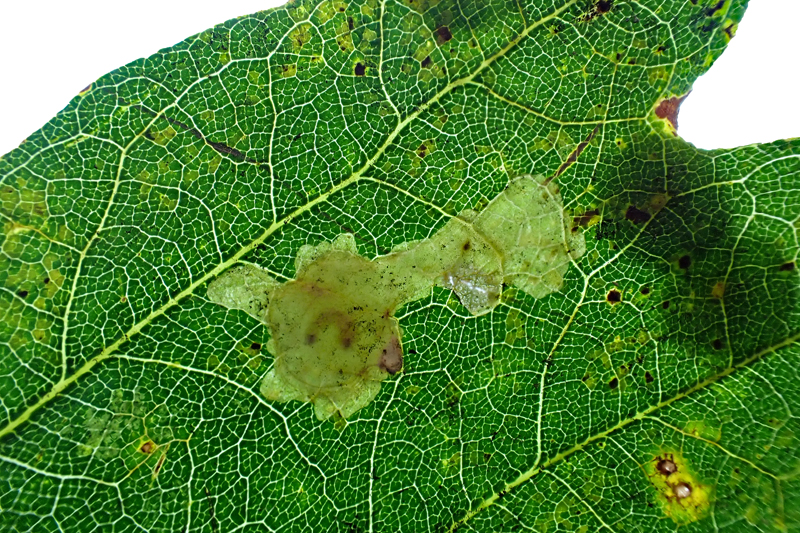 
One last mine, this one though from the Silver Birch in my garden: 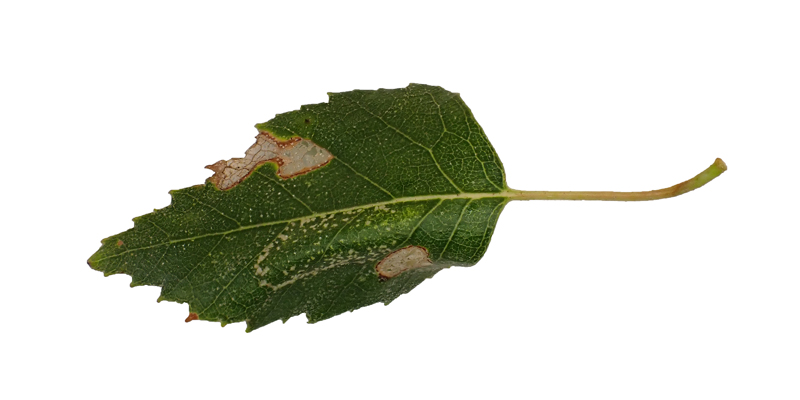 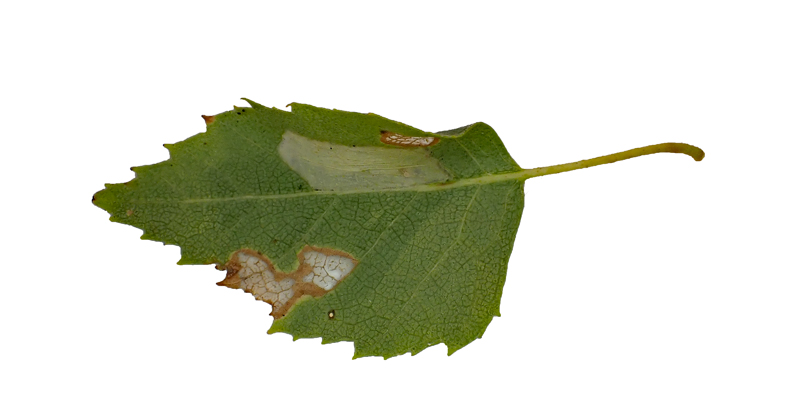 
That's probably enough mining for now, and I've realised looking through that I needed to crop some of the pictures a bit tighter. Never mind.
I guess this post isn't the mining Public Service Broadcasting were thinking of.
Posted by Skev at 18:48