Hovering around the edge

I had a bit of time off of work this morning as I had a couple of things that needed doing, but I did get about and hour or so in the morning sunshine in between tasks.

Before all that, I'd run the garden traps overnight but they were pretty quiet with the temperature drop after dusk. Two new for the year species were Brindled Pug and White-shouldered House-moth. Biggest surprise in the trap though was this ... Amazing how quickly Tree Bumblebee has spread around the county and become so common, but this is the first one I've had in the garden moth traps.

Not too far from home in the village we have a pathways along parts of what used the Great Central Railway running south from Leicester down to Whetstone and on to Ashby Magna, Lutterworth and then Rugby. Part of the old line is also accessible in Cosby. Today I walked along a short section that looks like this ... 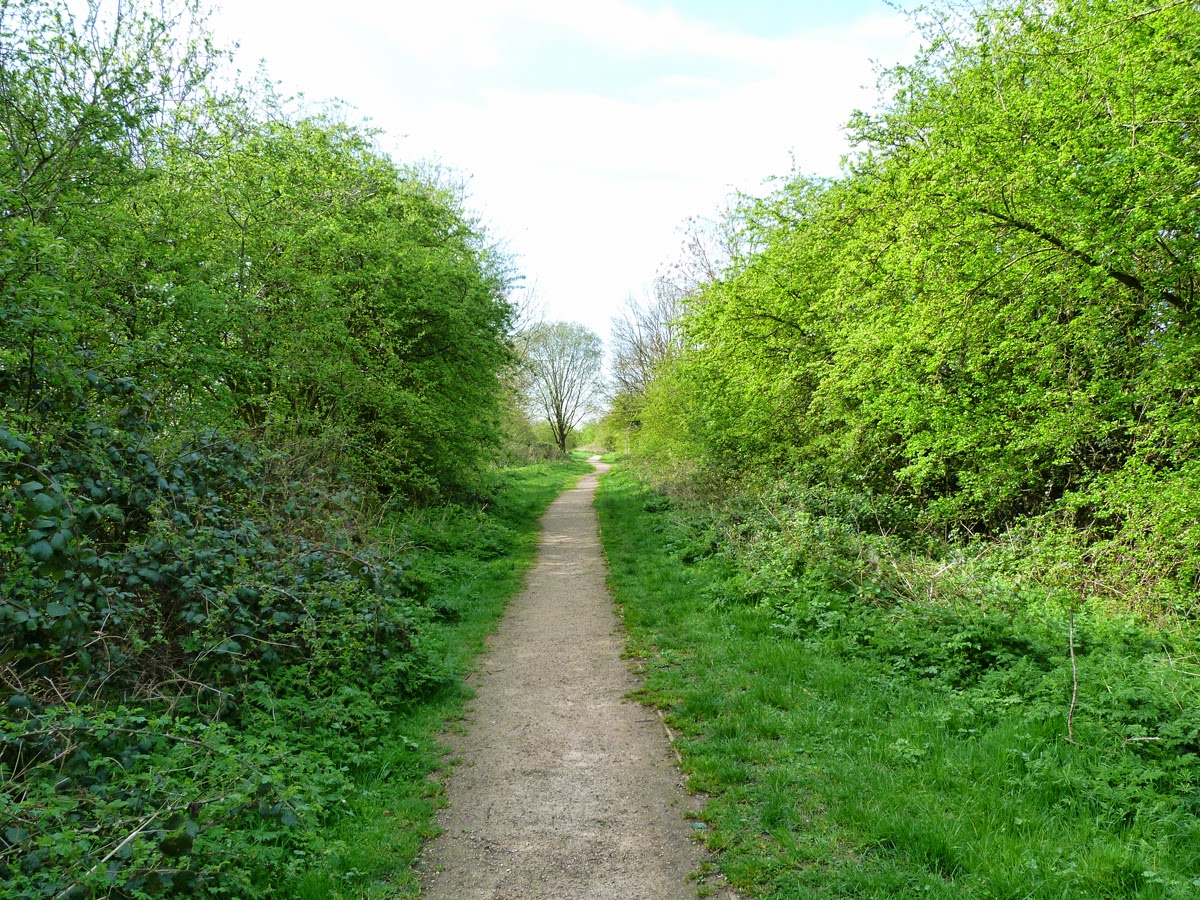 I had an ulterior motive. I was trying to find a fungi, Semifree Morel, which had been recorded from here on Monday this week. Despite a throrough search in the area I didn't find it - I suppose it's either completely withered away, been kicked to death by kids or quite possibly it was actually collected to confirm ID.

These walkways are not bad for general inverts, though nothing too exciting found today. I think that if you were studying dog shit though this would be nirvana. Most notable today, apart from loads of 7-spot Ladybirds on every bush, was a good number of hoverflies. I managed to point the camera at a couple. 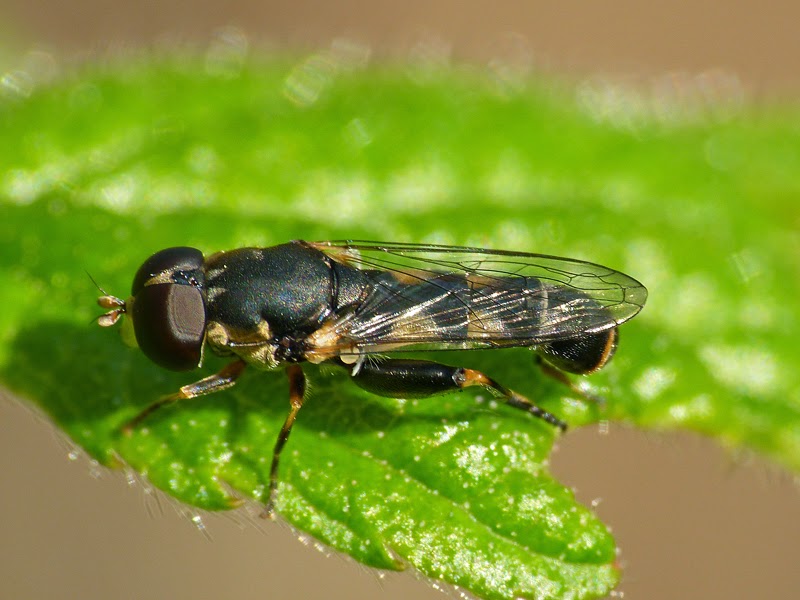 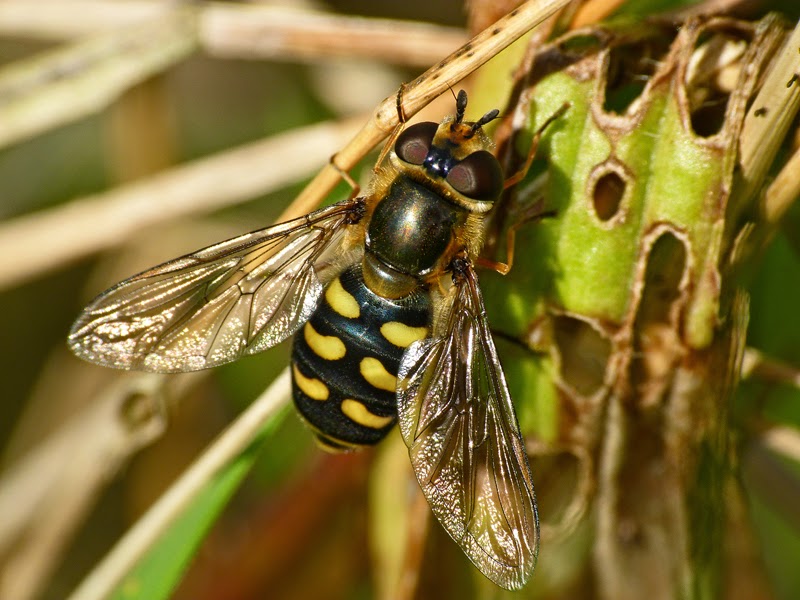 Tomorrow I am off work for a proper day out, though the Pied-billed Grebe at Rutland Water is likely to be my first port of call.
Posted by Skev at 21:32