Had a good night out mothing at Watermead CP South with Adrian Russell last night, and the garden traps have been ticking over nightly with a couple of interesting firsts to report - however I'm going to save the moth trapping posts for the moment and go with other stuff.

First up, whilst out on my bike on Thursday night looking for leaf mines I also found some very distinct 'spangle galls' on the underside of oak leaves. 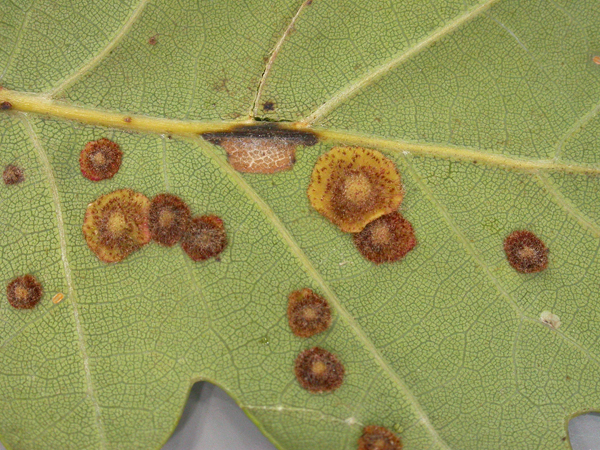 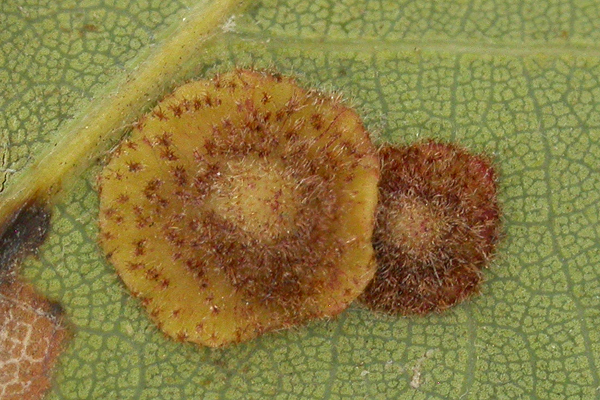 This is the type of thing you see all the time and ignore, but I decided to check them out and found that they belong to a very common gall wasp - Neuroterus quercusbaccarum. Also found out about the alternate sexual generations of this and similar species. These galls host the growing larvae of the wasps over the winter, and the adults emerge in the spring as both males and females. Once they've mated, the fertilised eggs develop into a completely different type of gall (a currant gall), and the adults emerging from these are parthenogentic, laying unfertilised eggs which develop into the spangle galls to start the cycle again.

Of the leaf mines, not too much success with ID. I found Caloptilia stigmatella on sallow, and this is Phyllonorycter corylifoliella on hawthorn (vacated blister mine): 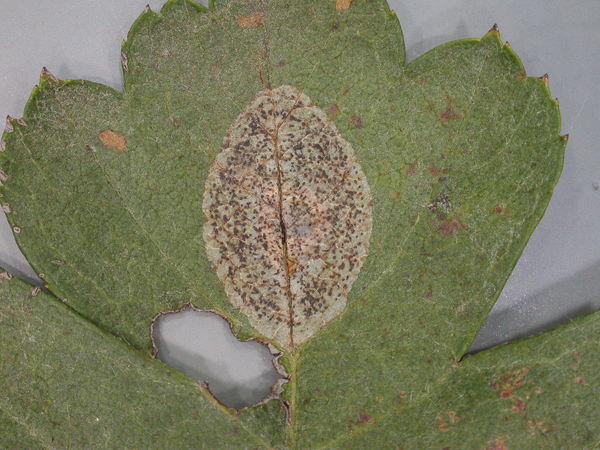 Today saw the return of the 'Victory Show' at Cosby, the neighbouring village. Still amazes me how a local rural village manages to arrange a military and air show! We headed up to Huncote Embankment again in the afternoon to watch the flying display. Whilst up there I noted at least two Wheatears, neither of which was very accomodating for the camera - they refused to come close enough and kept facing away, like this: 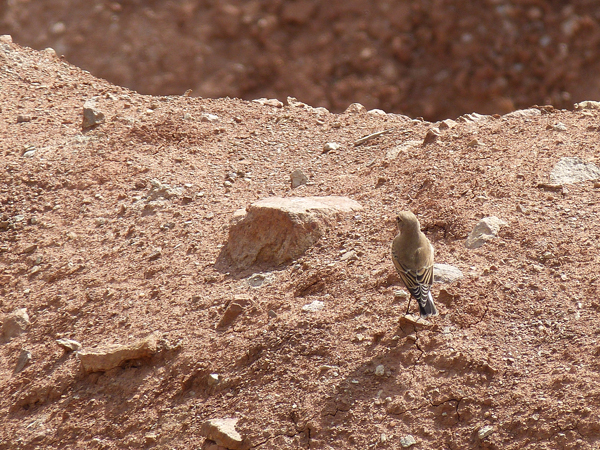 As for the airshow - all very good with great displays with aircraft including AT-6D Harvard, Lancaster, a couple of Spitfires, P-51 Mustang, Hurricane and a Messerschmitt Me-109. 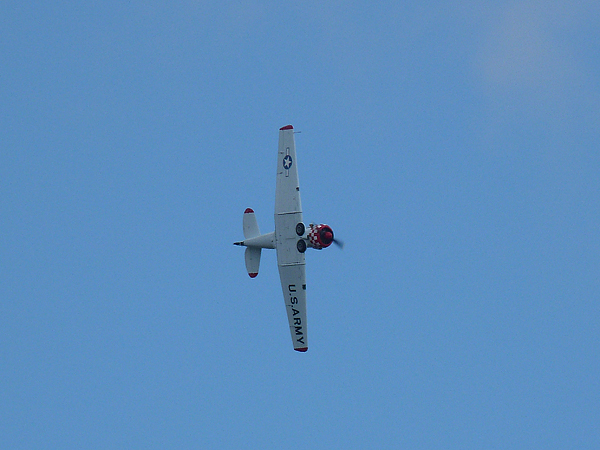 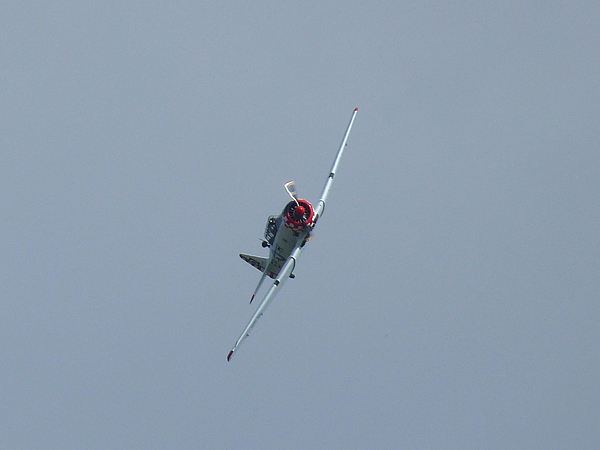 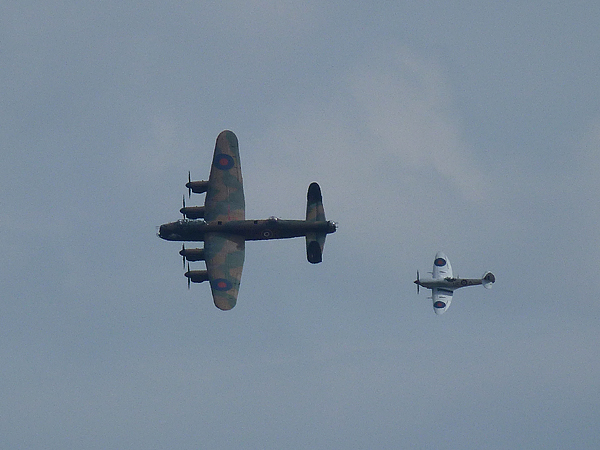 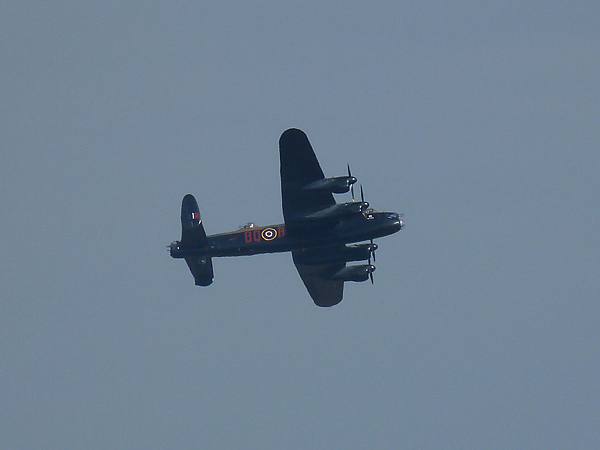 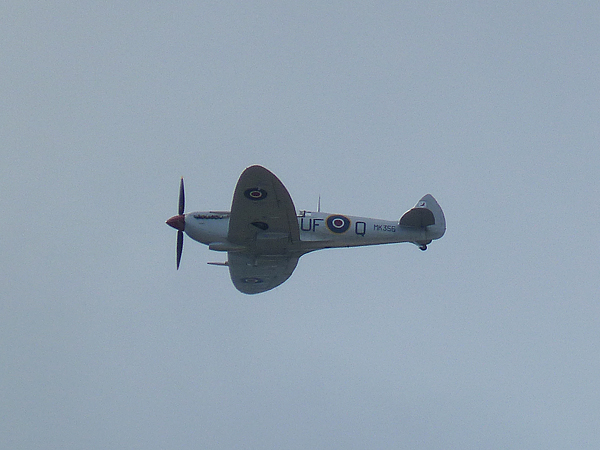 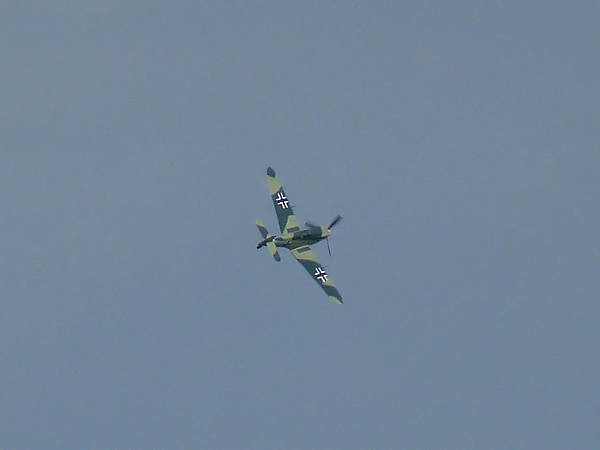 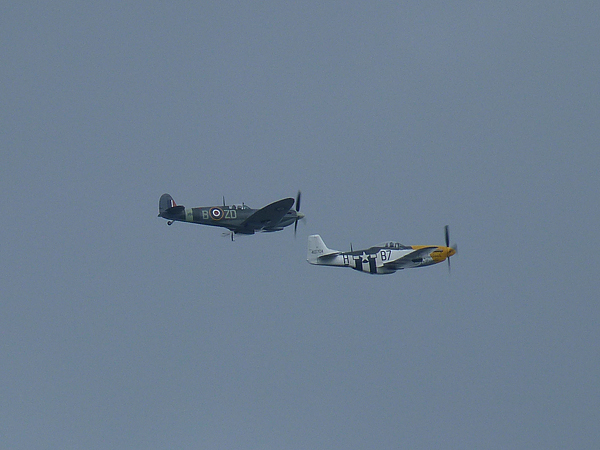 Spitfire and P-51 Mustang
The show goes on tomorrow as well, and as far as I know the awesome Vulcan Bomber is coming over - just about shook the roof off of our house last time.
Posted by Skev at 21:58

One of those Spitfires (UFQ) came low over my house this afternoon, along with Hurricane YBW. They often seem to do a fly-past over Stoughton when there's an airshow on nearby. The Vulcan came over a few months back as well.

Yes, I've had Spitfire ZD-B and the Mustang over here today with a few others, but the Vulcan whimped out due to moving weather fronts. Shame as I was looking forward to year-ticking it!