Took the opporunity this afternoon to get out and about around the wider Whetstone area on my bike, looking for likely places where Prickly Lettuce might be growing with the intention of checking for Small Ranunculus larvae in a couple of weeks. Struck gold in all respects!

First up, I checked a small area of waste ground right in the middle of the village where a small industrial unit was demolished a couple of years ago but the area has been left to go wild. Very similar to the area in the last post but on a much smaller scale. 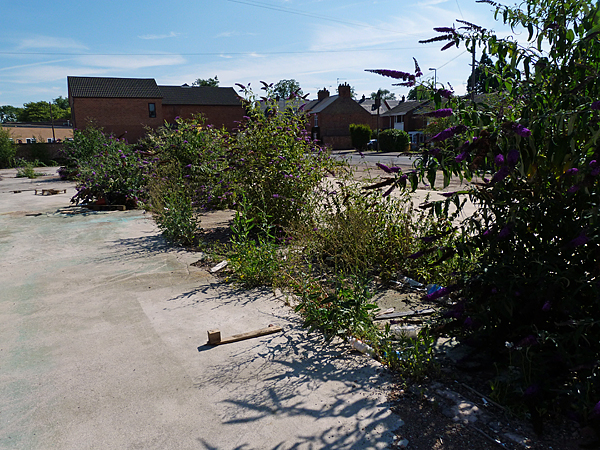 Here I found Prickly Lettuce, mainly plants that had already flowered - and unbelievably found a large number of larvae of various sizes from very early instars to pretty much full grown. At least 100 larvae found on this site. 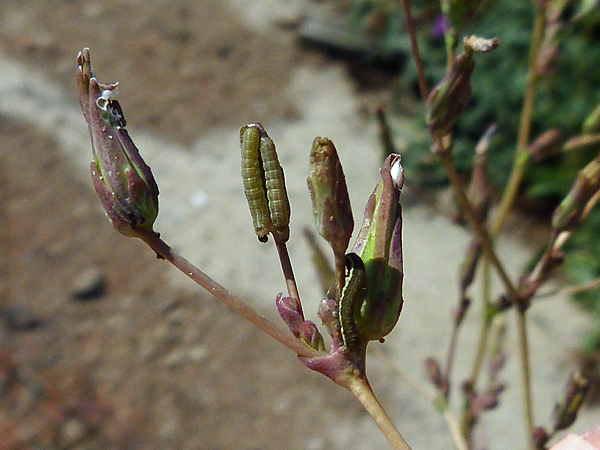 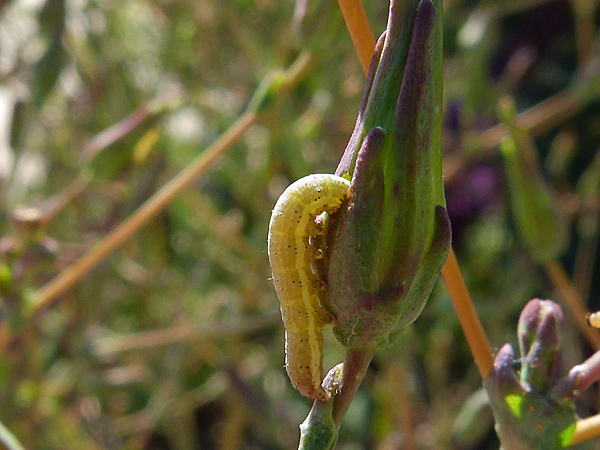 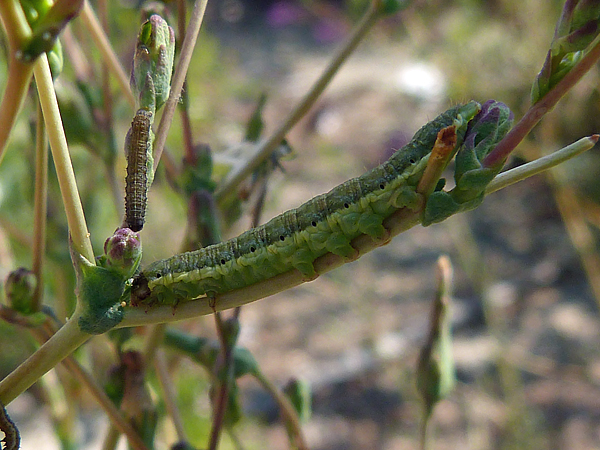 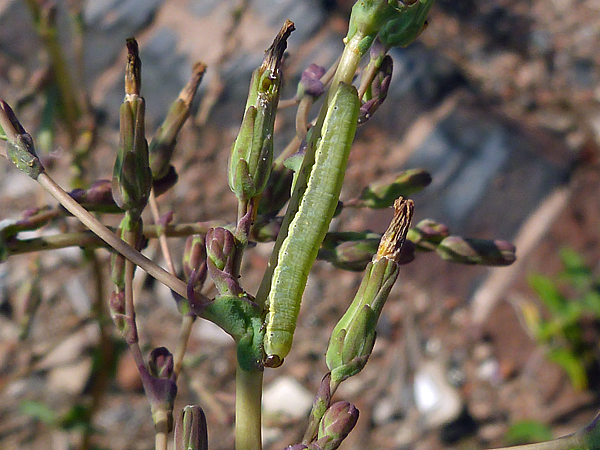 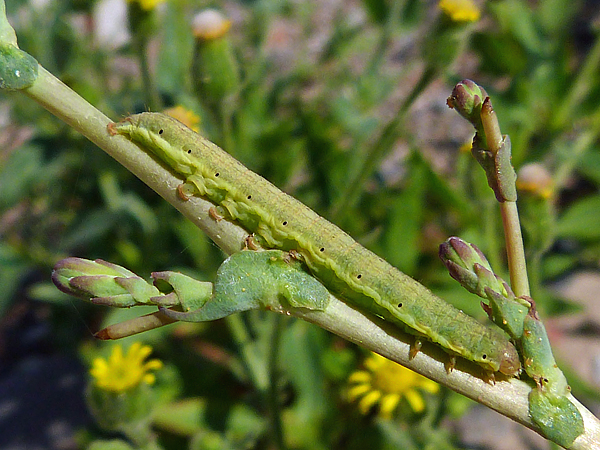 After a quick detour along the old railway line (no Prickly Lettuce but a few other notable bits), I checked the big old car park that used to service the old GEC complex - now mainly a huge industrial wasteland. Lots of Prickly Lettuce in two separate areas. 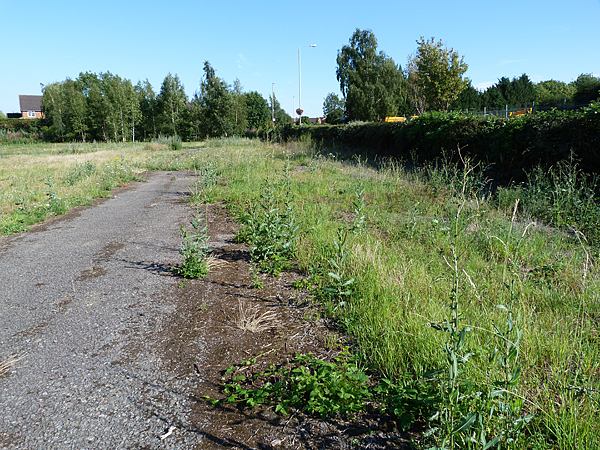 All of the plants on this site were less advanced than the first, and notably I only found very small larvae or ova! 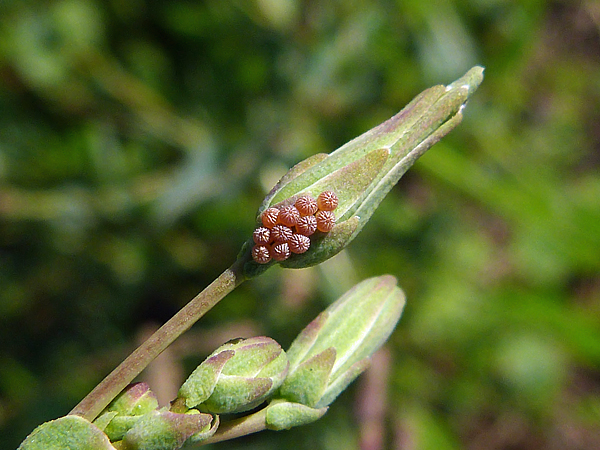 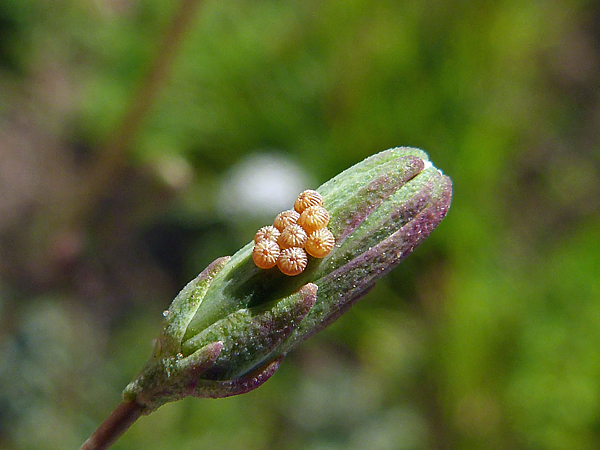 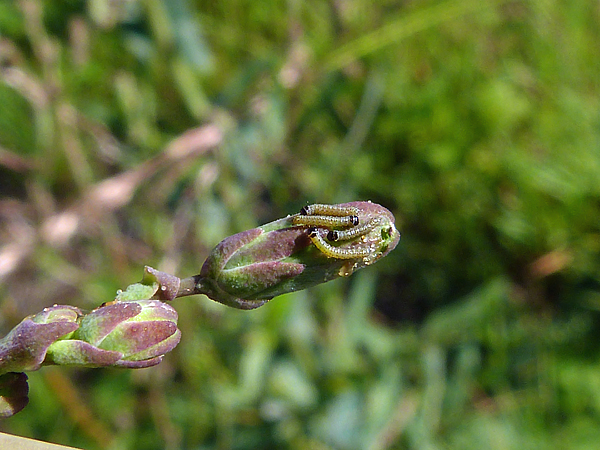 I'll leave it a week or so before collecting a couple of larvae to rear through and confirm, though I am as sure as I can be that all larvae and ova I found are Small Ranunculus. I also checked two other industrial estates but no Prickly Lettuce found.
Posted by Skev at 20:04

Well done Mark! I have check loads of prickly lettuce, but never found the larvae, even though Small Ranunculus seem to be steadily growing more common in the area.

I can't be that lucky! Note the larvae only feed on the flower and seed heads - check the top of the plant.

Well done Mark - glad to see you've taken advantage of the recent lettuce tutorial. Not many moths here - but plenty of humming-birds!

Theyre is a colony developing in Swindon town centre but not on Prickly Lettuce in outlying industrial estates. Maybe a heat island effect!
Also only ever seen them feeding on the flower/seed heads, not on leaves.