Within VC55 there are a few moth species that seem to be enigmatic though with little reason. For example; Fox Moth, Emperor Moth, and Nut-tree Tussock are piss-common in many areas of Britain including some adjacent counties, and yet they are rare or non-existant in VC55. Another such species is Dog's Tooth; feeds on docks and plantains and suchlike, and likes damp lowland habitats. Maybe not exactly common, but certainly well distributed in England including the Midlands and there is no logical reason why it should not be around in VC55. And yet (so far) it has been recorded from just a small area near to Loughborough, and at only one site with any regularity - Loughborough Big Meadow (LBM) where it was first recorded in 1982. I say regularity - there are five records from this site between 1982 - 2006 (and just two earlier records of singles in Barrow-upon-Soar and Quorn). The lack of records is mainly due to no regular recording effort at LBM. I last took part in a group trapping session at this site on 24th June 2001, during which we recorded a total of 8 Dog's Tooth. I'd never bothered to go back, but thought that this year I really ought to try and record this species again and hopefully get some nice photos.

The weather yesterday was pretty good, and the forecast for overnight was looking good as well so I thought about getting out with some traps. As it is mid-week, and a normal working week at that, it was not going to be an overnighter wherever I went. Considering the date and the generally early season, I decided this would be the right opportunity to get back to LBM and I was soon making plans to get there in good time to check out the site and setup before dark. I let Adrian know, but he was scuppered with some black-tie works do so it was going to be a solo effort. As I set off, a quick glance at the dashboard revealed the following digits and characters - 20:25 20.5°C - very promising indeed.

Arriving at the site it looked excellent - I really should try a daytime visit for micros and dayflyers. The whole area is Lammas meadow, apparently. There are some good plants on the site, including Great Burnet (which I think I saw) and it is the only VC55 site for Narrow-leaved Water-dropwort (which I didn't look for). Skylarks were highly vocal all around, and a row of fence posts included several with staining and debris from a regular raptor or owl using them as feeding posts. In the late light there were a couple of Chimney Sweepers still flitting about, and loads of grass moths active, but not much else. 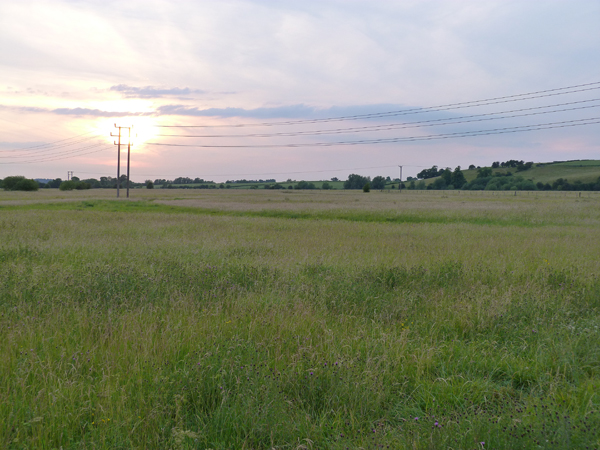 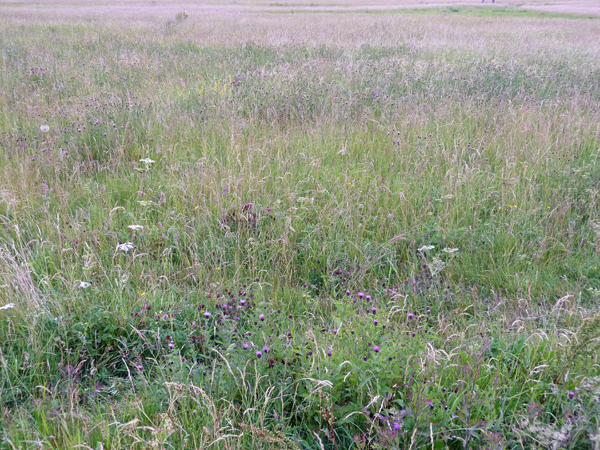 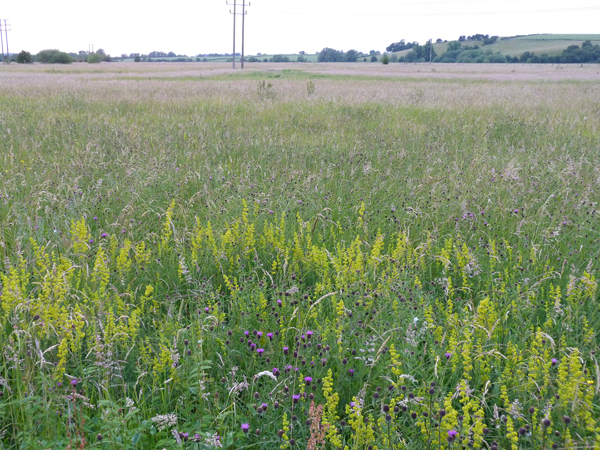 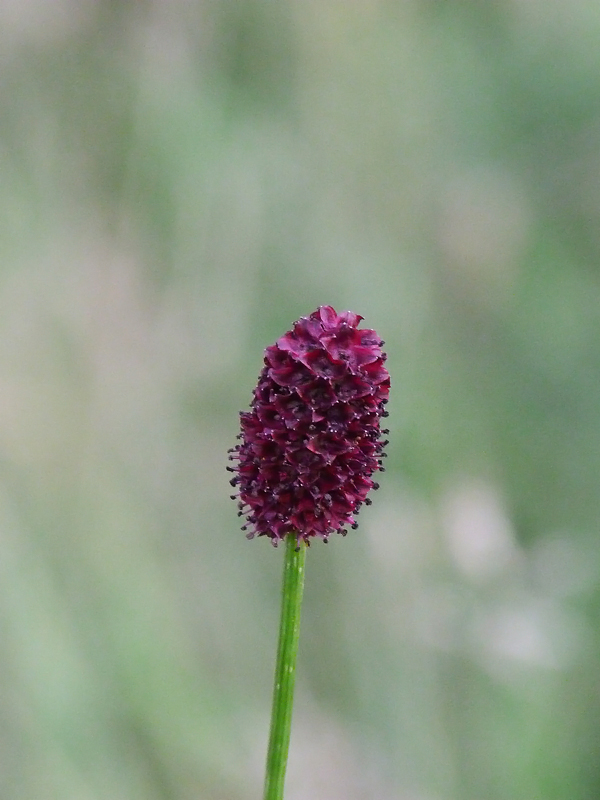 Great Burnet - I think
I set about emptying the car and deploying the kit. I had 3 traps and a sheet kit, plus cables and the gennie. There is no vehicular access so it was manual graft, and it was half way through this process that I started to have some doubts as I suddenly realised a few things, like:

- how much I dislike emptying traps by MV light
- how fecking heavy the cheap genies are when you have to carry them any further than 10ft from the car
- it wouldn't be properly dark until c22:45, and really I need to start packing up at c00:30 latest, so it's a lot of effort for a short session
- bugger, I'm going to have to carry this lot back to the car as well

A superb close hunting Barn Owl eased the apprehension and I carried on. By the time I'd got everything in place and lit up, it was c22:30 and 19°C. I set the tripod up away from the gennie and got the i-Pod running on shuffle through the superb little X-Mini speaker - an eclectic mix of Bob Marley, The Selector, The Clash, The Smiths, Goldfrapp and Oasis is always a good idea whilst mothing!

Almost as soon as I'd lit up the sheet was inundated with caddisflies and other non-lepidopteran stuff, shortly followed by a few Middle-barred Minors and Chrysoteuchia culmella. But after half an hour or so I got the feeling that it was not going to be anywhere near as good as I'd anticipated. The conditions were great with partial cloud cover, a light warm breeze and temps holding up, although there was a pretty bright and full moon. I then had a great sense of de ja vu, and remembered that back in 2001 when we trapped here it was not the greatest night for numbers or diversity. Maybe the site would be better with more coverage and overnight trapping. I stuck with it until midnight but it remained slow throughout and with no sign of Dog's Tooth at the sheet or on trap patrols I decided to start packing up.

The first two traps were more of the same as the sheet - nothing really exciting. The third trap was a little busier, and on the penultimate egg tray there was single Dog's Tooth. This perhaps should have been a moment of great relief and joy, knowing that the effort and personal sacrifice was worthwhile (is that too melodramatic!). However, this sole individual was actually a tattered, worn and generally bollocks Dog's Tooth. Arse. Success and disappointment in one tatty brown body. 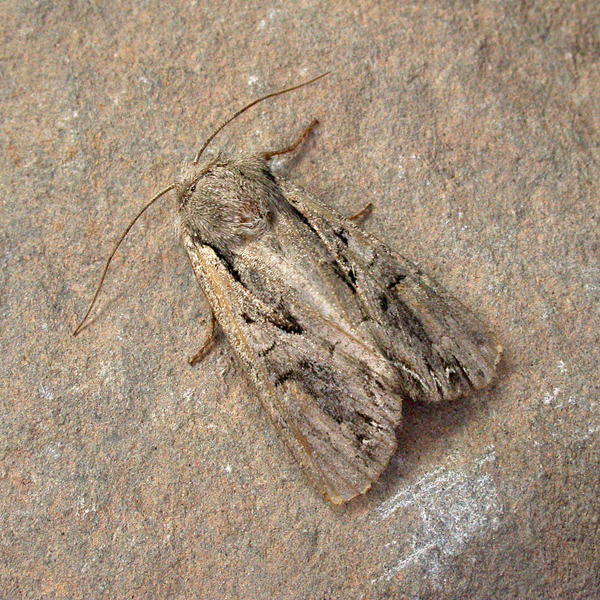 Dog's Bollocks Tooth
By the time I'd packed the sheet kit up and got everything back to the gate and into the car it was 01:10 and still c16°C. I got home at 01:45, checked the garden traps (a few bits but no great excitement) and finally crawled into bed for some well deserved shut eye at 02:10. I'll sort out the list for another post - though don't get too excited!
Posted by Skev at 20:47