Not done much lately, but here's some inverts that I managed to catch by hand whilst out on me bike or in the garden ...... 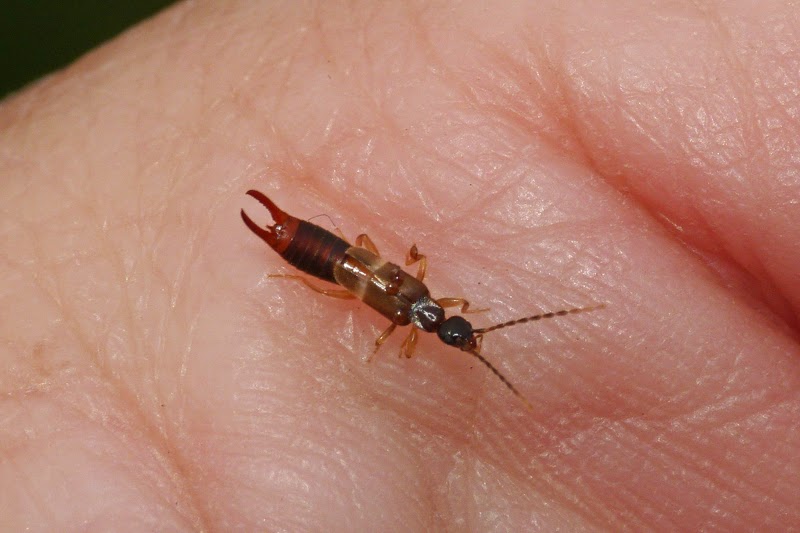 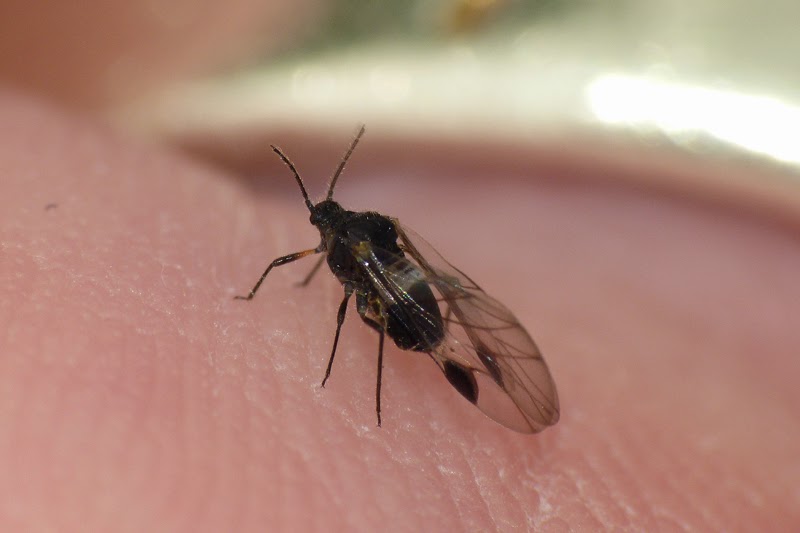 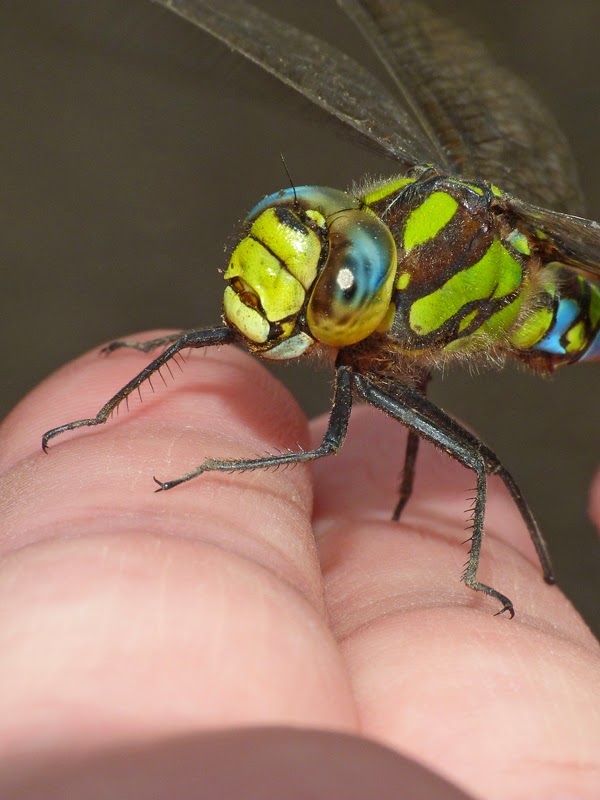 Southern Hawker - Whetstone, 05/09/2014
This one wasn't exactly caught by hand - it was flapping about on the ground and seemed oblivious to me to start with and then grateful of a hand up to a bramble stem. 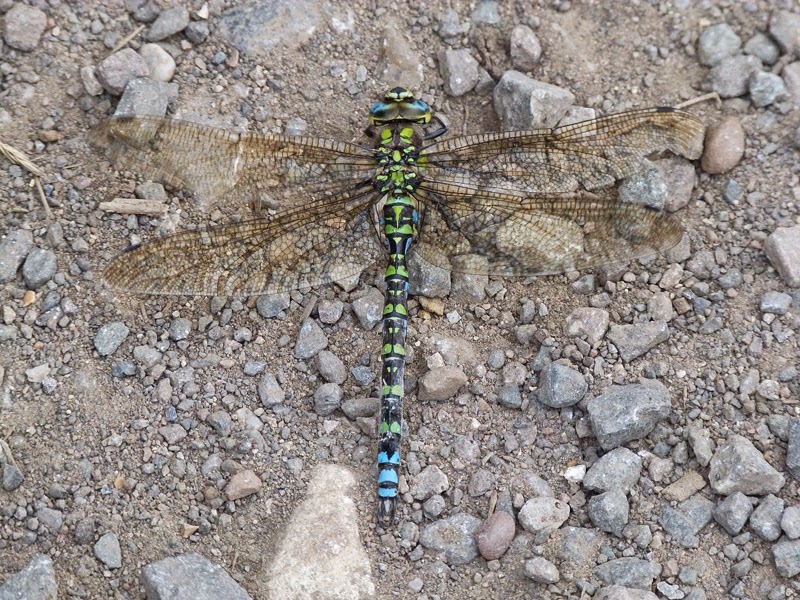 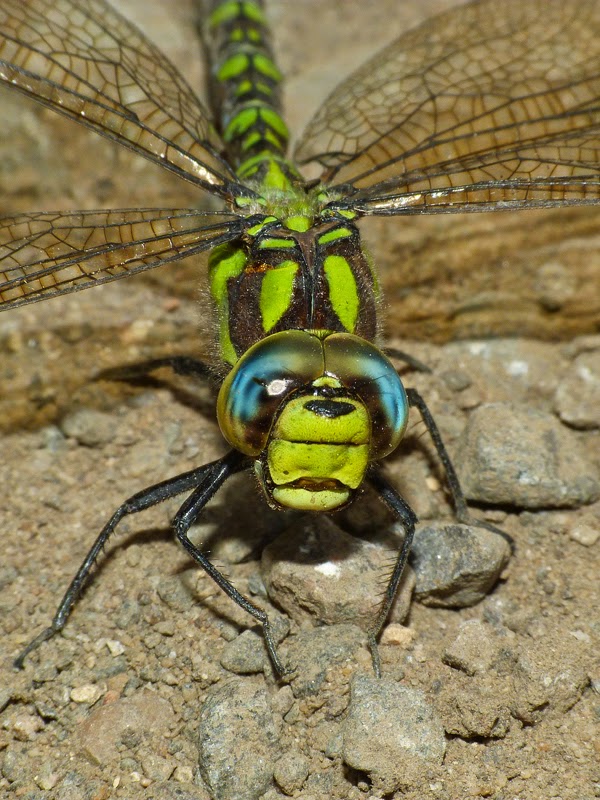 This next one wasn't caught by hand either, but one I found by day in the garden and managed to pot up on 28/08/2014. It's an Ochsenheimeria sp., and ID is still to be fuly resolved though I think it's a female O. urella which is very rare in VC55, but it could be an O. taurella which would be a VC first. 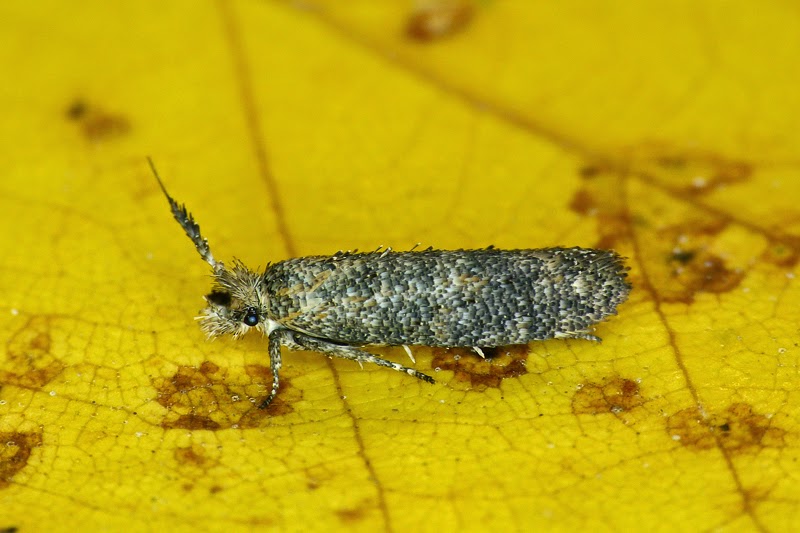 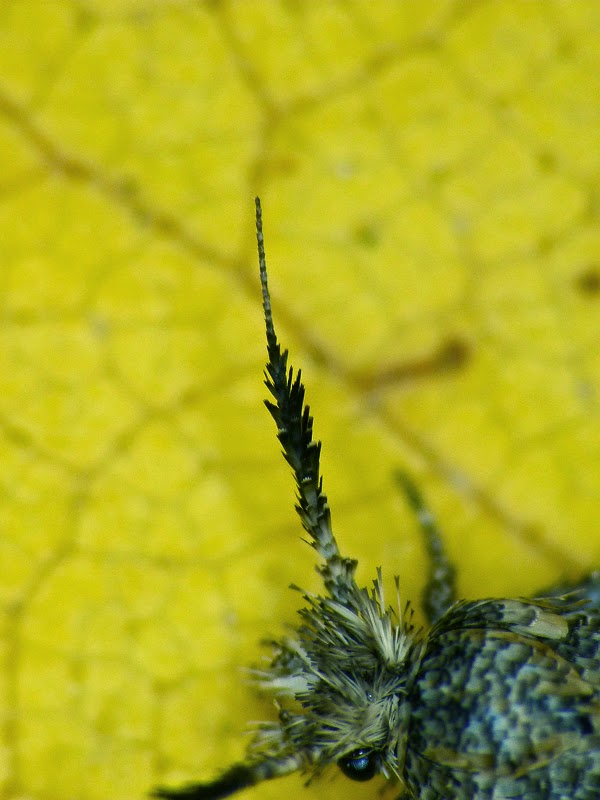 Look at the swanky antennae and bifid head hairs on that!
Posted by Skev at 22:08