I've been a bit lax when it comes to phtographing moths just lately. A few good nights in the traps at the end of last week and over the weekend, but I couldn't be bothered really to pot a few up for later photography. The only one I did pot up to have a go at was a NFG micro from 17th - Phyllonorycter harrisella. This is an oak feeder, so not exactly high on my expected list, but nevertheless it is the 649th species, 343rd micro and 12th Phyllonorycter on the garden list. Having potted it up, I then made a right hash of getting a good photo so here's a pants one ....... 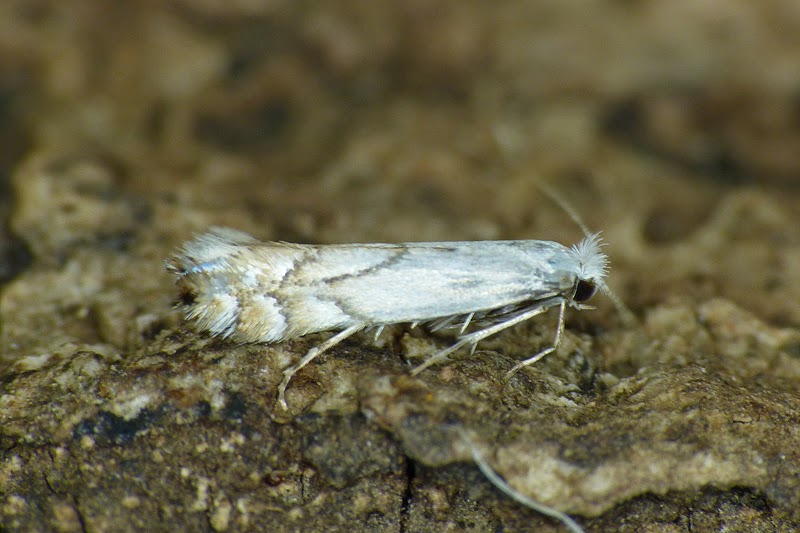 Otherwise, a hawk-moth shot in low early morning light and three photographed with flash around the garden moth trap last night (I ran one until around midnight then packed up before the forecast deluge hit). 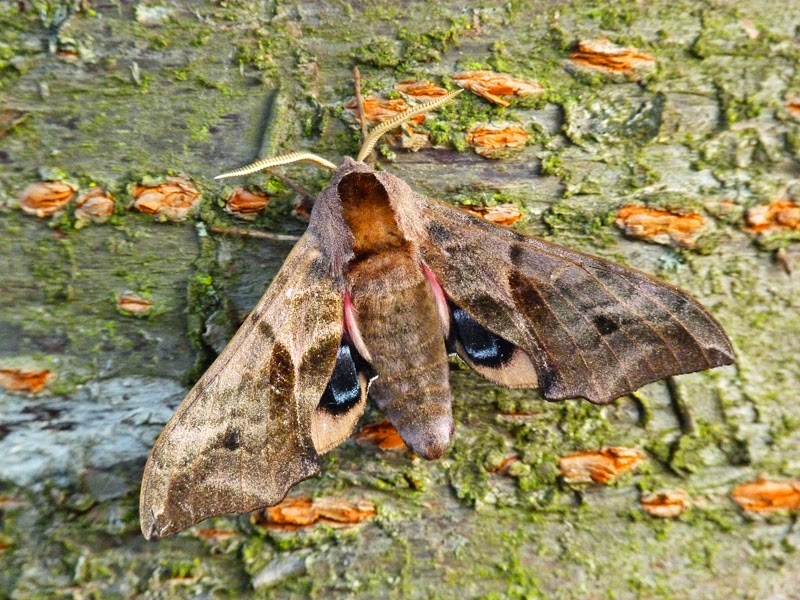 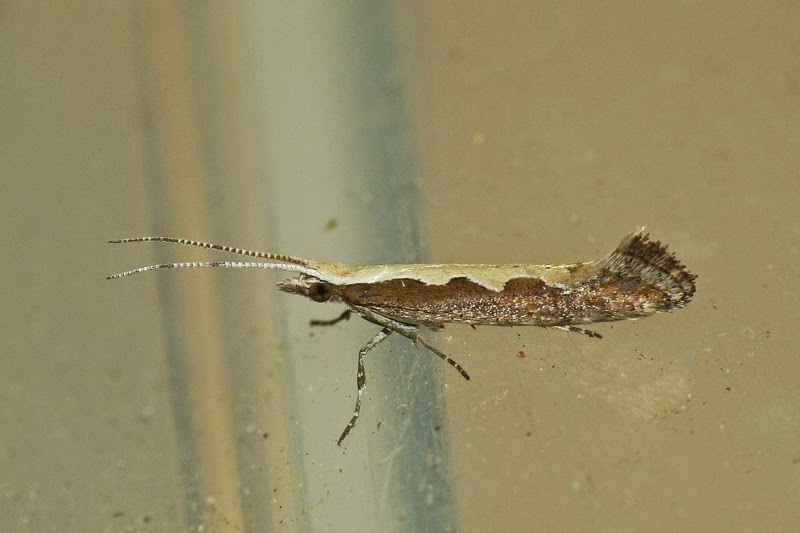 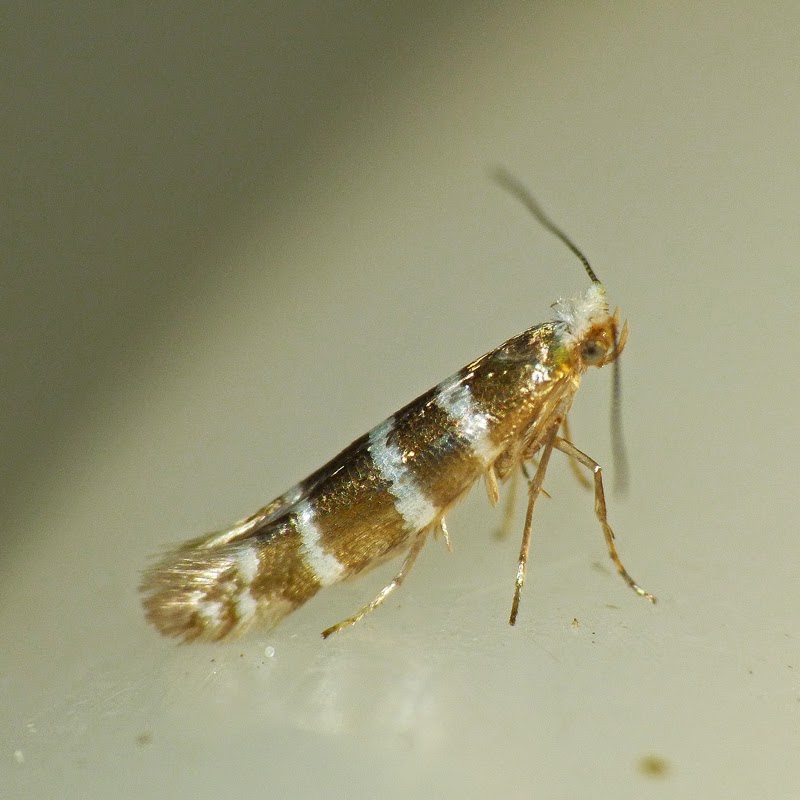 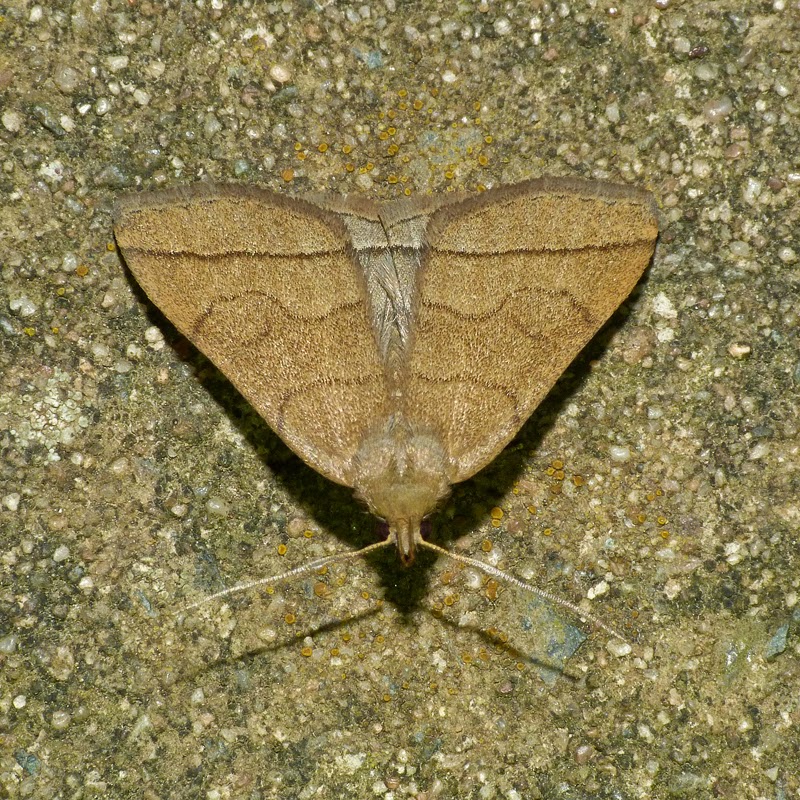 Have been following you for a while now, and found your photos and posts a great source of information as I'm new to "bugs" , been birdwatching , wildflower hunting for a few years now. Enjoy reading what you have to say and your photos are great. Happy hunting...
Amanda ( the quiet walker)

Many thanks Amanda. I'm still learning lots myself and finding lots of interesting things, so hopefully I can keep this blog going for a fair while yet with a good mix of stuff.