My name is Mark Skevington, and I am a mainly reformed twitcher with very occasional lapses.

Having been busy all week and holed-up with the kids yesterday, today was the first real chance I had to get over to Oxfordshire and have a go at the superb Oriental (Rufous) Turtle Dove. Happily, I was not alone as John Drunkbirder Hague and Colin Green had also not been able to go before today. We set off at a respectable 07:40 and picked up Neil Desert Storm Howes on the way who wanted another/better look. We arrived at Chipping Norton and it was immediately clear that despite the bird having been present for a week, we were not alone in leaving it late. Still not a massive crowd though - maybe 80 all told. The other thing that was immediately clear was that the bird had not been seen (at least no one was claiming to have seen it). We did the usual on-twitch routine of umming and arring, looking and following for half an hour or so when there was a sudden and direct lurch from part of the crowd into a grassy field by the industrial estate behind the houses. Evidently the bird had been seen, but inconsiderately it chose the same moment to feck off out of sight. All ended well though as it was soon relocated up the road - albeit a good 10 minute frogmarch up hill, round the corner and back down again. Superb scope views as it sat high up in a tree behind gardens at c9:55 - though well out of anyones decent photographic range, and with crappy light even digiscoping would be a waste of time. Besides - the best photos I've seen so far are here. 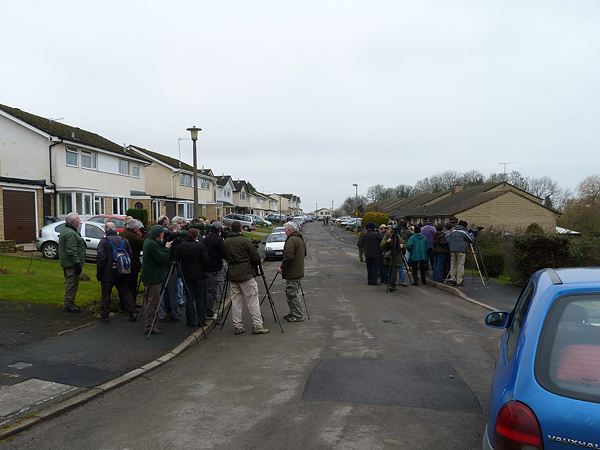 So - a decent mega to finally bring up my British List to 400, though it's been a long time coming. This is only the fifth British tick I've had since getting back into birding in 2007 [and sixth since 2002, with an American Robin in 2004 being the additional distraction!] - evidently I really can't be arsed with it these days.

Once back in Leicester, I decided to head over toward Watermead to try and boost the City Yearlist. First I drove up Thurcaston Road to check out where Birstall Lodge Farm is. I parked up briefly but it was pretty quiet and I decided that the area needed a proper look in better weather another day. Having made that decision, I headed over to Watermead CP South. The first City Yeartick was conveniently sat in the car park feasting on bread with the geese and gulls - a Rook. I'd not long mentioned to John that Rook was one glaring ommission from the yearlist so far. I got togged up and went for a walk around. Further yearicks came in the form of four really smart drake Shovelers, and a bonus Oystercatcher roosting on the island. Nothing much else of interest, apart from the drake Pintail still knocking about and a handful of Goosander. 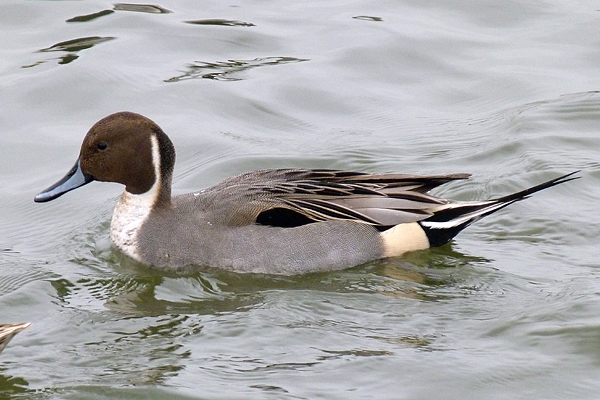 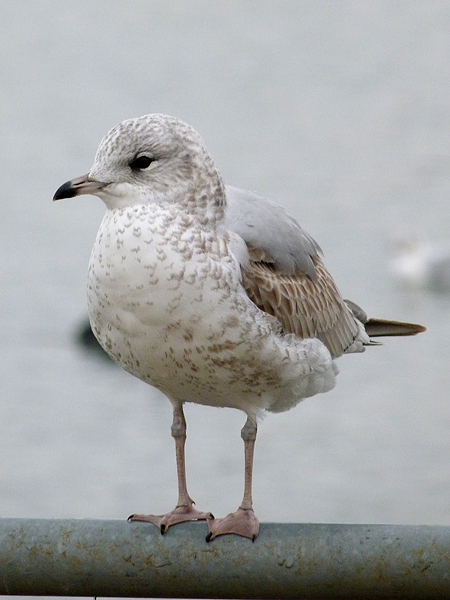 Slightly-backed Gull
Most regular visitors to this blog know my views on the fecking stupidity of some people at this site with their multiple bags of bread, and on how I'd like to see the ever-increasing goose population and various hybrids and domesticated off-shoots dealt with ...... 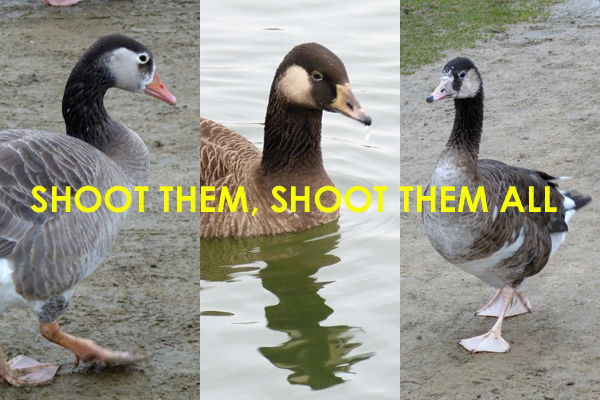 Still, this one can have a reprieve as it looks nice and peachy - I can be as fickle as anyone. 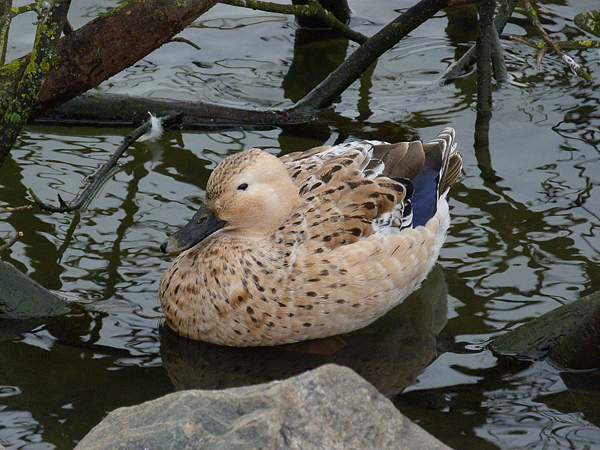 I next headed into the small damp woodland and specifically made an effort to find some fungi. I had some success - I found stuff but I don't know what most of it is .... 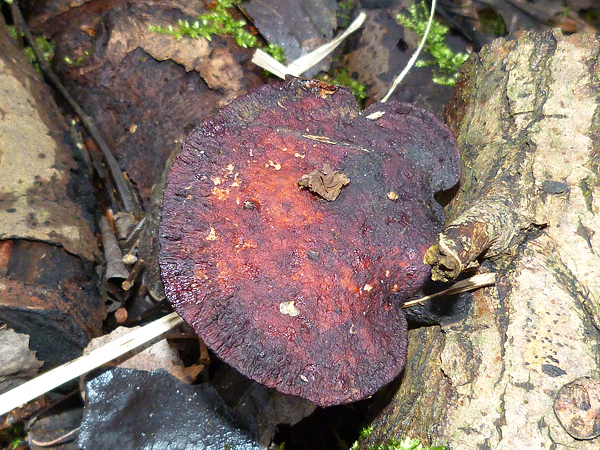 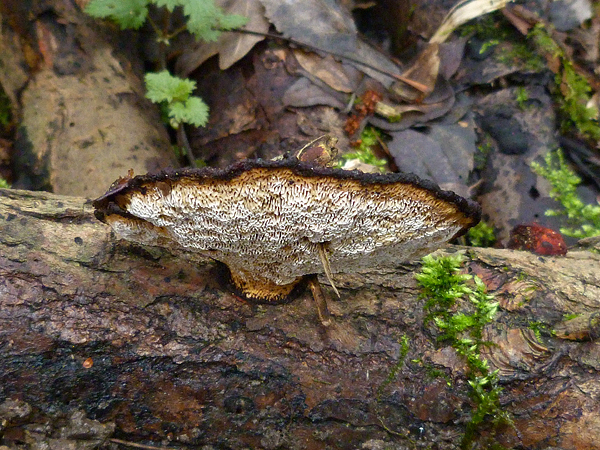 This is the upper and underside of the same fungus - I think it's Blushing Bracket Daedaleopsis confragosa? 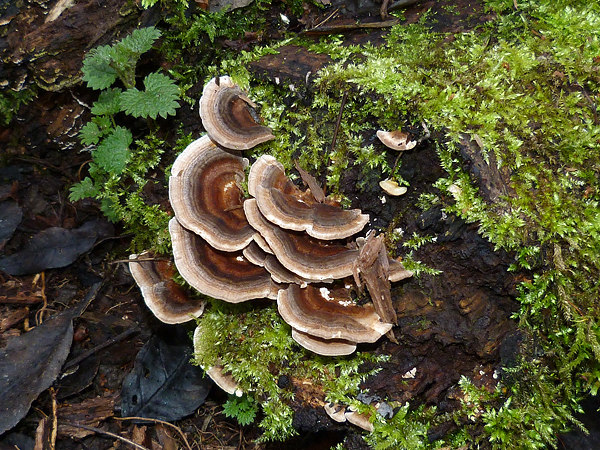 I think this is Turkey Tail Trametes versicolor? 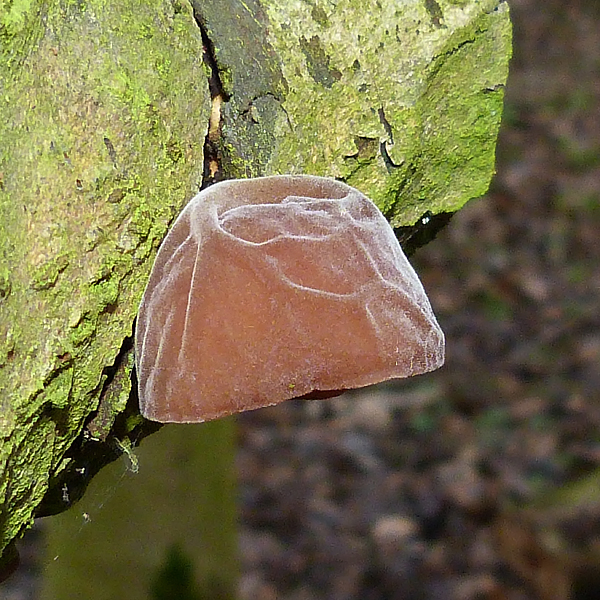 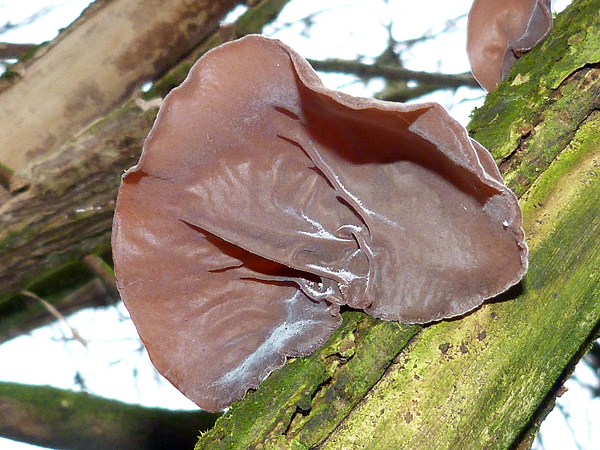 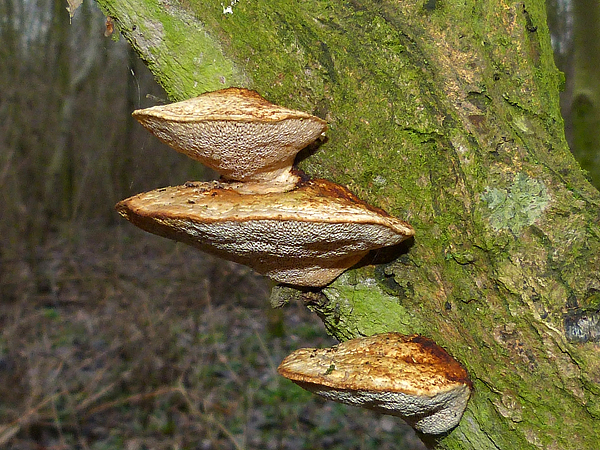 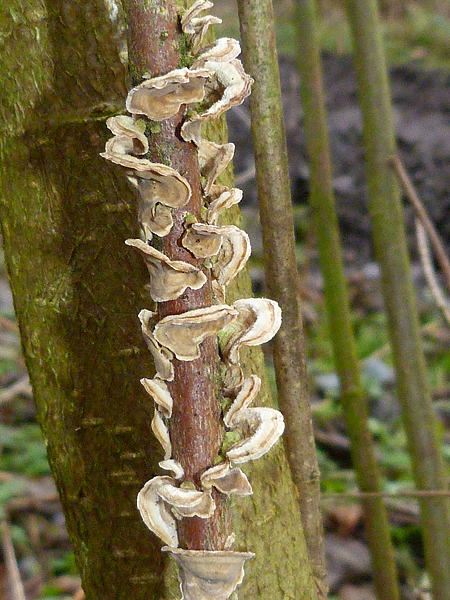 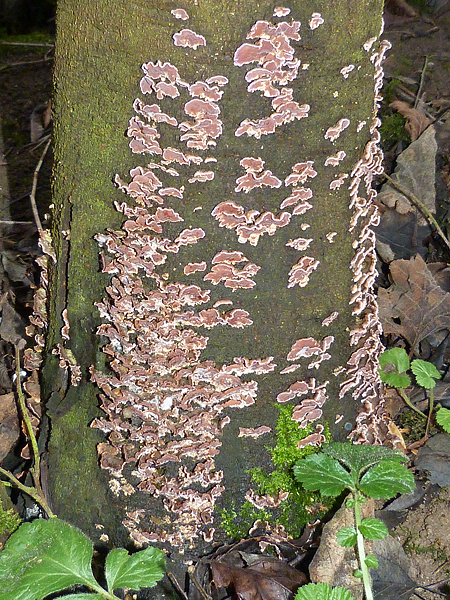 Is this one Silverleaf Chondrostereum purpureum?

Last but not least, found these in the wood aswell - think it's Winter Aconite? 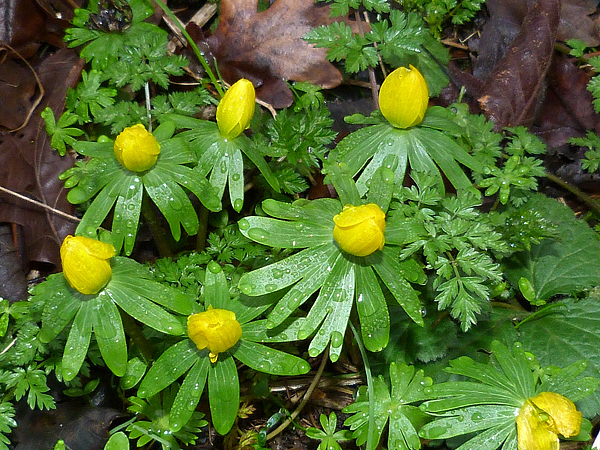 Yes the winter aconites are correct Mark, and I do believe that is a Pintail( photo a bit blurred and distant ;), but the fungi is all new to me. I just know its not a Mushroom or Fly Agaric...

Ah good - another plant I can pretend I've learnt.

Just need Nigel or Dean to have a gander at the fungi now ....