It was just dusky as I arrived home from work yesterday, and the first thing I noted was a micro flying about the front door light. It was the first Agonopterix heracliana for the year, with another already settled on the patio door at the back of the house. I got the 80W actinic setup up and switched on. A little while later, we went to drop Josh off at a local woodland for some weekend camping with the Cubs. By then it was a bit drizzly, but I did note a few moths flying about the dark country lanes. Whilst handing said child over, I spotted a familiar shape resting on the outside of a window in the scout hut - a March Moth, though sadly out of reach to pot up for a photo. By the time we got home the drizzle had turned to light rain and then subsided - I checked the trap and found no moths, so I drained the pooled up water away and left it on. Before I went to bed, another check revealed a Pale Brindled Beauty and an Early Moth. They were still present this morning, but the only other moth was by far the earliest garden Hebrew Character I've recorded (previous earliest 9th March 2007). Brings the garden yearlist up to a modest 7 species, and the overall yearlist up to 12. 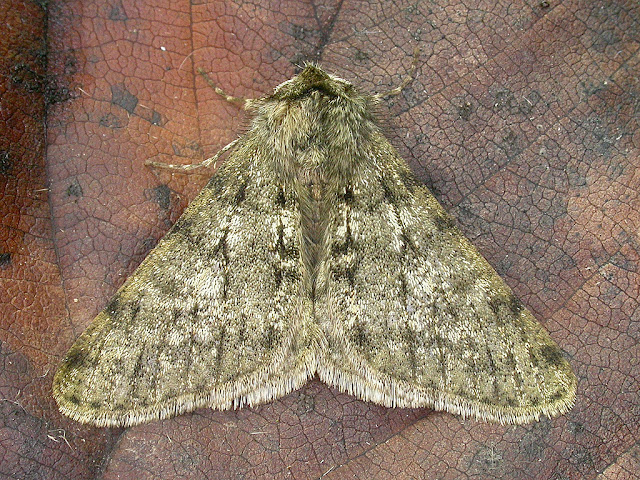 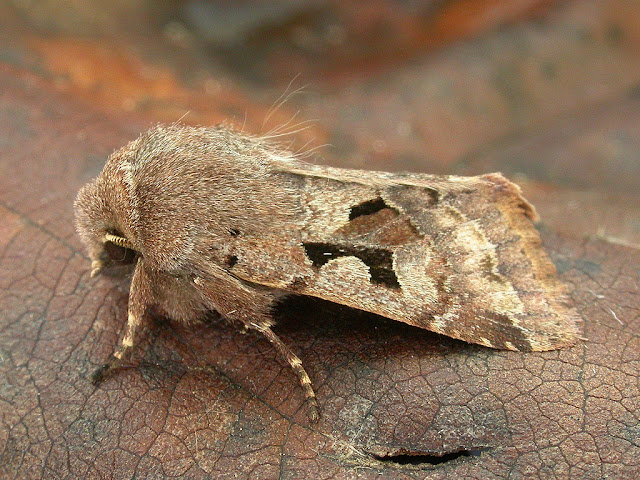 This morning I headed over to Martinshaw Wood for another TTV. Topping the list in terms of birding interest were a Marsh Tit, 3 Nuthatches and a couple of Siskins and Jays. The whole wood was dripping with tits. As ever these days, I found myself losing birding concentration and looking at other things ..... 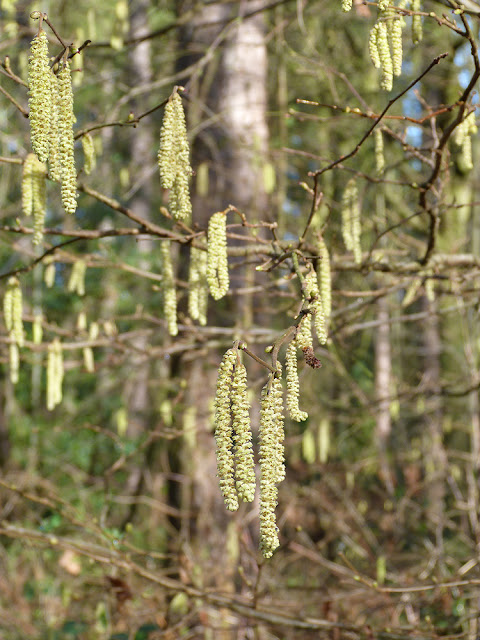 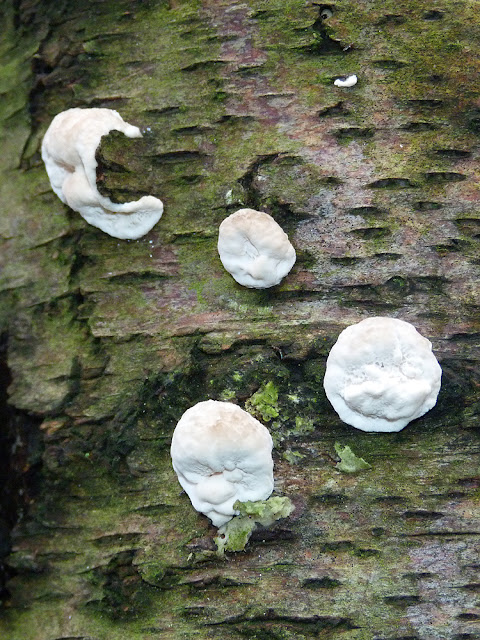 Some sort of fungi on birch in a damp shady part of the wood - any ideas?
(actually this is a slime mould, possibly Reticularia lycoperdon - thanks Nigel) 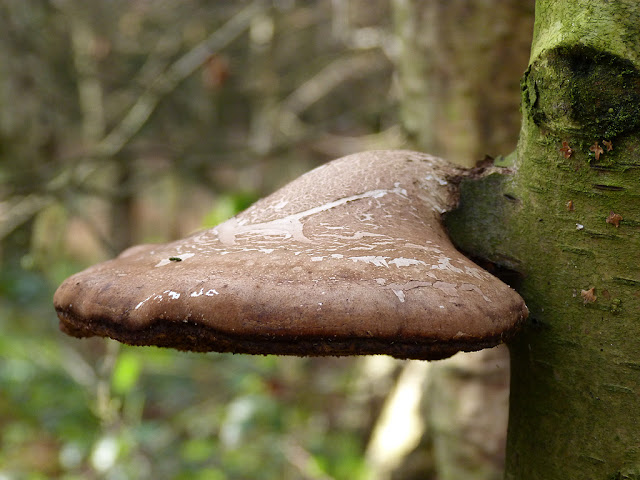 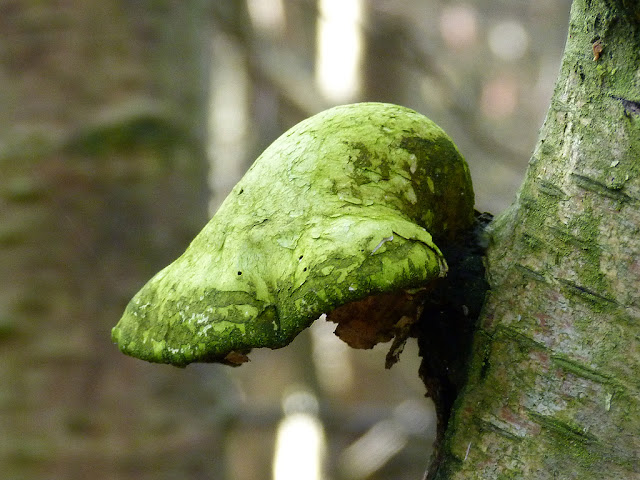 Both the above on the same dead birch - Birch Polypore 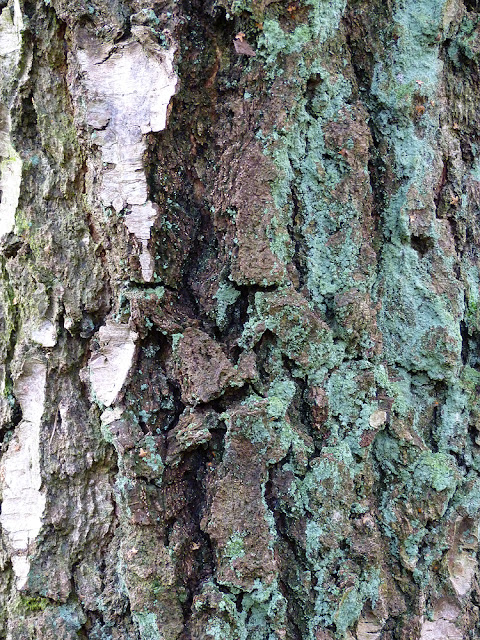 There's something appealing about a knarled birch bark with lichen 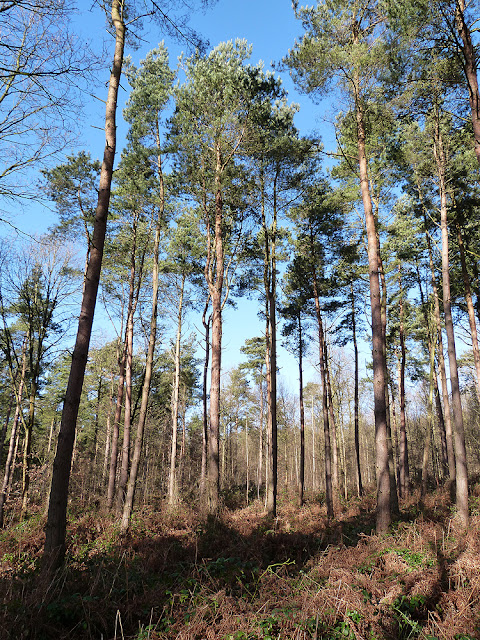 Martinshaw Wood - a typical view
Back at home, further signs of spring were evident (you have to realise I haven't seen any daylight at home since last weekend!). There are bulbs poking through everywhere, the cultivated primroses are flowering, crocuses are up but not quite open, but these are out and proud .. 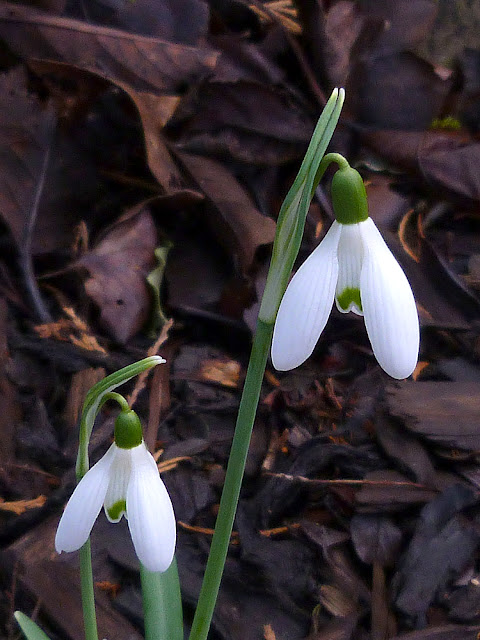 Quite a few 7-Spot Ladybirds around today aswell.
Posted by Skev at 16:52

The bracket fungi is Birch Polypore but the white ones look like a slime mould possibly Reticularia lycoperdon,
I find them growing on old Hazels around Morpeth. I'm yet to see a moth this year apart from in the car headlights...must try harder!

Thanks Nigel - I keep finding these things but I've got a long way to go along the fungal/mould learning curve!