We got home from our very relaxing cruise on Monday, and despite not being back in work until Wednesday I'm still a bit knackered from the long flight home and the time difference.

I mentioned that we were going on a trans-atlantic cruise: we flew to Malaga on 06/11/2022, got on the ship and headed down past Gibraltar and Morocco and landed up around the Canaries on 09/11/2022 before heading out for six straight days at sea. I knew we'd essentially see nothing from the ship during the six days in terms of land/islands, but actually it was quite a weird feeling of being isolated and brought home the enormity of the planet in a way that you cannot truly sense from film, photos from space or flying a long way. Of course, we were far from alone whilst on the floating hotel but for six days and nights, in all directions, nothing but horizon, sea and skies. During those six days we saw one other ship, one airplane go over and the space station once. I saw a couple of small groups of Cory's Shearwaters and a single Brown Booby the first day, and a single Masked Booby on the last day. I also saw masses of flying fish every day, but zero cetaceans. The Atlantic seemed like a desert; but from the top deck of the ship looking out, the visible horizon is <15miles, and the whole Atlantic is >41 million sq miles ....

Our last view of land before heading off across the Atlantic was the harbour at Las Palmas, Gran Canaria on Thursday 10/11/2022 evening. 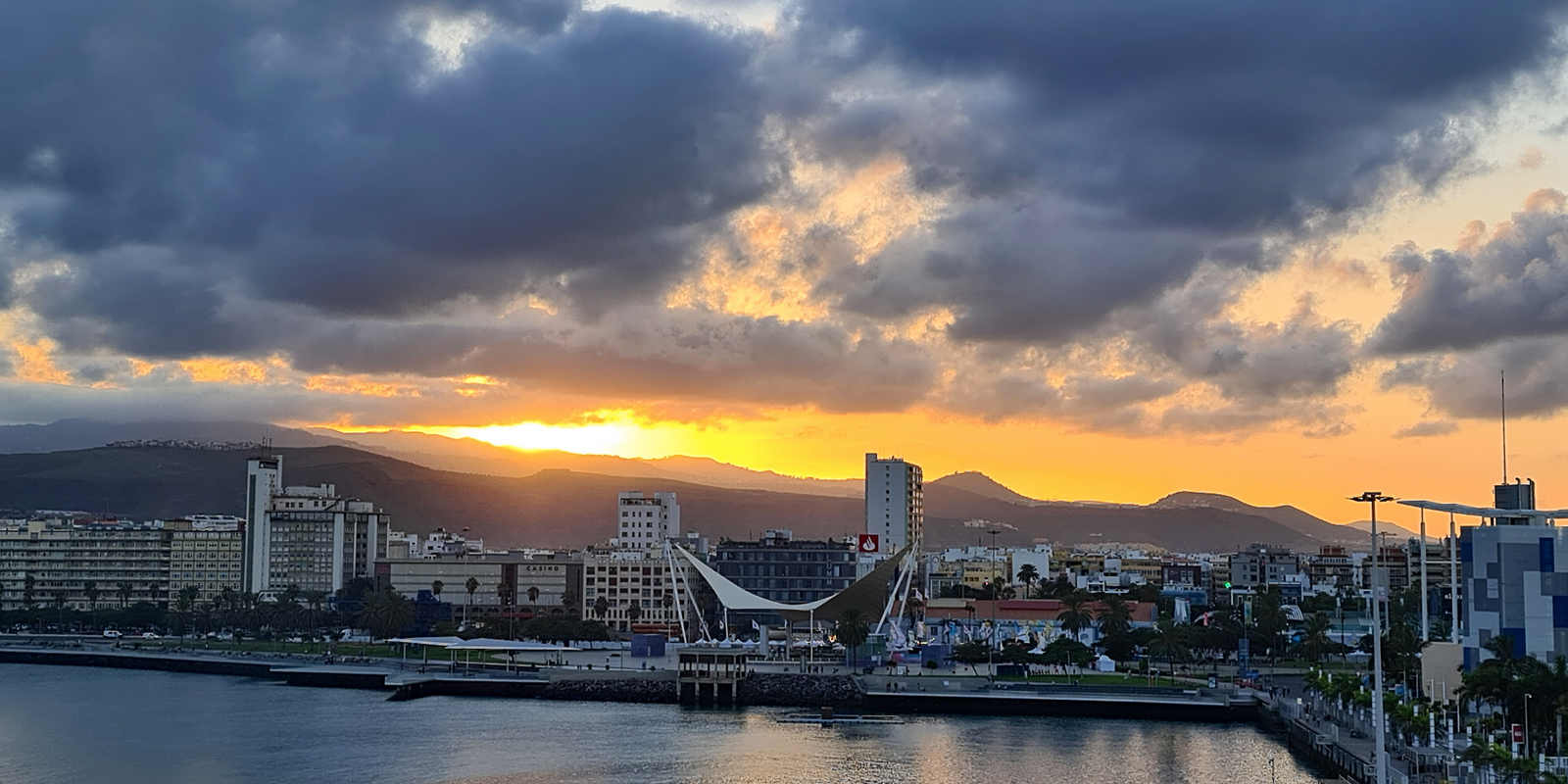 From sunrise on Friday 11/11/2022 until sunrise on Thursday 17/11/2022, we saw nothing but big skies. Every day from leaving Malaga until flying home from Barbados was littered with long periods of hot sunshine, but whilst out at sea we saw plenty of distant rains and cloudy spells, and we had a couple of small showers - the only properly wet episode came in the early hours of the first night when we passed through a front and experienced pretty rough sea and a massive electrical storm with torrential rains.
In between making good use of the on-board bars, restaurants and casino, I pointed my phone camera at the sea and skies at various times - though generally not when there was nothing but clear blue skies and sea. I make no apologies for piling a load of images here that are, essentially, of nothing. Listen to this piece whilst perusing them after clicking for a bigger view.... 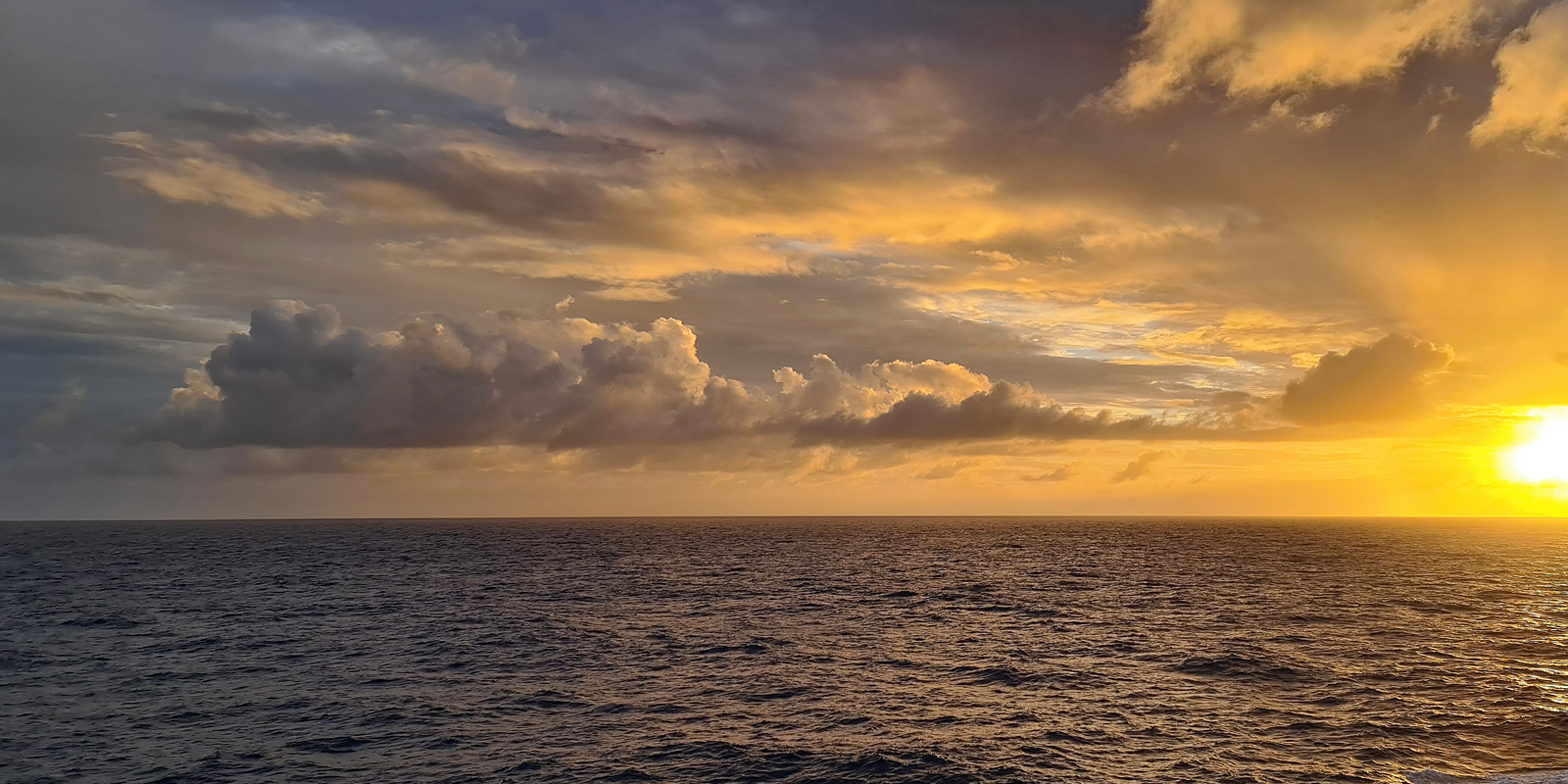 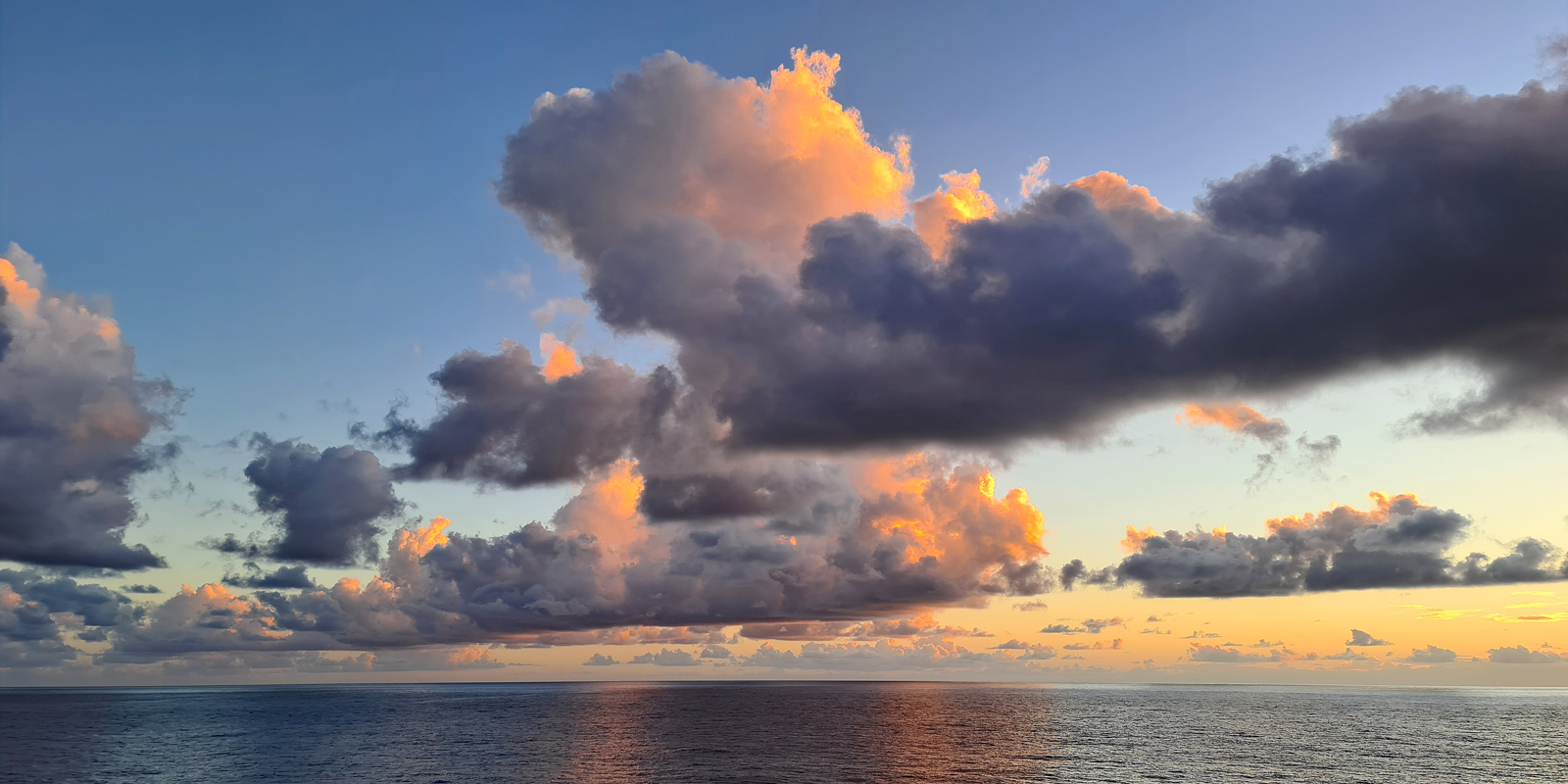 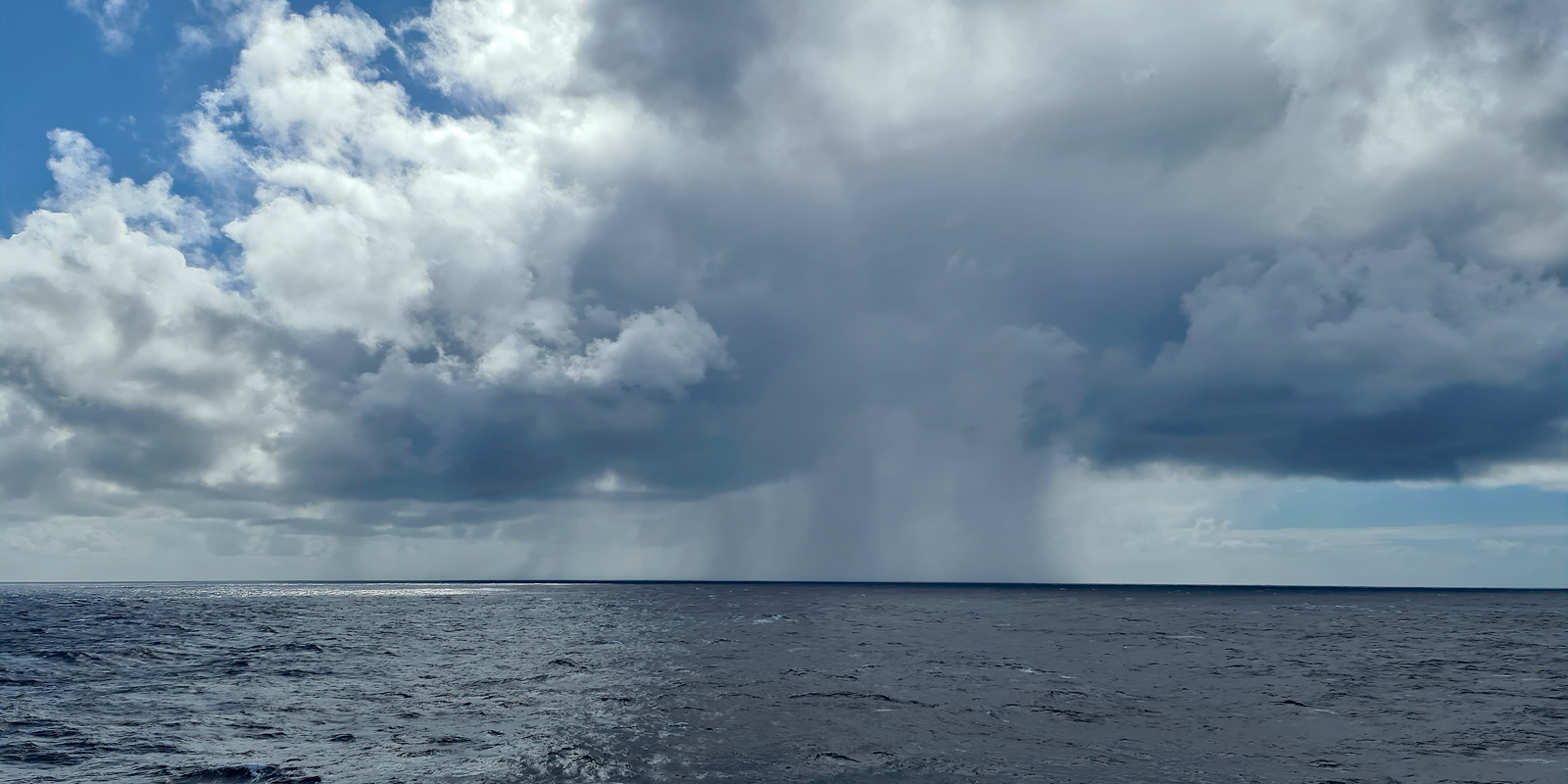 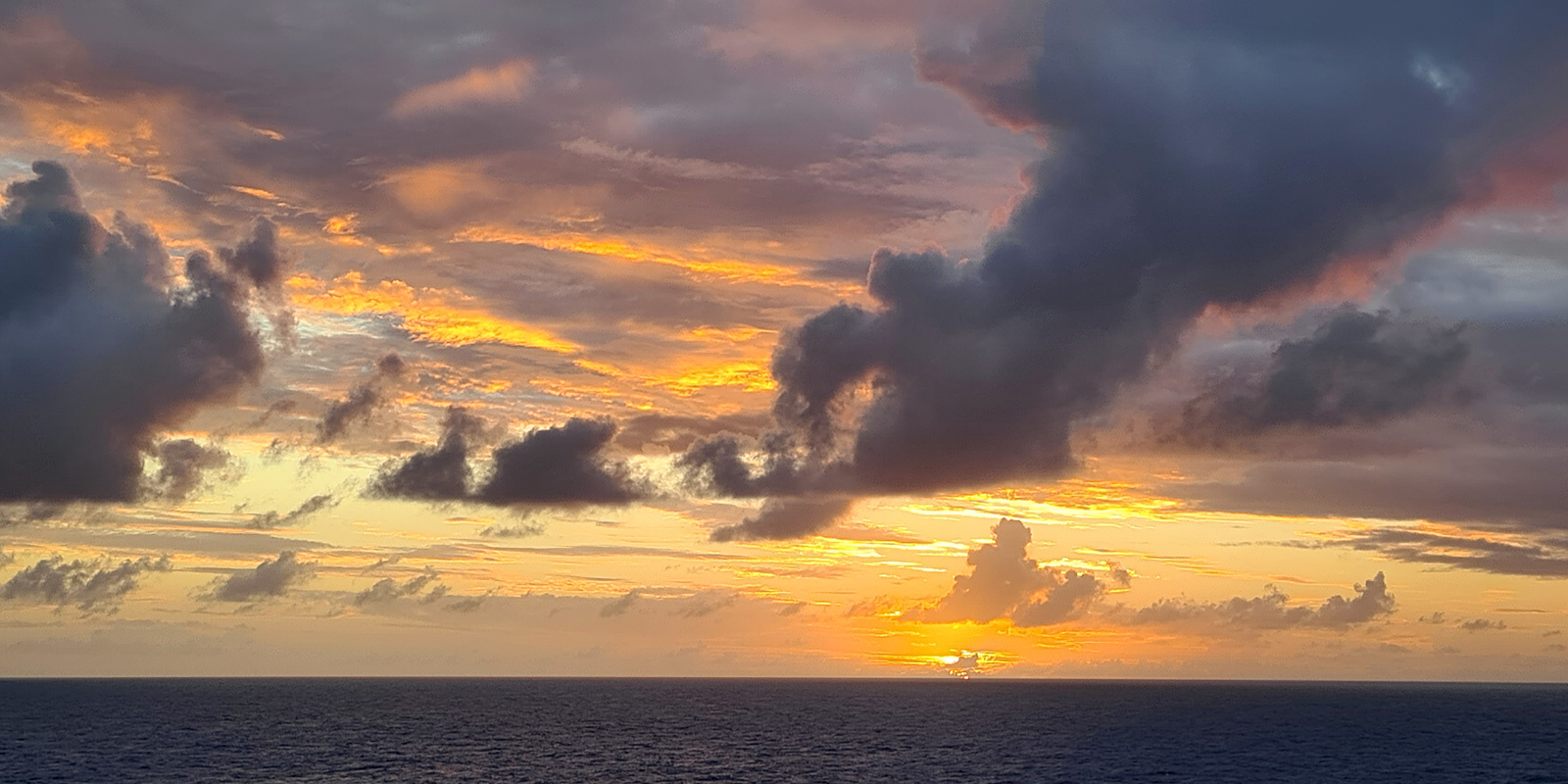 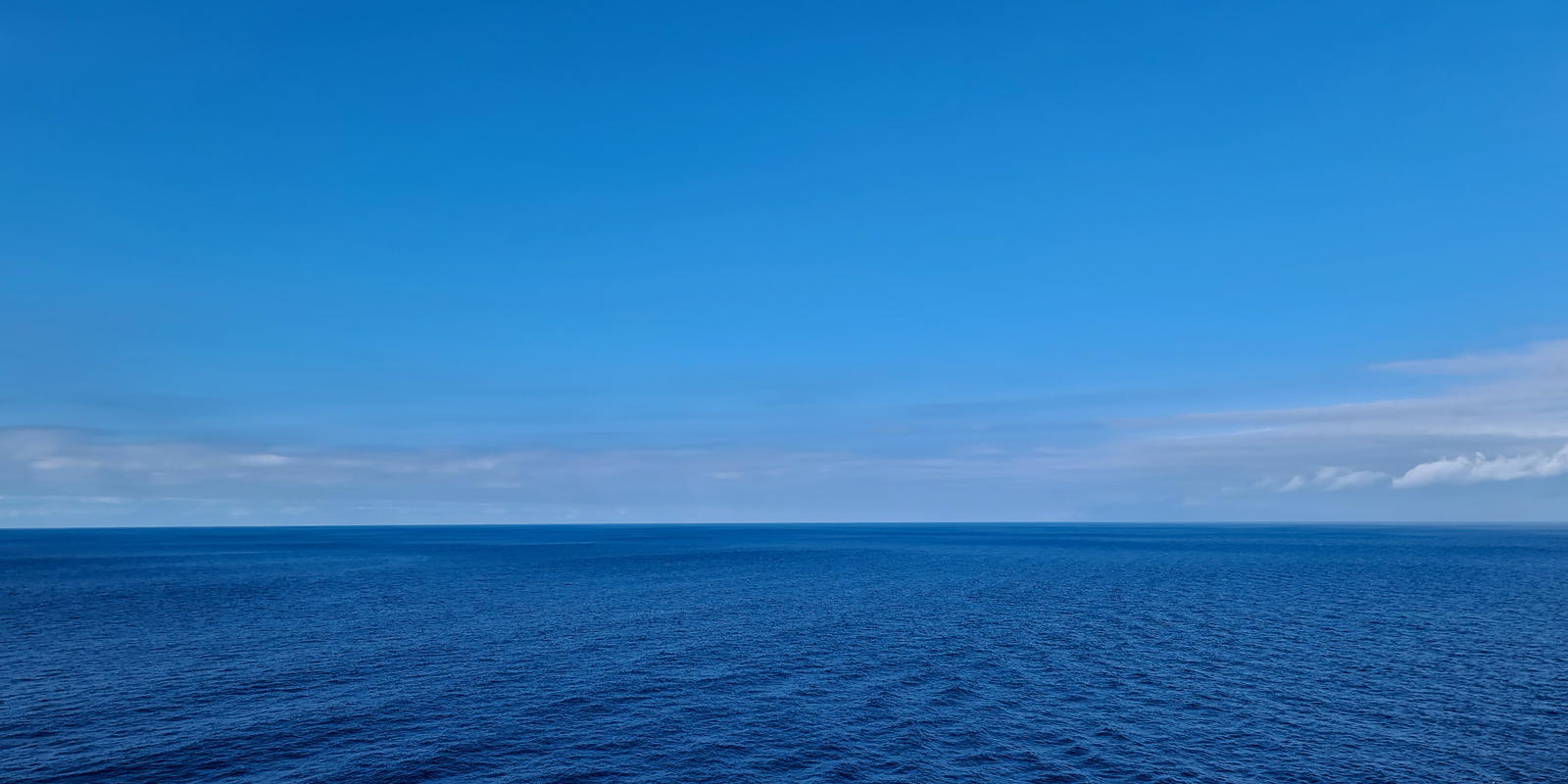 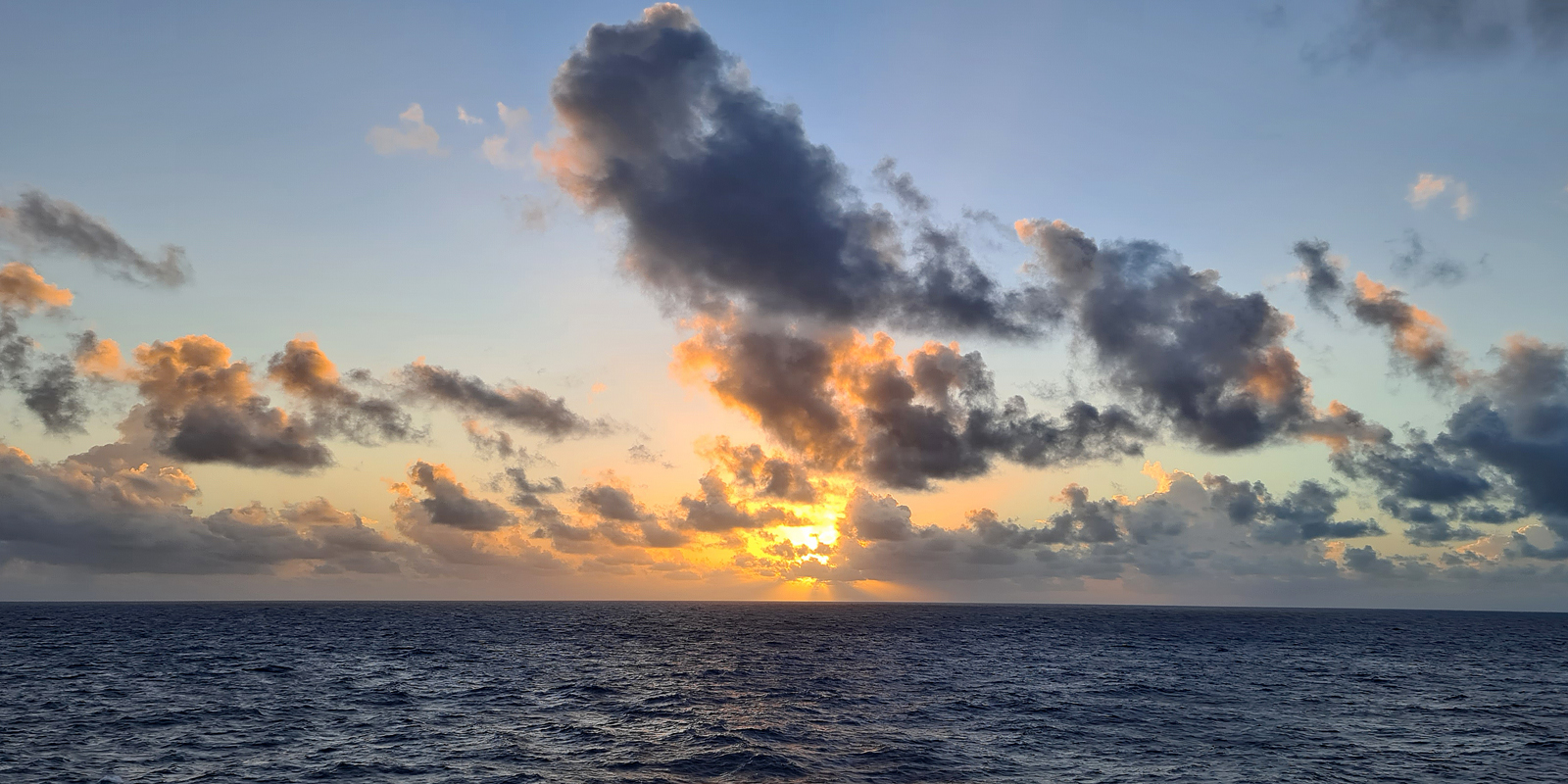 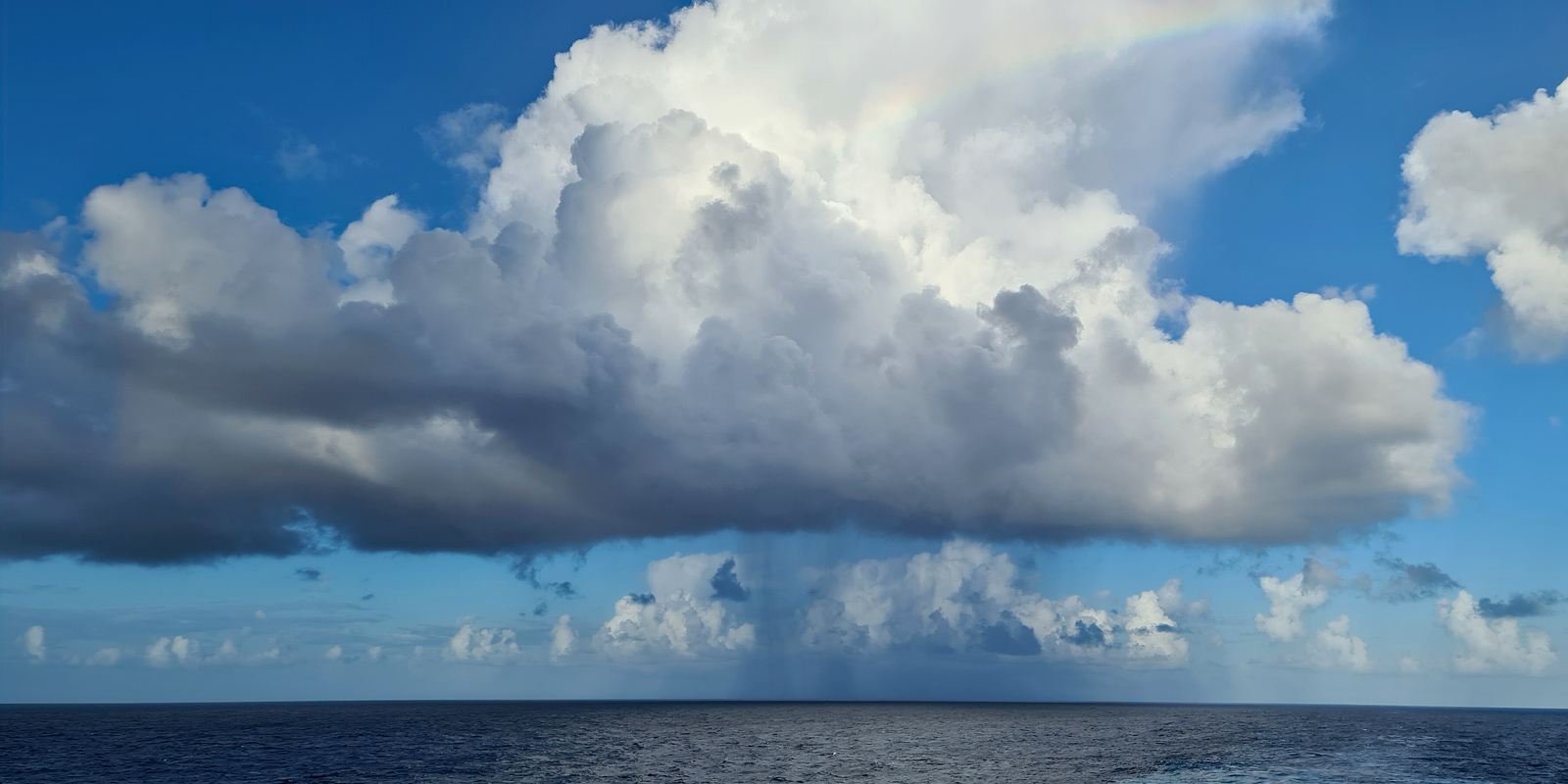 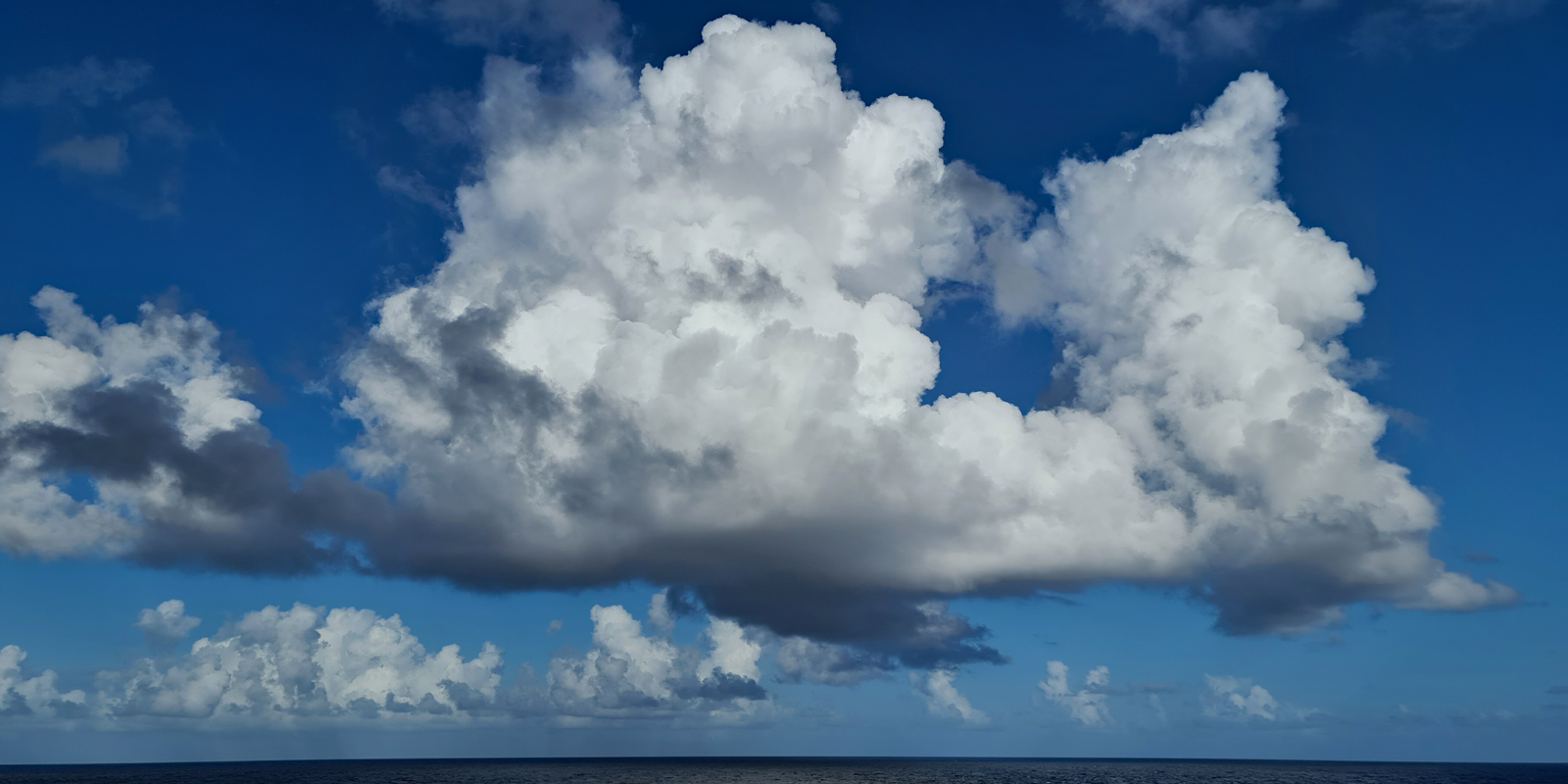 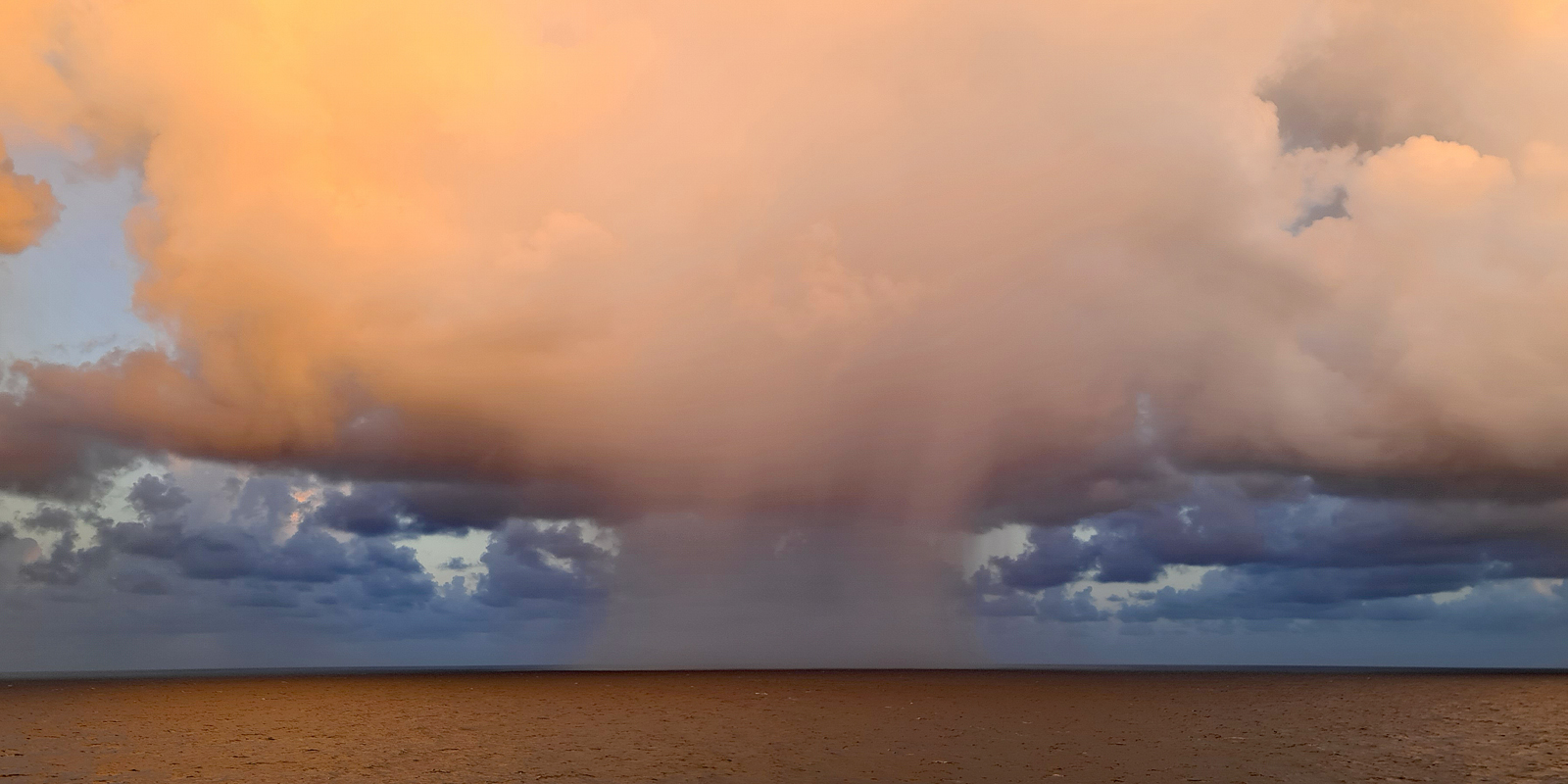 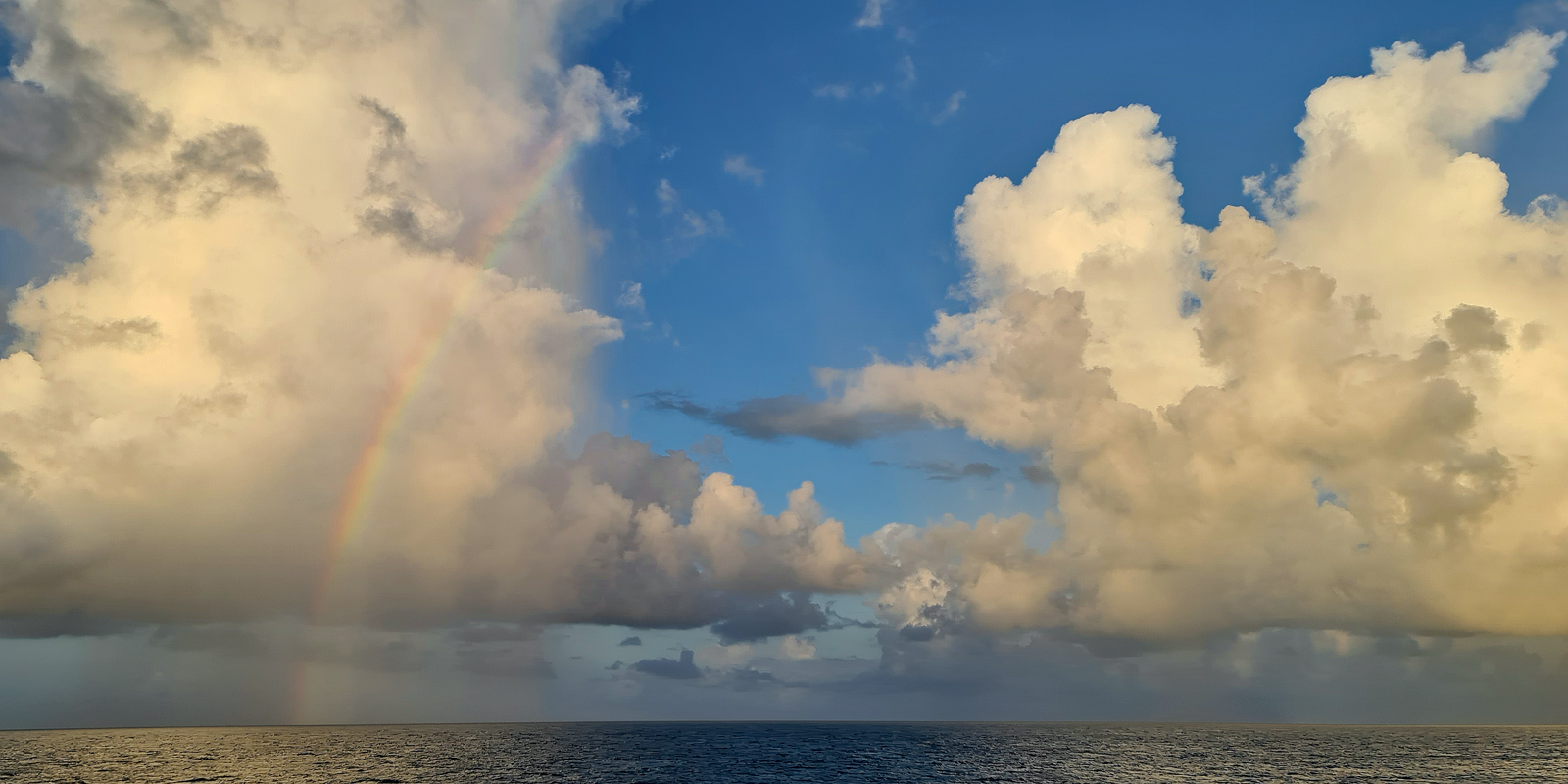 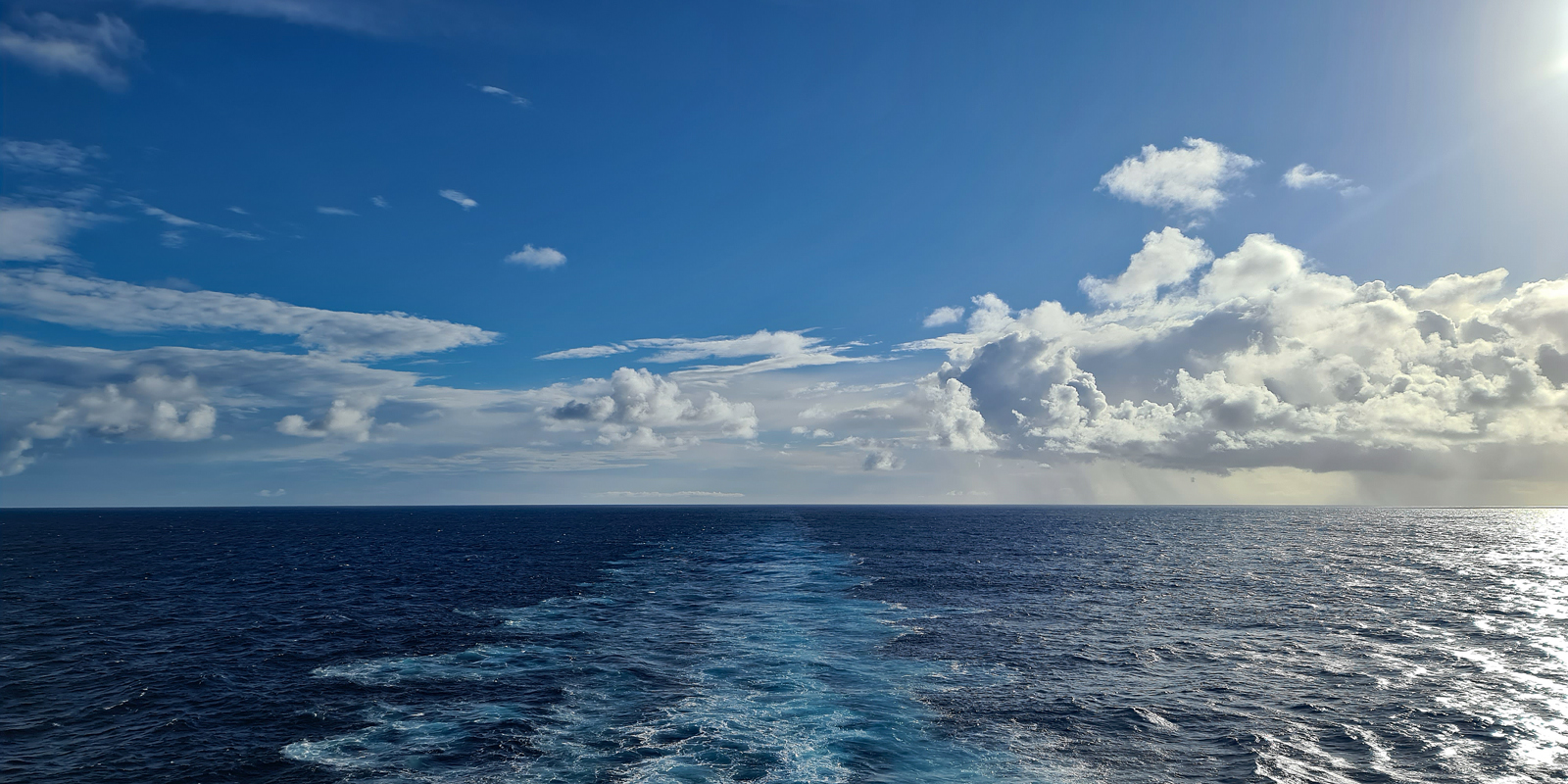 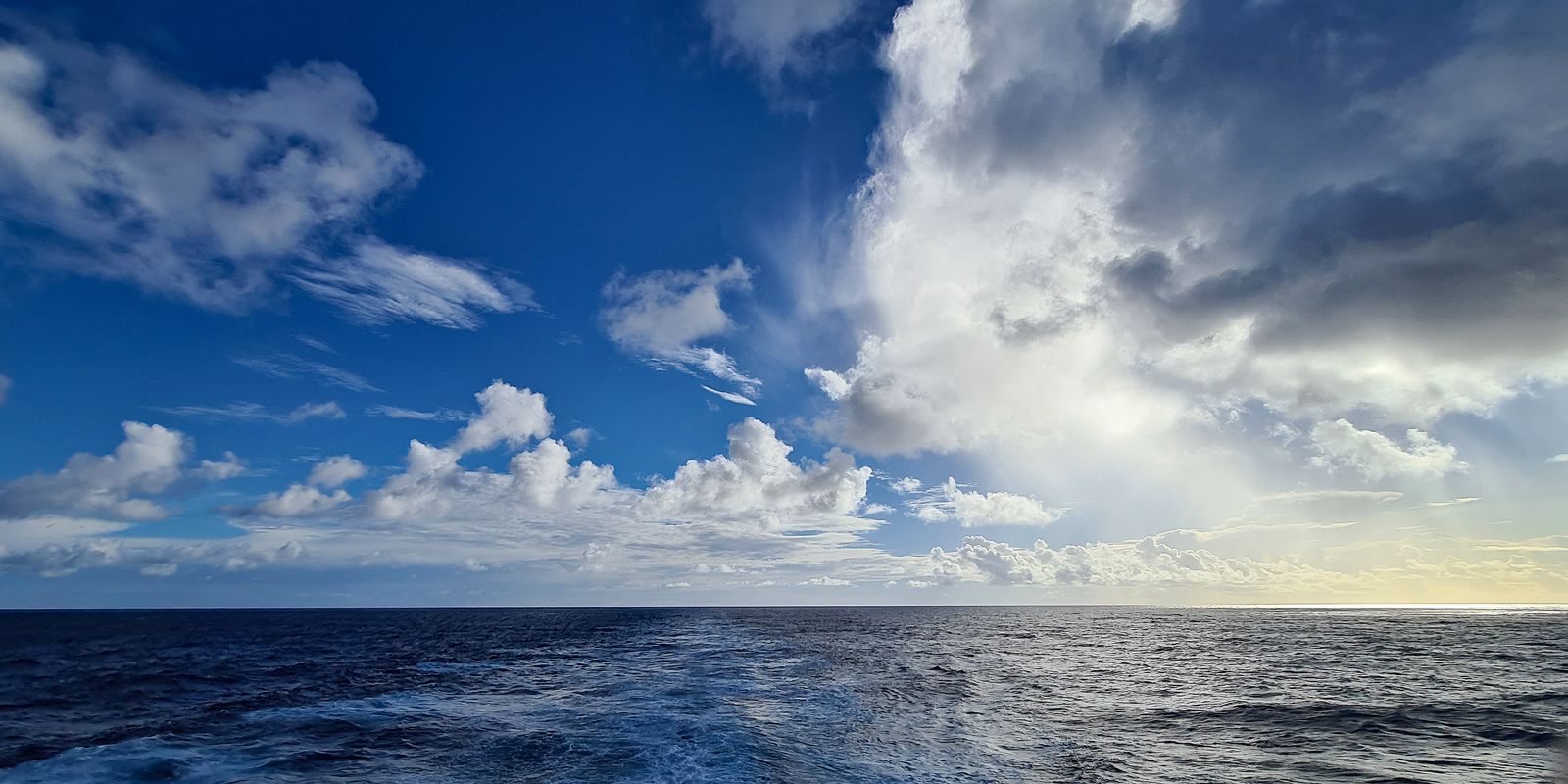 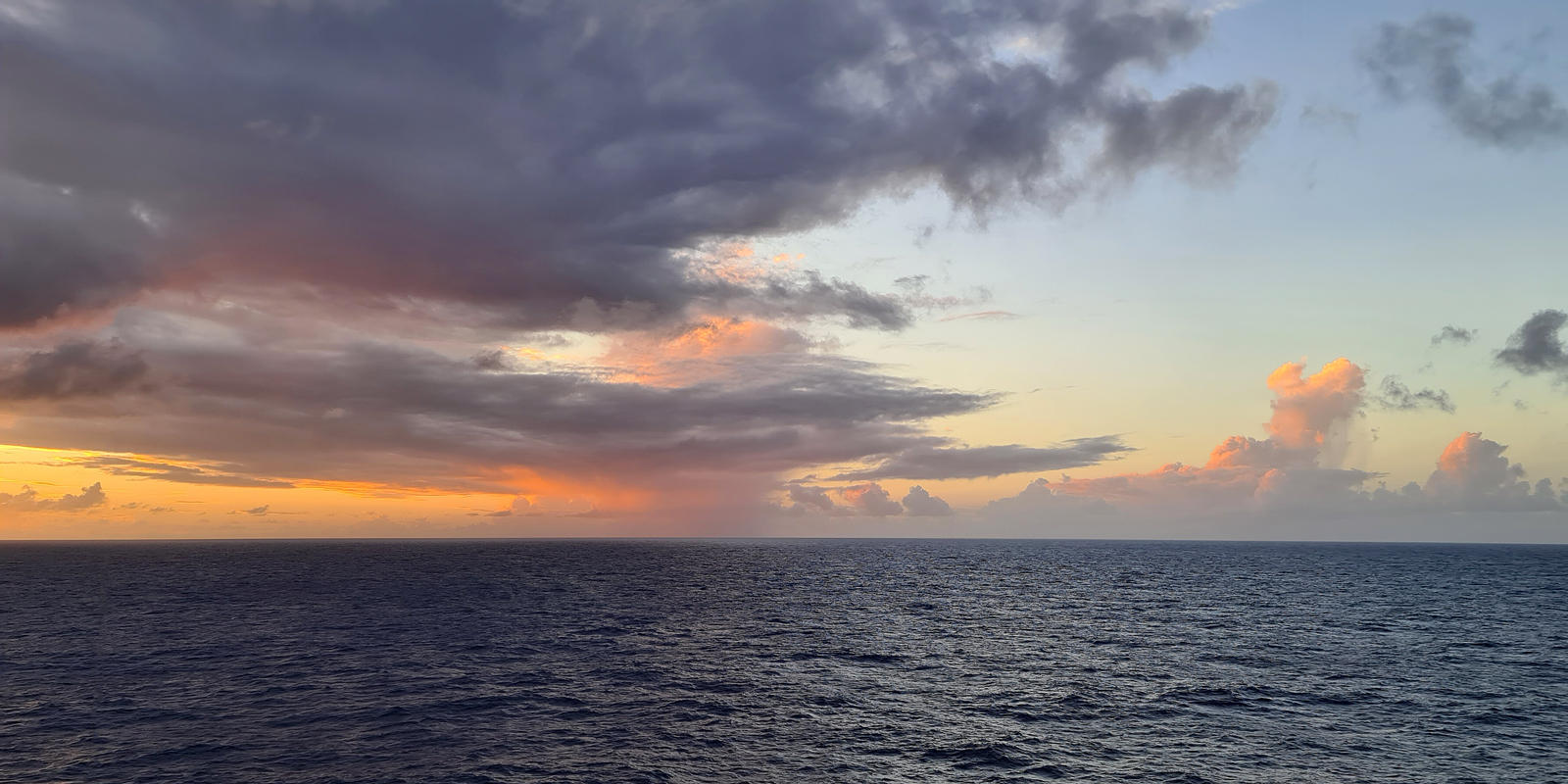 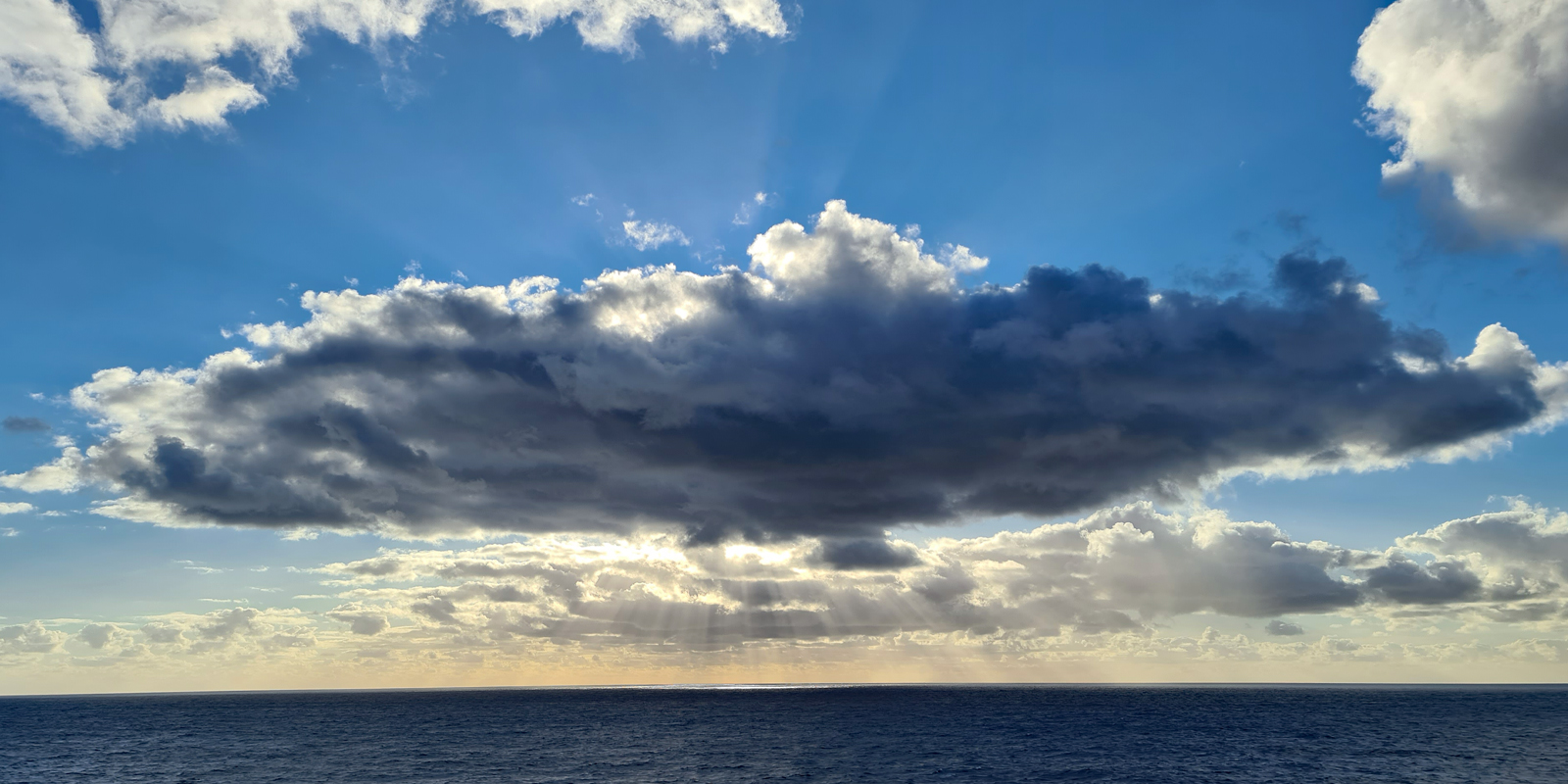 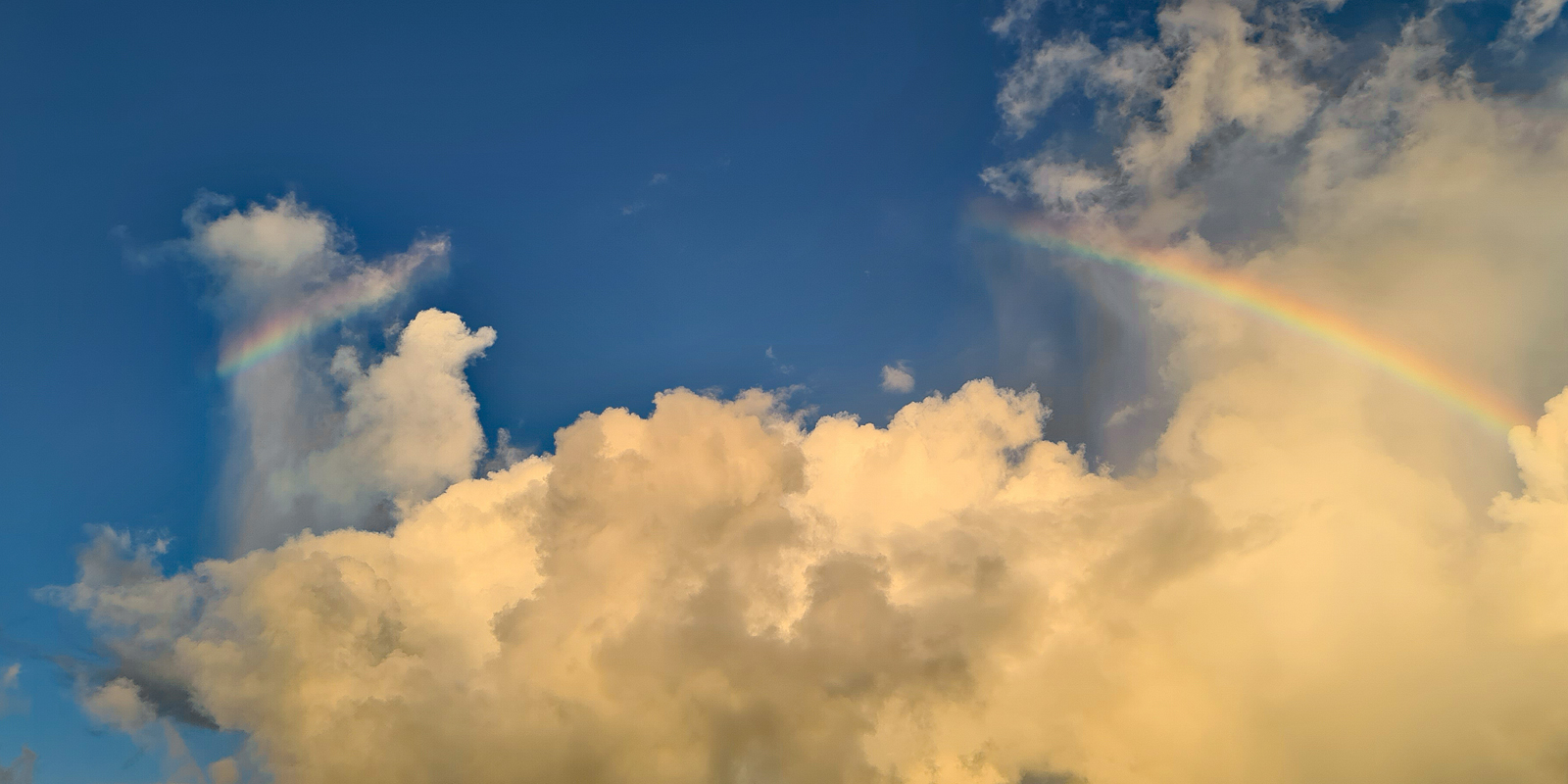 Our first sight of land on 17/11/2022 was the distant shapes of Antigua and small surrounding islands - overshadowed by massive rains. 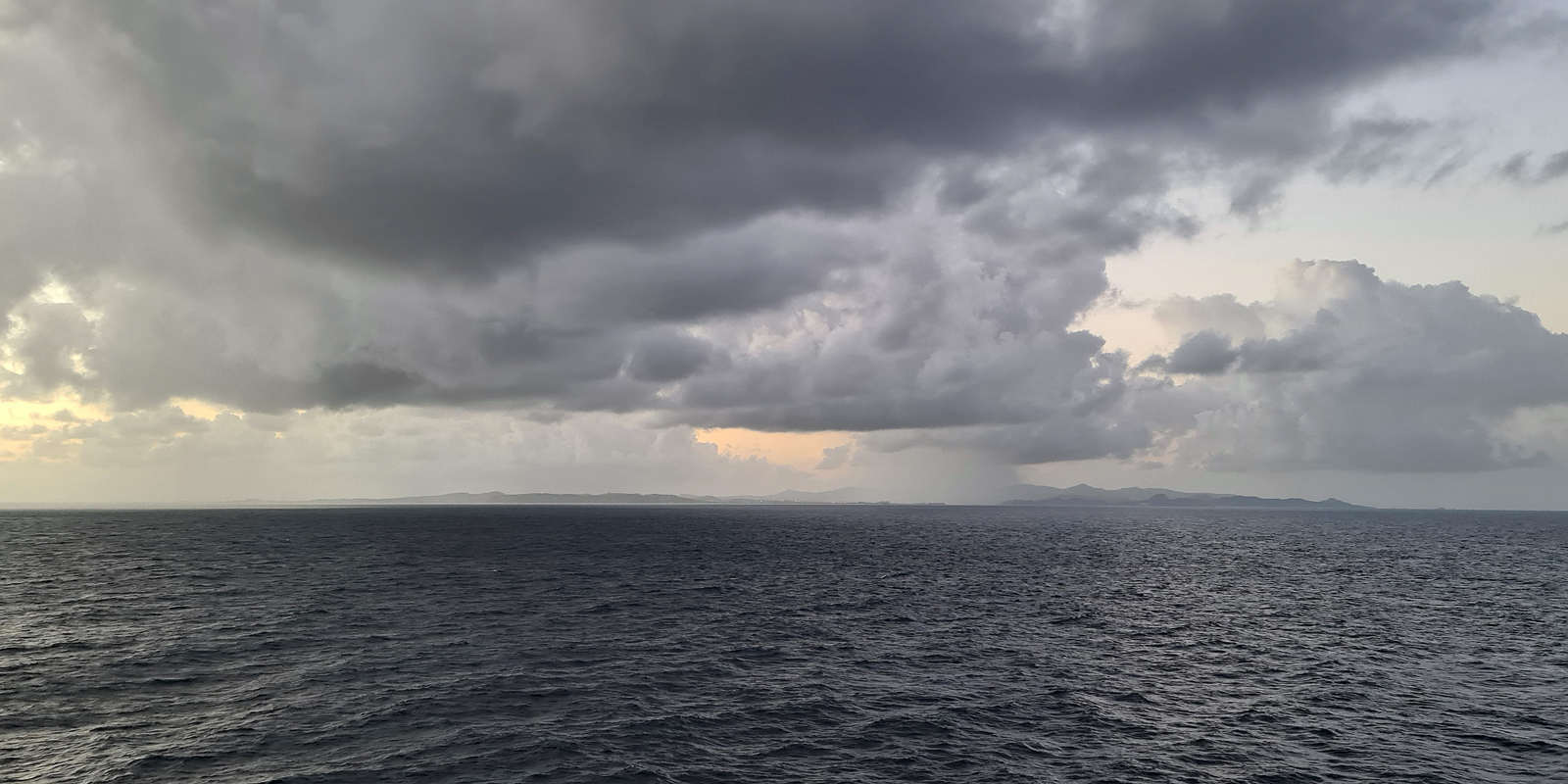 By the time we actually docked in St John's an hour or so later, the sun was fully up, the rains had moved on and the skies were clearing. 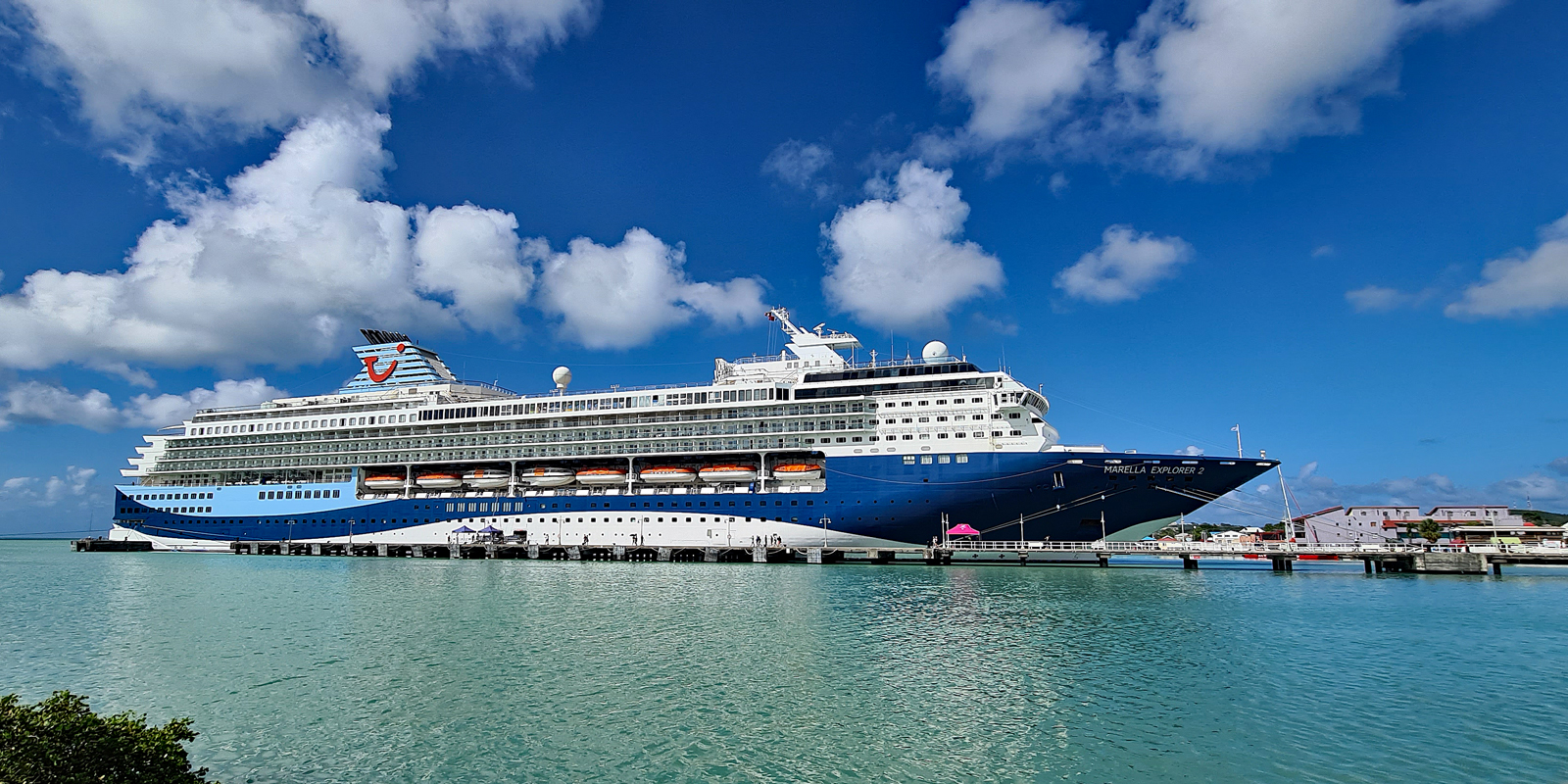 This is our ship docked in St John's later in the day - far from the biggest cruise ship but plenty big enough.
Posted by Skev at 17:42