There are a handful of leaf-mining species that are so ubiquitous that any square with no records of these is likely (though not 100% certainly) to have no records of any leaf-miners. So the following was shared with recorders, showing all VC55 tetrads with leaf mine records of Parornix anglicella, Stigmella aurella and Lyonetia clerkella combined: 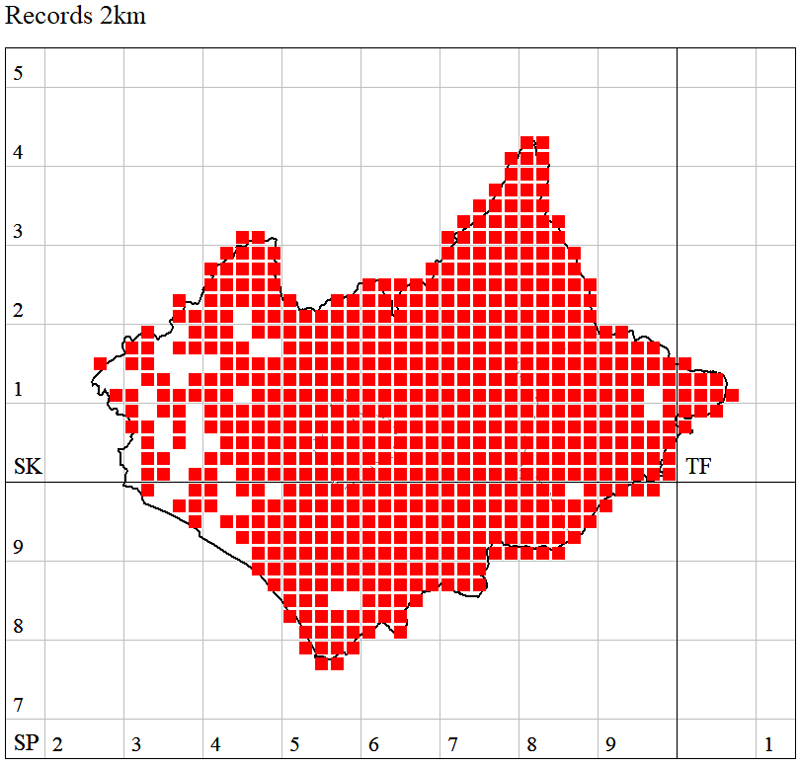 On Monday I headed out for a couple of hours or so in the middle of the day to respectfully avoid the box shuffling and do a bit of square bashing. My plan was to find something in the two blank squares in SP58, and then head across to SP39 and at least cover off the squares that were fully or mostly in VC55 (alongside the Warks border). I wasn't going to traipse all over pathways and farmland - this was going to be a quick hit by stopping on roadways and verges, a quick 15 minutes or so survey and move on.
A squint at the map suggested that one of the two squares in SP58 would be a bit sparse with only one roadway through a corner, but the other looked a fair bet. This turned out to be as expected, with 13 species found in SP5684 but only 3 in SP5884. Amongst these were nothing unexpected or notable. 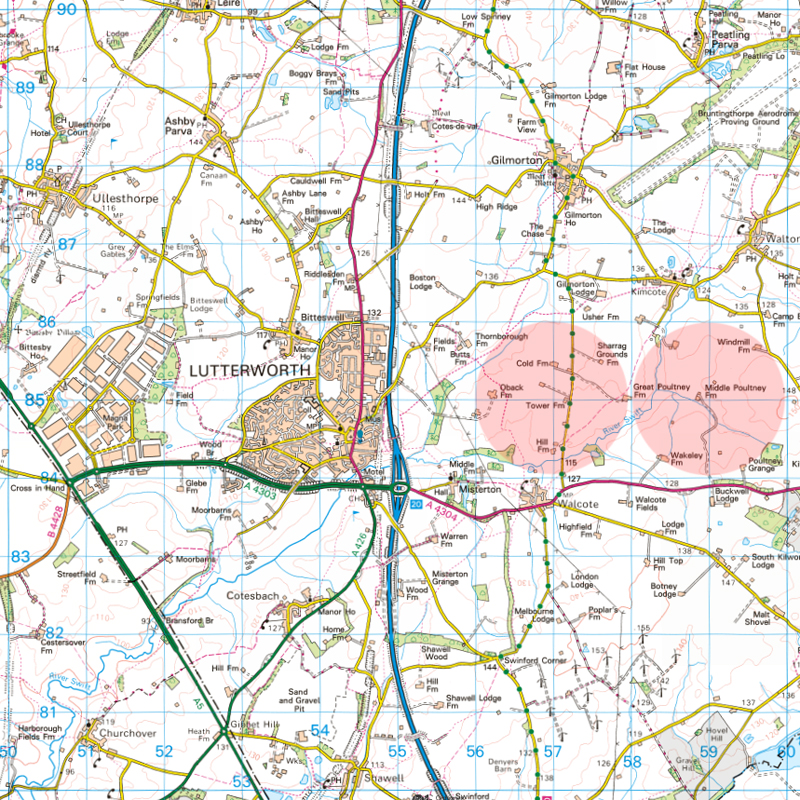 I then headed along the A5 to SP39 with good intent, only to find that the further west I went the greyer and eventually wetter it became. I'd not bothered at all to check the weather forecast. I turned off the A5 into SP3296 and pulled up just outside of Witherley. By then the drizzle had turned to rain and then stopped again. A quick look around yielded 10 species quite easily, before a light drizzle started again. Back in the car, and I headed into SP3098 where I noted an amusingly named King Dick's Hole. I stopped near a junction just west of Ratcliffe Bridge and found a slightly different mix of species, 11 in all including Bedellia somnulentella and Chrysoesthia drurella. After a couple of sarnies in the car, in another shower, I headed east along the road through Ratcliffe Culey across to Upton in SP3698. From there I intended to head south-west towards Atterton and then south to Fenny Drayton - hence covering the five main squares. The weather though had other ideas and within five minutes of getting out of the car at Upton (during which I picked up 6 species) the rain properly set in and I lost enthusiasm. 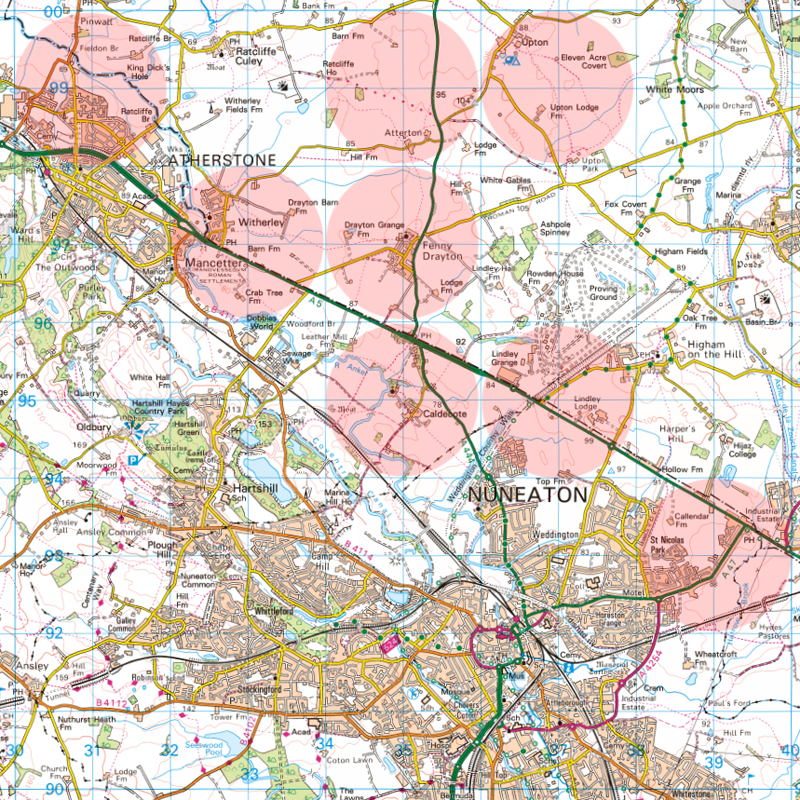 Overall I added records to five previously blank tetrads, with 48 records of 23 species in total. Had I managed to find any tenanted mines on oak it could have been more, and if there been any birch, beech or apple. I'll head back over to some of these squares again at some point for a better look. 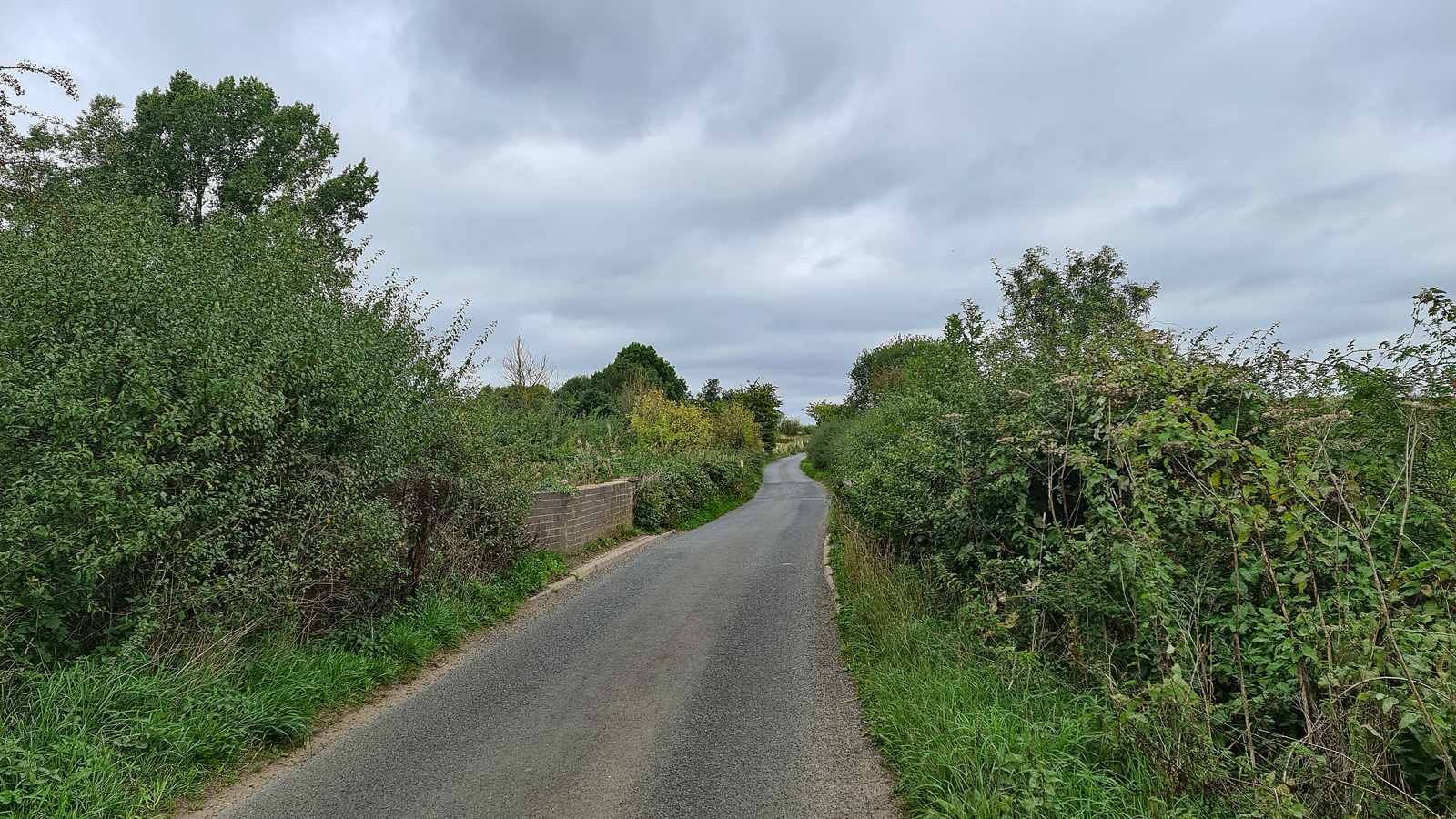 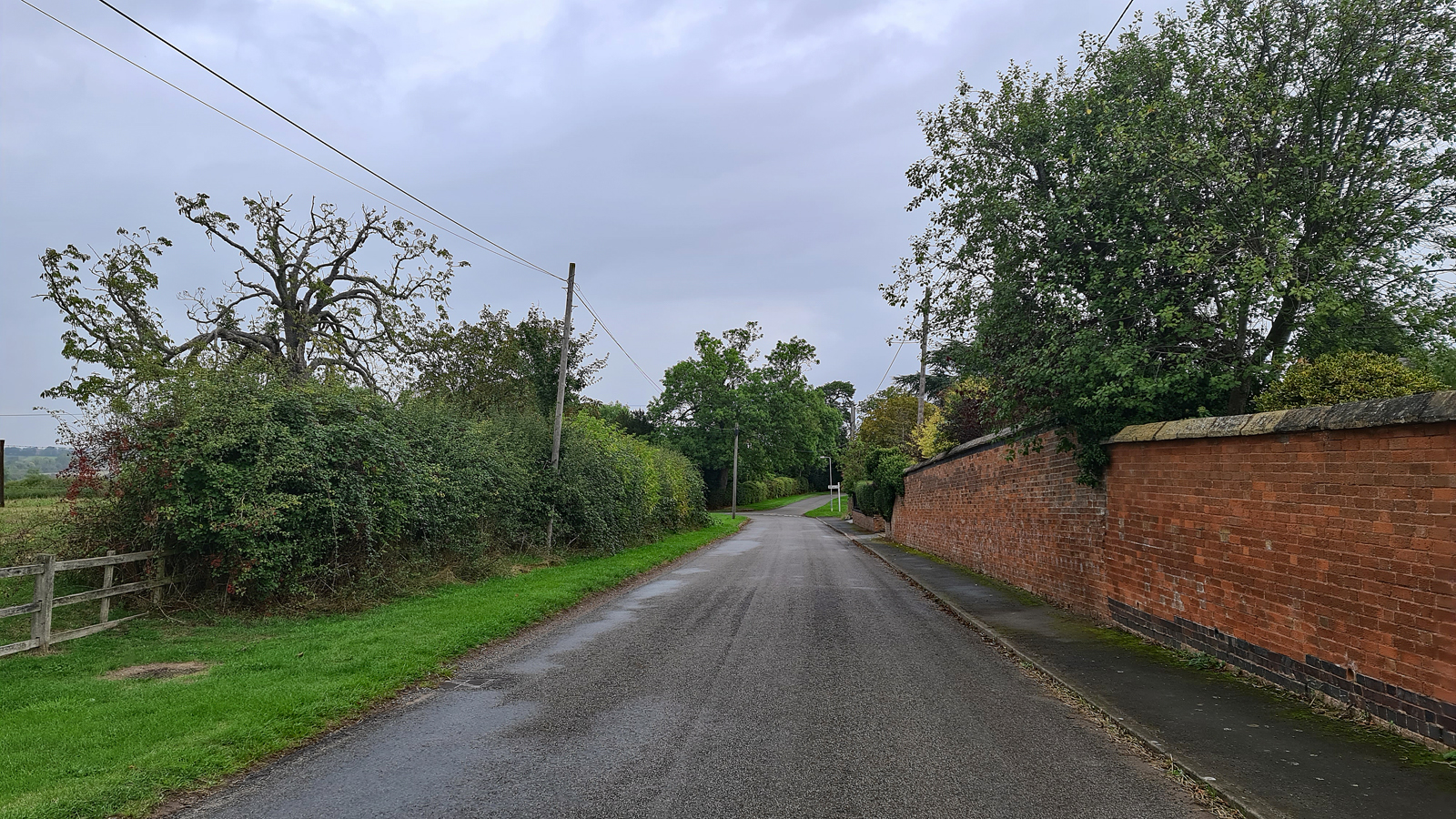 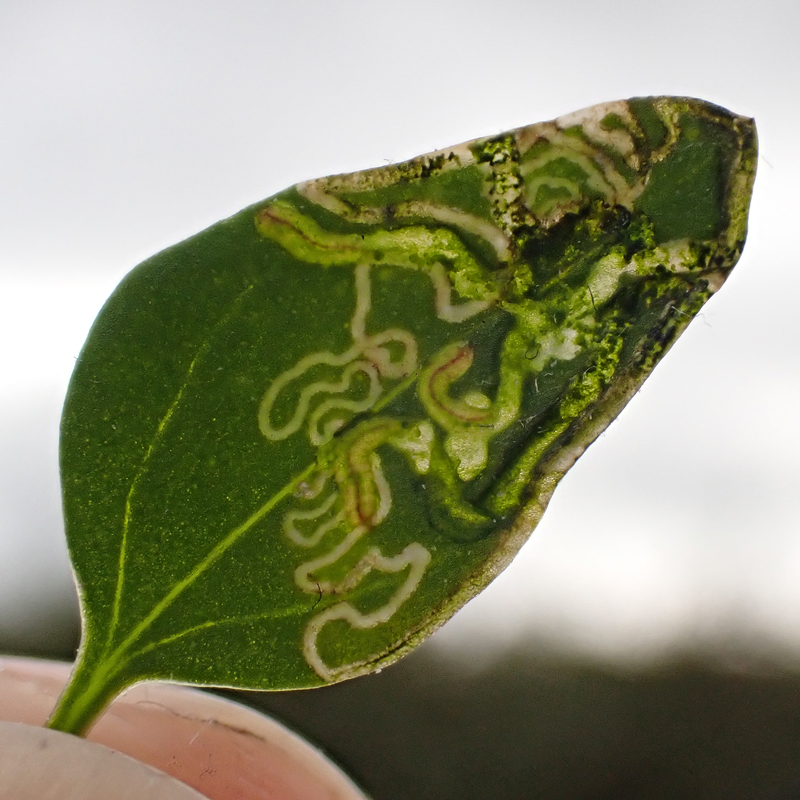 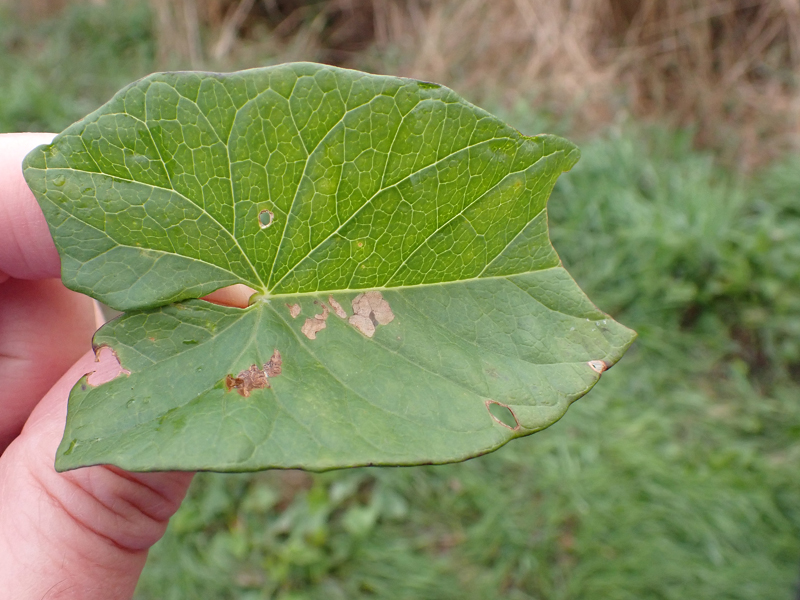 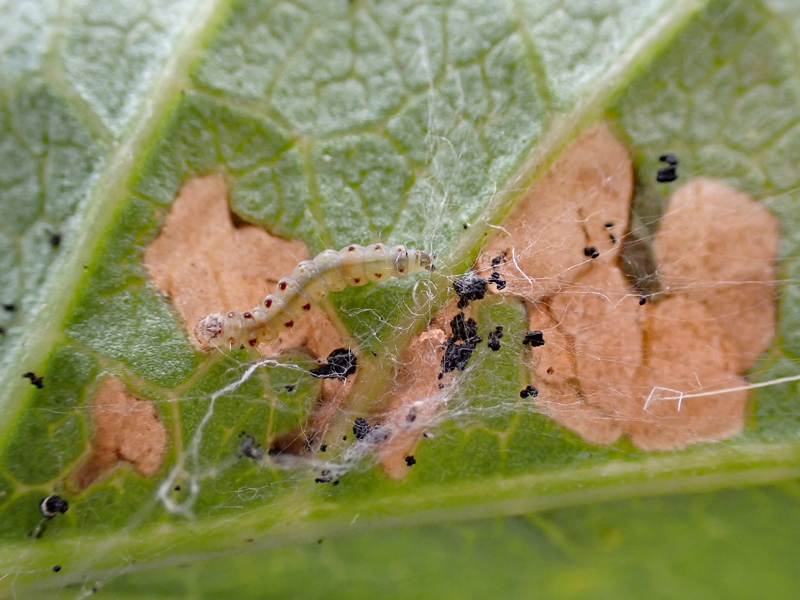 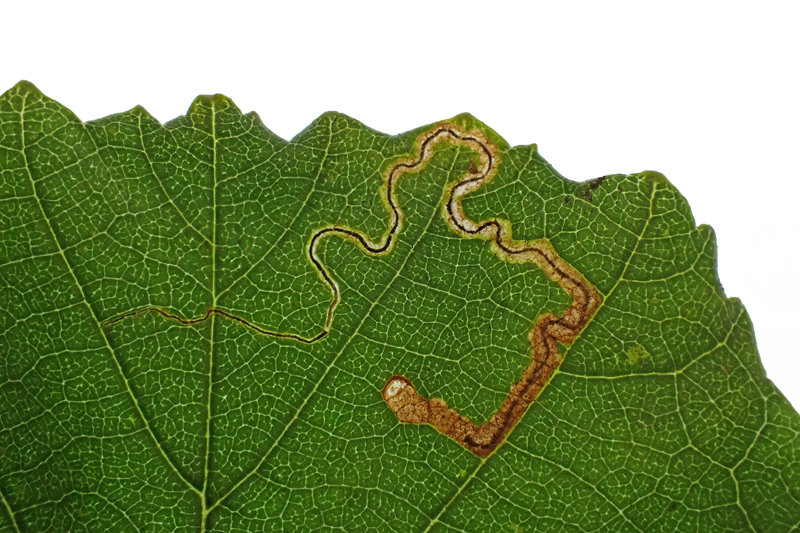 I also found quite a few Stigmella mines on Alder at Witherley - sadly though all vacated so indeterminable. Certainly one I'll be looking out for in the next few weeks.
Earlier in the morning, I'd emptied the garden trap and grabbed a few snaps. The catch included another garden tick that I've been expecting after recent colonisation and spread - a Cypress Pug sitting on the egg boxes propped up against the outside of the trap. I thought that would be the only highlight, but on lifting out the funnel there sat a spanking Vestal - only the second for the garden (first was in 2013). 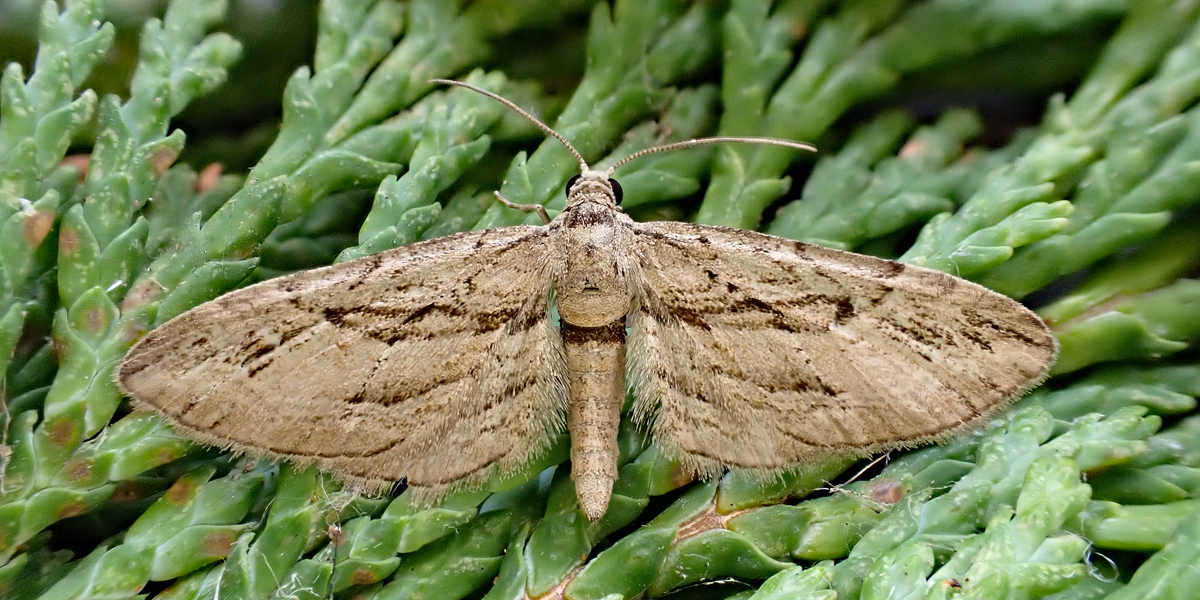 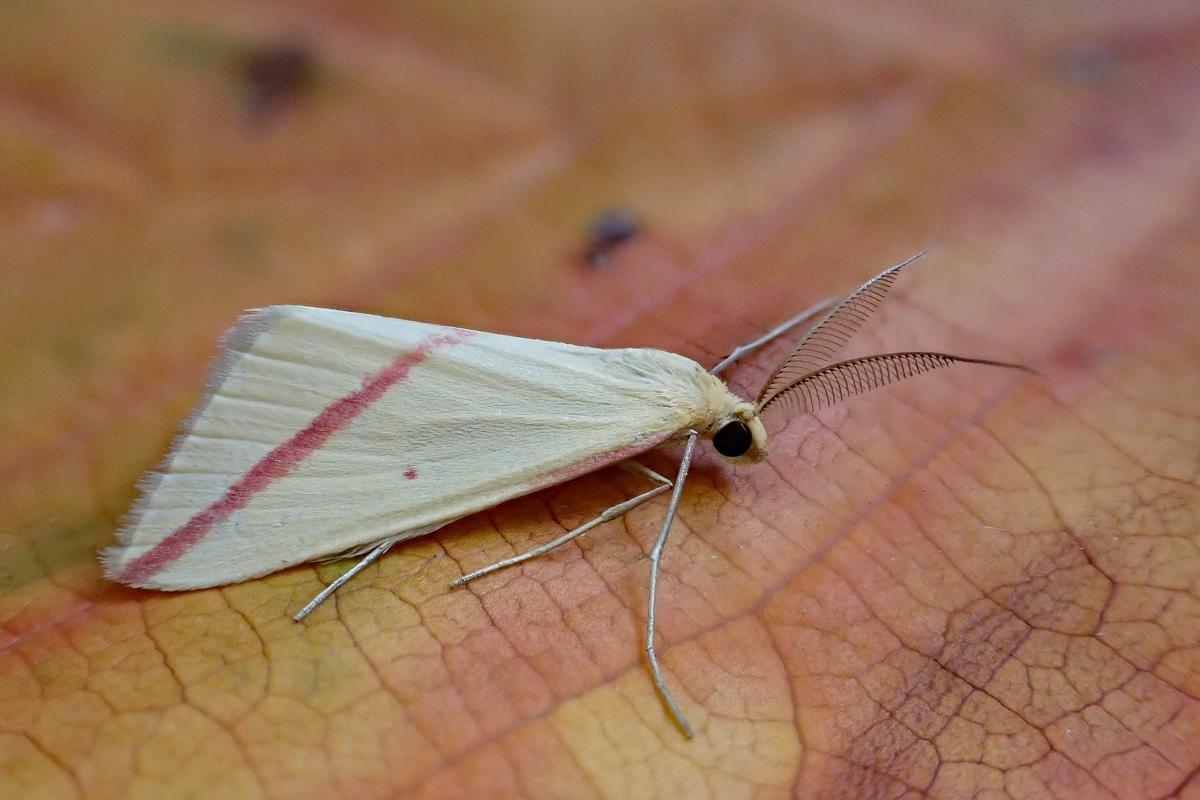 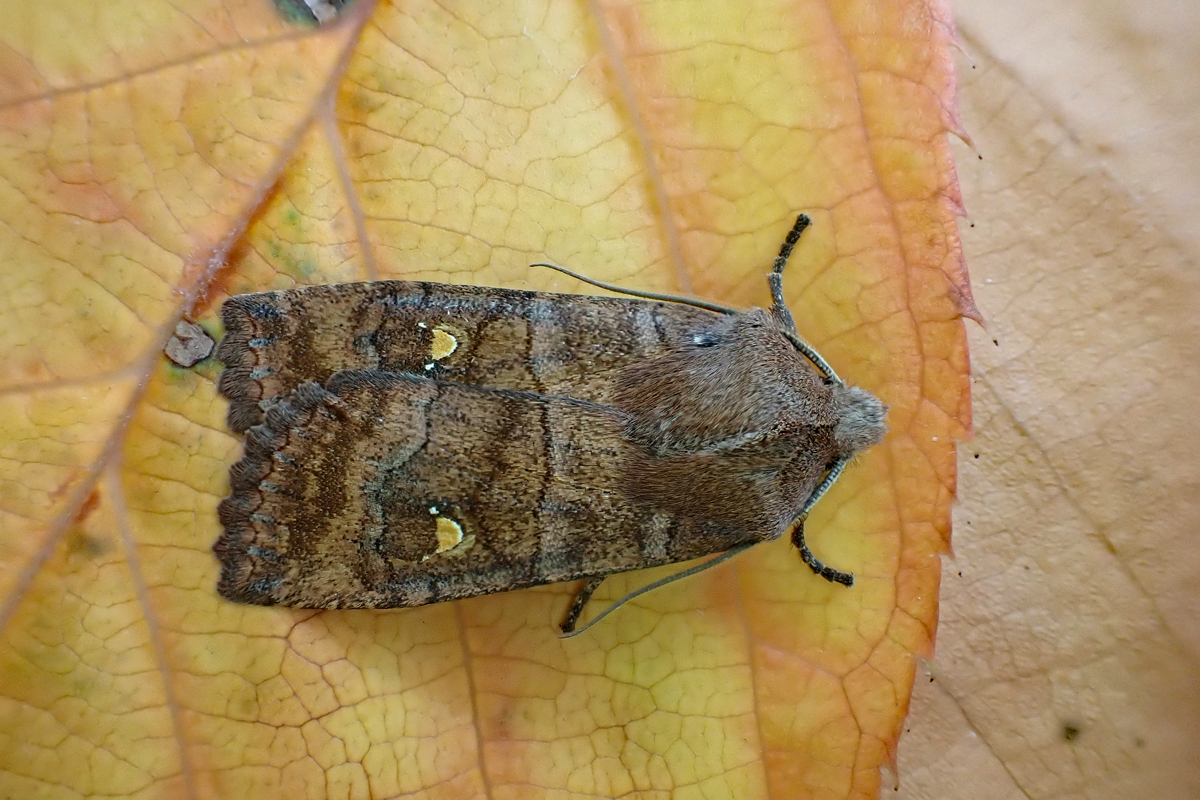 Satellite
Whilst grabbing some foliage from the front garden border to plonk the Cypress Pug on, I stumbled on this larva which I'm going to try and rear far enough to ID .... 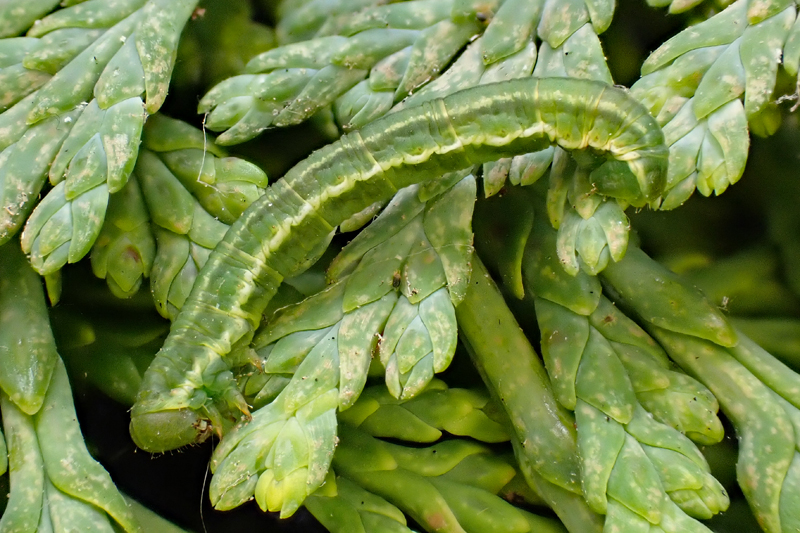 "I've been a long-term disappointment to myself, but it hits like a hammer when I'm that to someone else. And the circle doesn't fit its little square, it bulges with opportunity. Bulges"
Posted by Skev at 11:57