The garden trap had an outing on Friday night. I checked it before going to bed, and whilst there were a good number of moths around and about there was nothing too exciting. So come Saturday morning, certainly not at the crack of dawn as I was late getting out of bed, I was blearily scanning around the walls, fence and sheet and then the eggboxes around the outside of the trap. I duly recorded everything as it came into focus, and eventually I was ready to get onto the trap contents.

A good habit I've developed over the years is this: every egg tray that I carefully lift out gets quickly scanned on the upper surface first and anything vaguely interesting is mentally noted. I then turn the tray and record that side first - it just means that the moths that inevitably fly off quickly have just about all been seen and I hopefully won't have missed anything.

So first tray out, a quick scan - nothing exciting. Turn the tray - very loud expletives that at that time of the morning almost certainly got the attention of neighbours .... 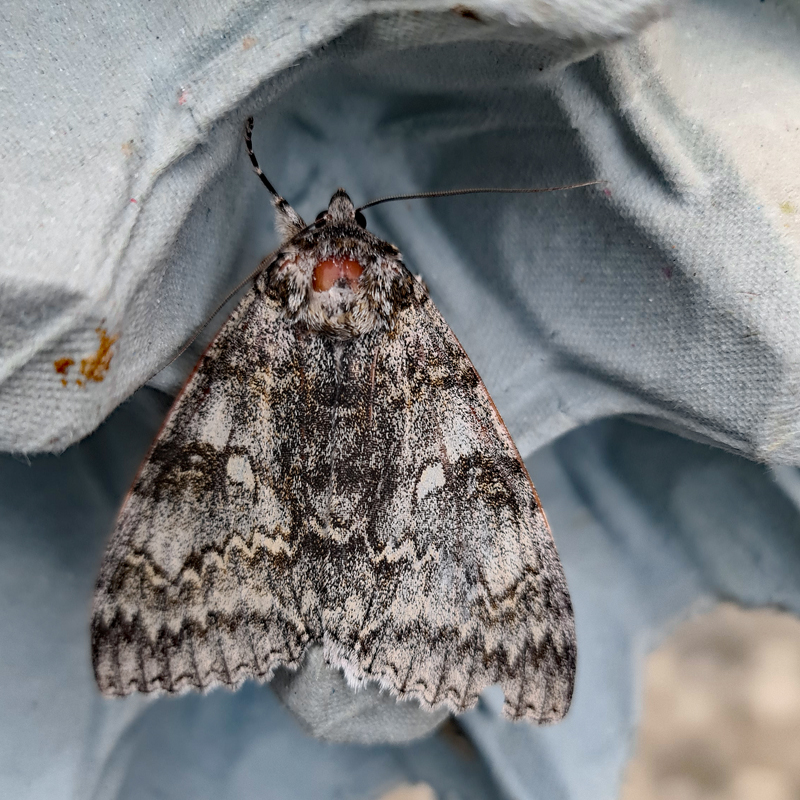 I could not believe it - and there was absolutely no doubting the ID despite having never seen one. Right before me was a huge Clifden Nonpareil (I refuse to adopt the 'Blue Underwing' tag). I just wasn't ready for it and quickly but carefully put the tray back in the trap and the funnel back in place, and then anxiously went in and fetched a large cardboard pot and my phone for the camera.
I grabbed a couple of quick shots. It was clearly a bit tired to say the least, with balding thorax and a nic in the right forewing, but I couldn't care any less - it was absolutely fucking awesome. I really wanted to see the electric blue hindwing band, but equally I wanted to secure the moth in the pot. As it happened, the first gentle nudge with the pot caused it to flap open - another quick shot (and yet more evidence of its fatigued state). 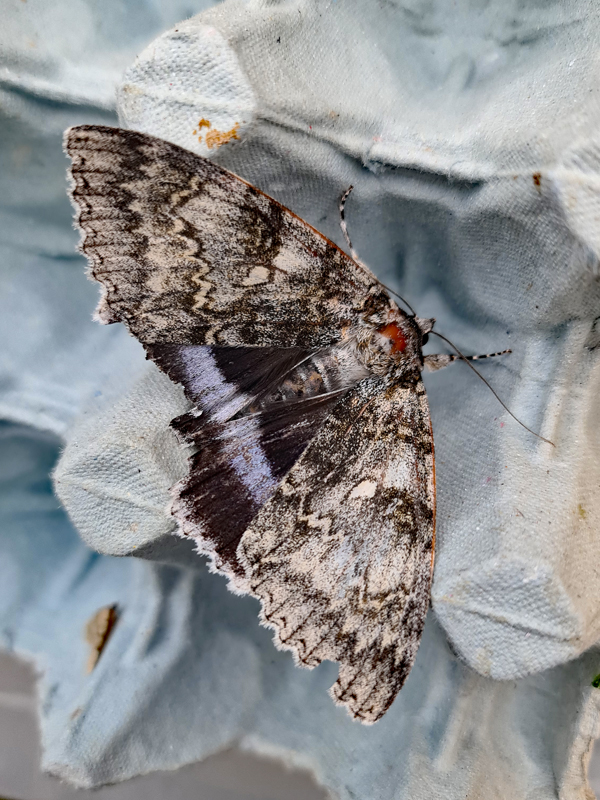 I then managed to get it - just about - into a pot. It was a tight fit to say the least. I then closed up the trap and spent then next 20mins or so shaking my head in disbelief and posting my quick shots on Facebook. I did get around to emptying the trap, though there was nothing else anywhere near as exciting (unlike another VC55 recorder the previous night who thought he'd struck gold with a Clifden, only to then find a Beautiful Marbled in the same trap!).
Later in the day I tried to get proper camera shots, but it just didn't want to play ball and after a couple of minutes launched into flight around the garden like a Vulcan bomber. It wasn't quite warmed up enough though so ditched into what is left of our lawn briefly before finally heading off never to be seen again. 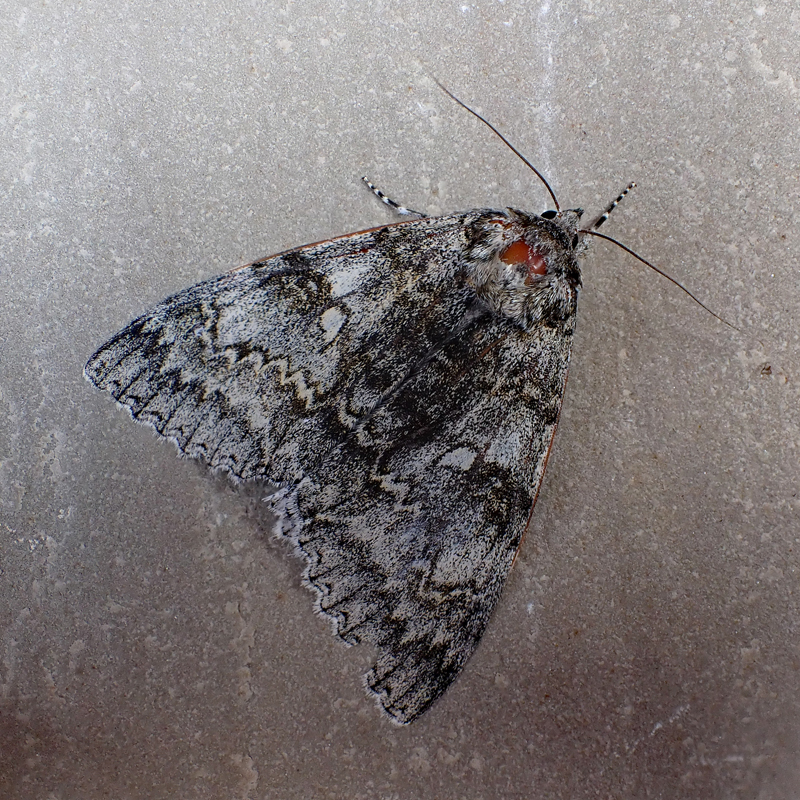 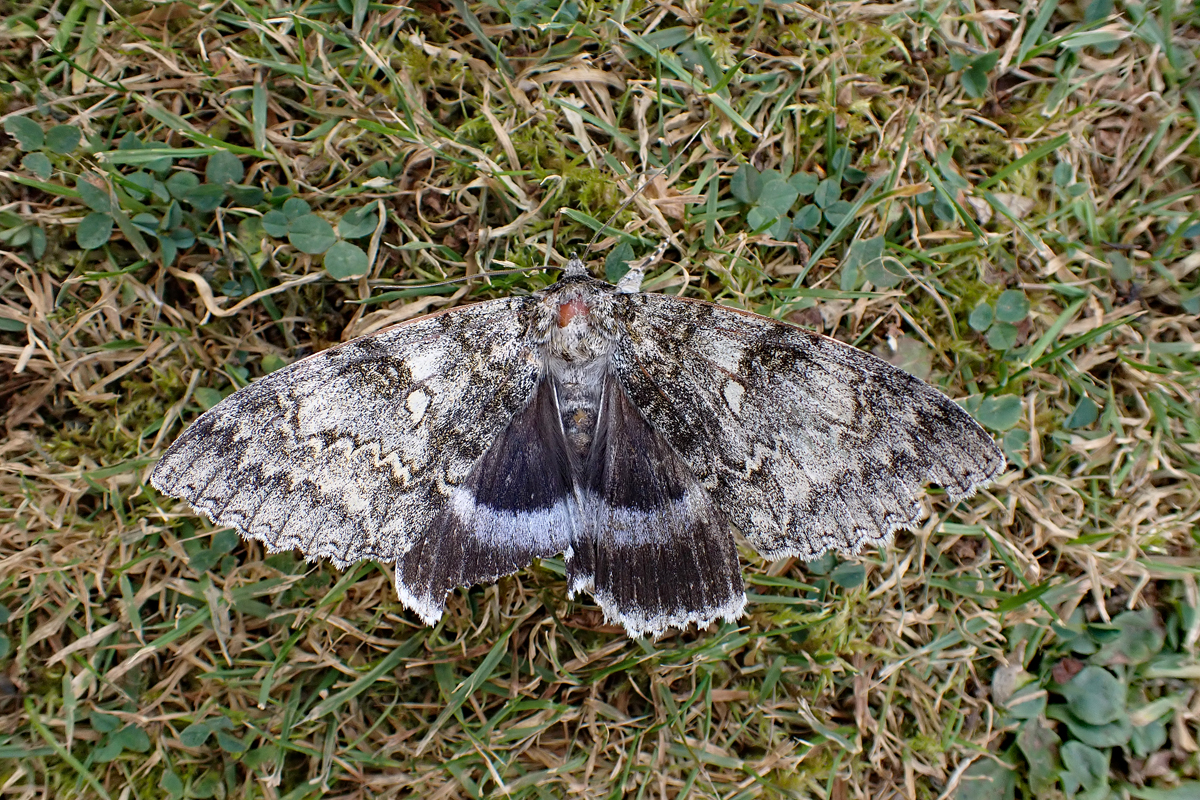 The name Clifden Nonpareil alludes to the place of the first British records (Cliveden, in Berks) and nonpareil approximately translates in context to 'without equal' or 'beyond compare'. VC55 has started getting a decent spread of records, and mine was the 7th so far this year. It's more than possible that I'll see another here in the next few years, and we've had the first larval record this year too.
More standard fare included these from the light, medium and dark ranges .... 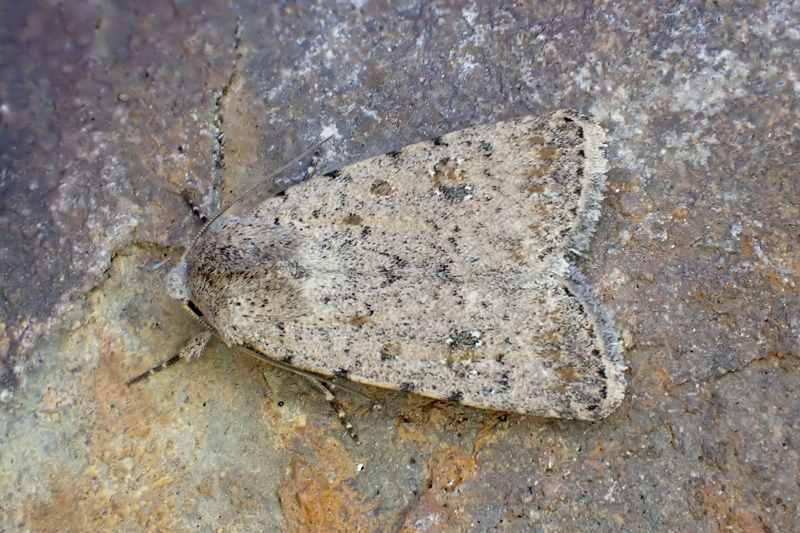 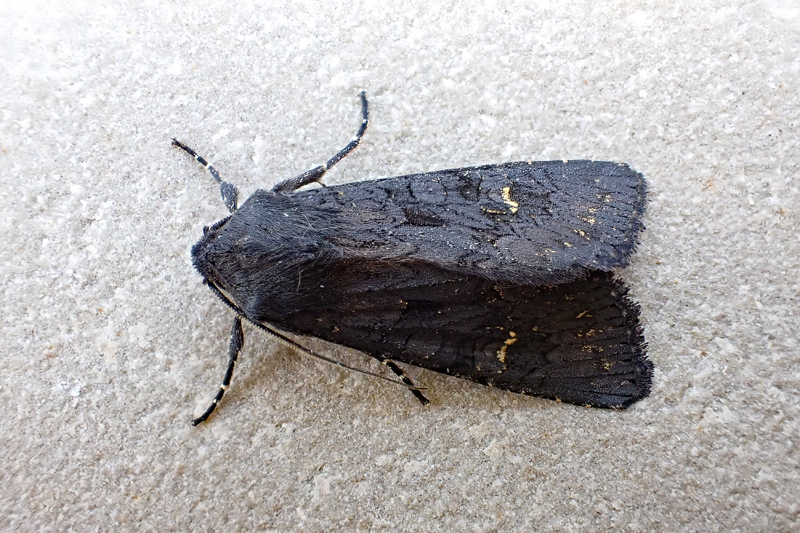 Black Rustic
The garden itself is looking about as battered as the Clifden ....
Work has started at long last. The bloke doing it for us somehow managed to get a mini digger into the garden and in no time at all managed to uproot everything, demolish the low walls and create a massive hole to be filled with rubble to give much needed drainage. A concrete base for our new shed is marked out, and we'll have a much bigger patio area before raised beds go in and a new lawn. It's going to take a while before we've got a splendid looking space, but at the bottom end of the garden I'll be creating refuge and habitat for inverts and a raised pond of sorts. 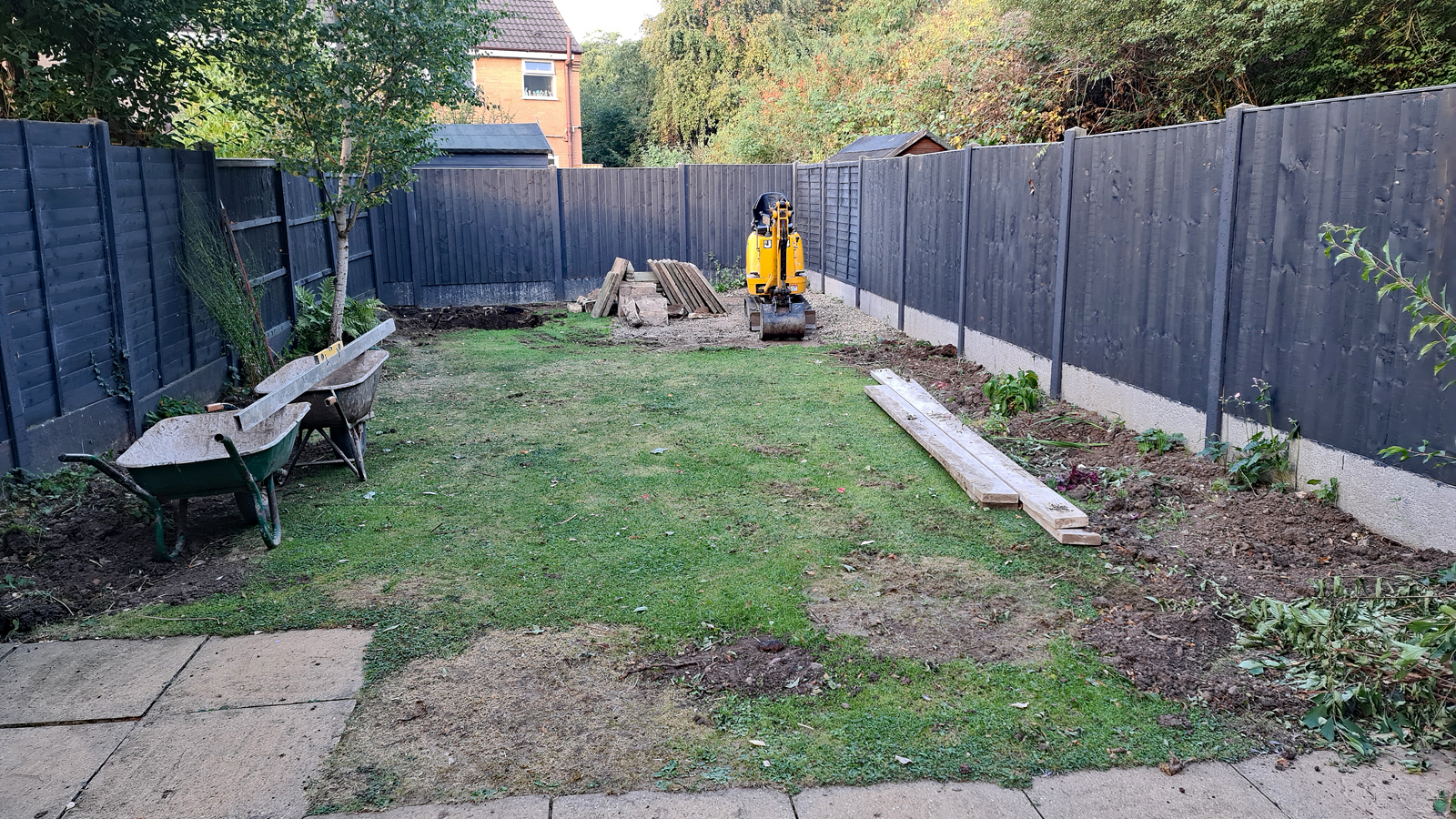 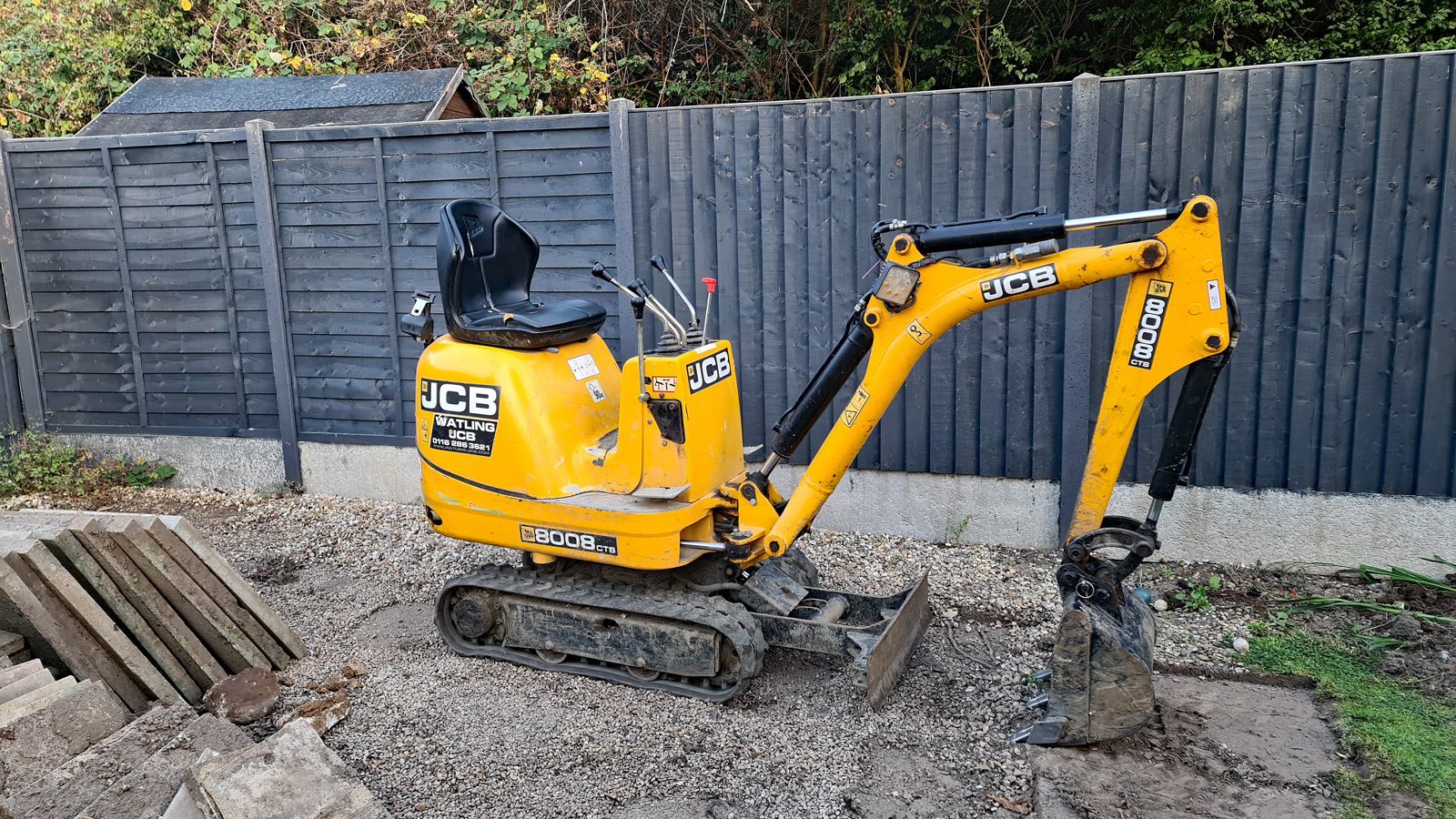 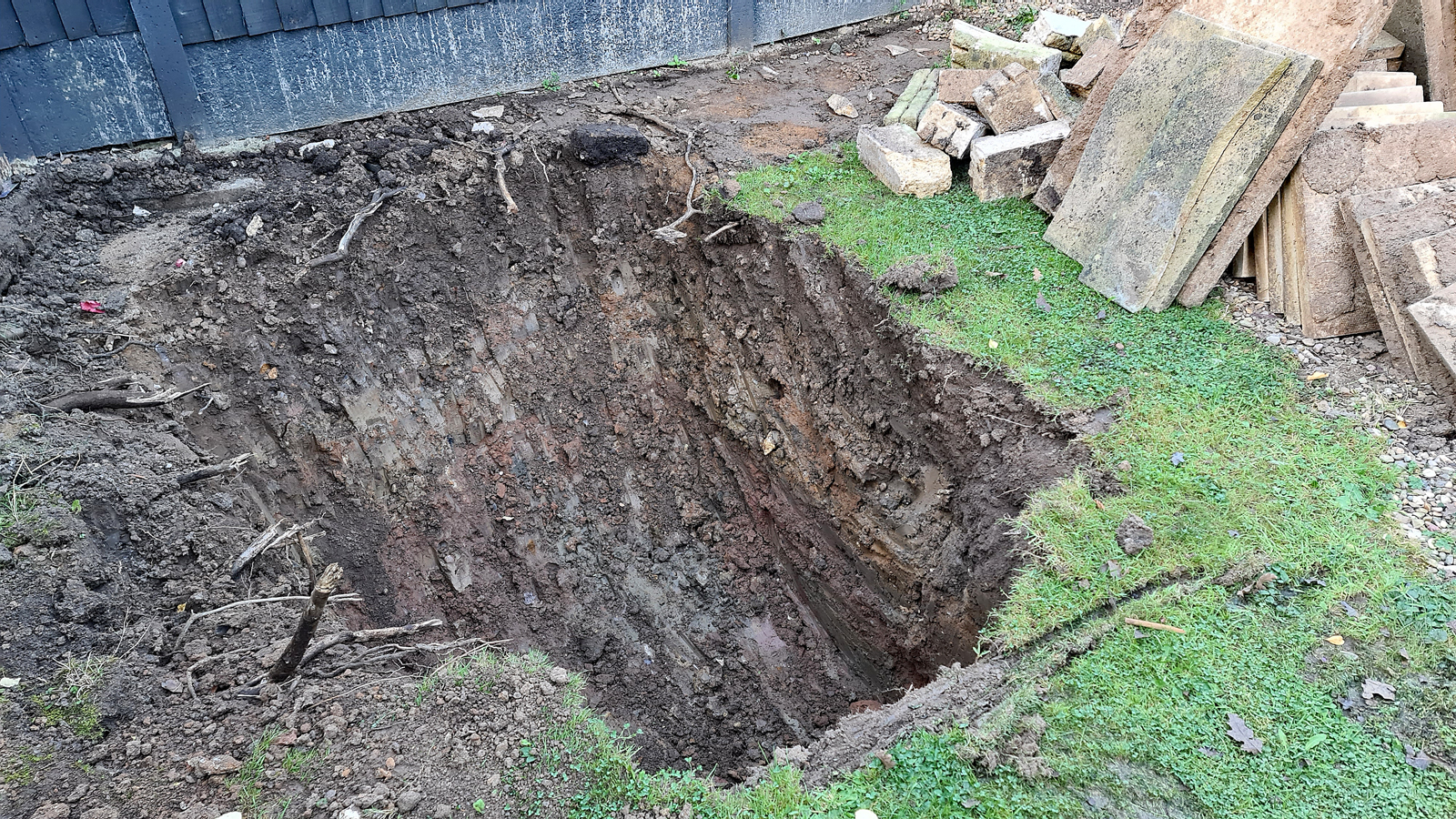 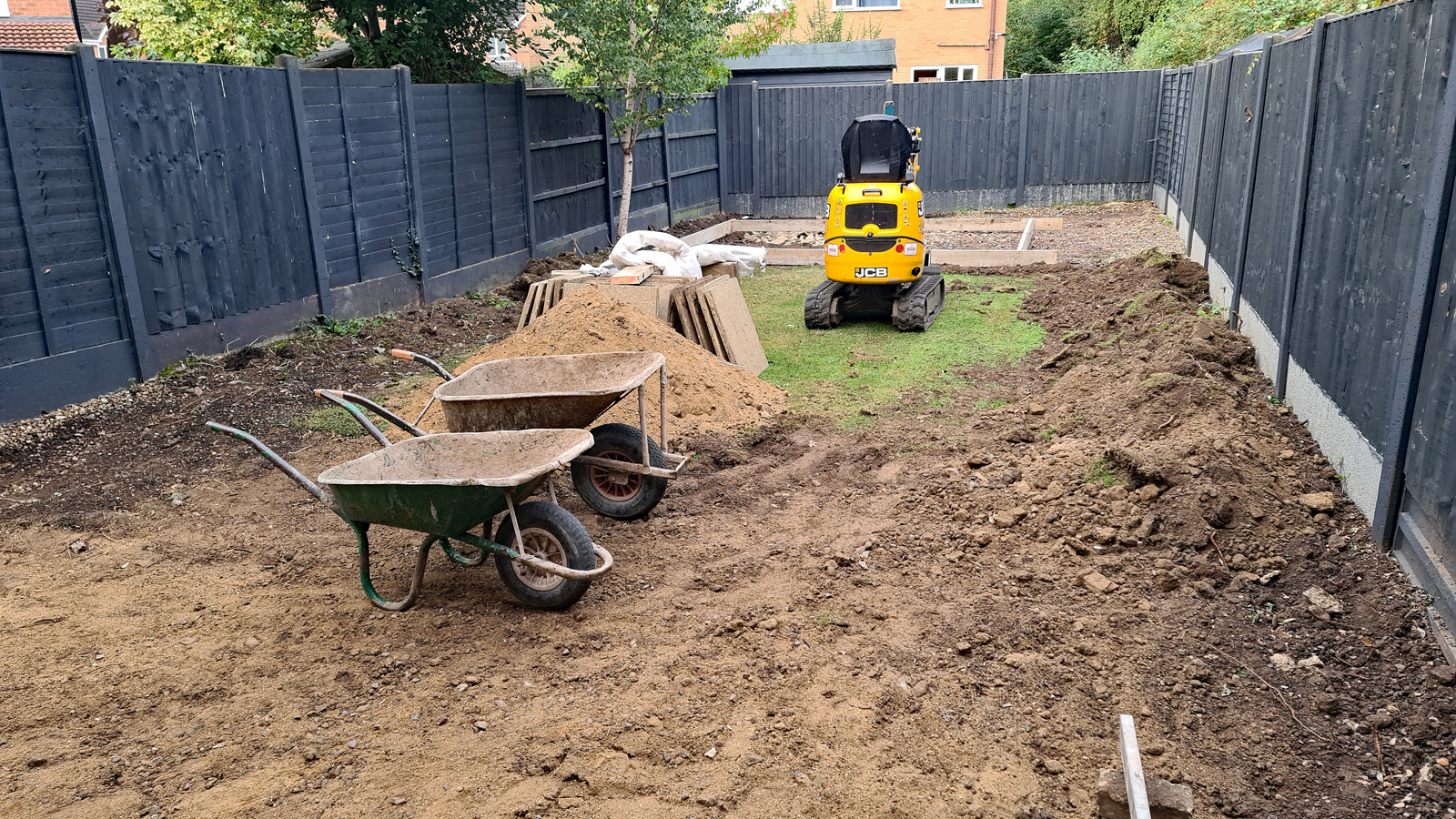 They are absolute beasts aren't they? Don't think I had really appreciated how much bigger than a Red Underwing they were until one turned up.