I had one garden record of Golden-rod Pug going way back to August 2000. I am absolutely certain that I have had others since, but given that they are often melanic in the midlands I would of ignored them. I put out my synergetic trap last night with no genuine expectation of anything much, and was not surprised when there were just two Hebrew Characters and a small dark pug. I potted up the pug with the intention of having a better look after work.

Aside from being small and dark, not really much to look at aside from it having strongly evident dark discal spots, a hint of a pale spot on the thorax and faint witnesses of pale tornal spots. As it was clearly a male, I decided to have a go at brushing away the scales and checking the abdominal plates. Male pugs have plates on the ventral surface of the 8th sternite, and the shape of some of these is distinctive enough to confirm species (though a lot look very similar on the illustrations I have).

Anyway, it turned out to be a Golden-rod Pug - some 18 years after the last record (but, again, almost certainly not 18 years since the last one in the garden!). 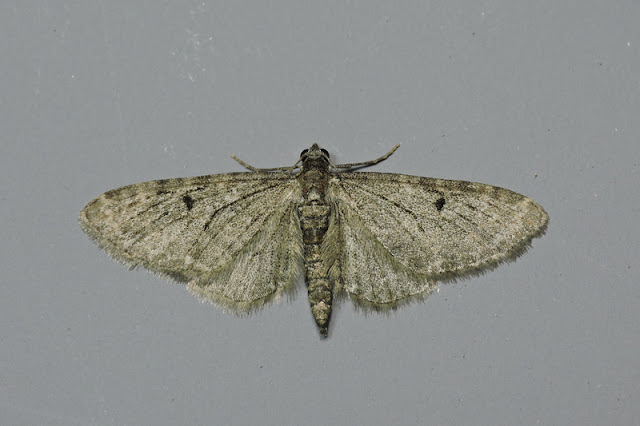 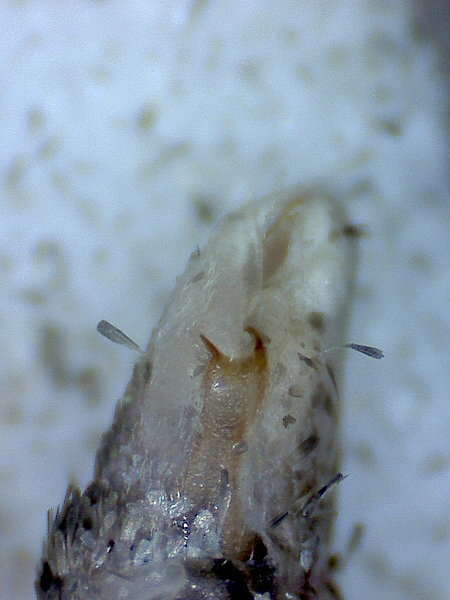 Abdominal plate, showing a quirky and deeply forked kink to the left
Posted by Skev at 22:36