Found this larva on a brick wall immediately adjacent to a large ivy bush in the garden. I recognised it straight away as it's one I've found here before on the same ivy bush .... 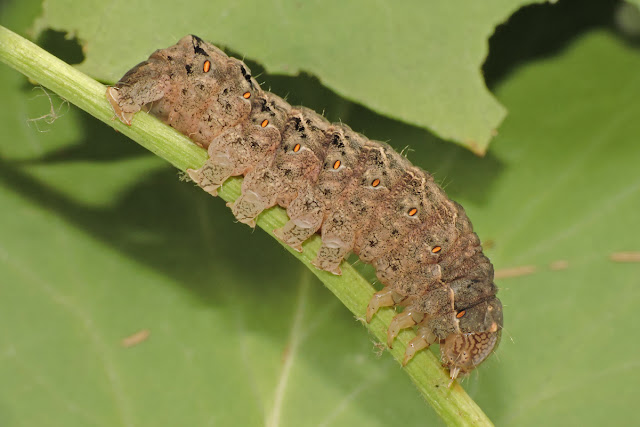 I've got it feeding up in a tub of ivy leaves and will rear through - with a bit of luck I can get a few shots of a pristine fresh adult.

Over the weekend I had a bit of a half-arsed attempt at recording Emperor Moth with a pheromone lure. I tried three sites on different days and times without success. Either I'm not patient enough, the lure is dead or the moth is genuinely not present (and quite possibly all three at the same time!). One of the sites was Warren Hills, one part of what little heath and billberry scrubby moor we have in the Charnwood area. Green Hairstreak was on the wing but too quick and active for a snap. 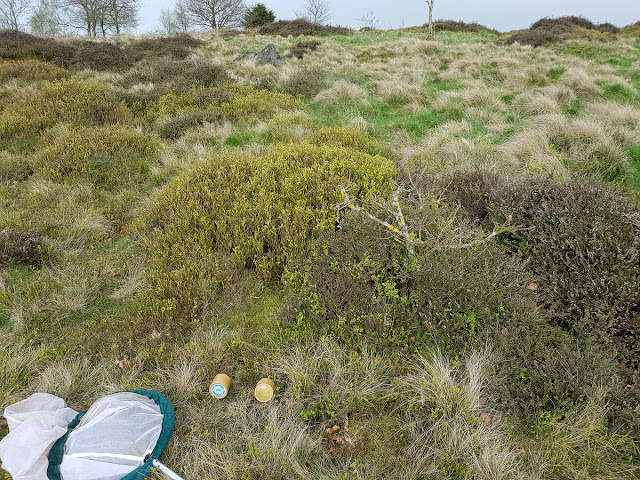 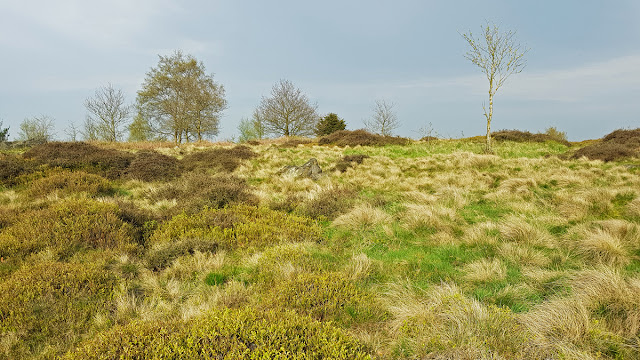 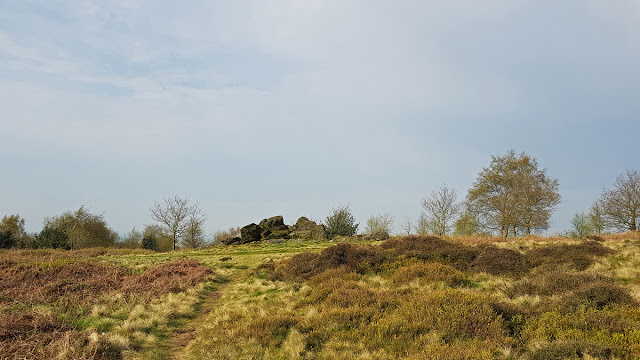 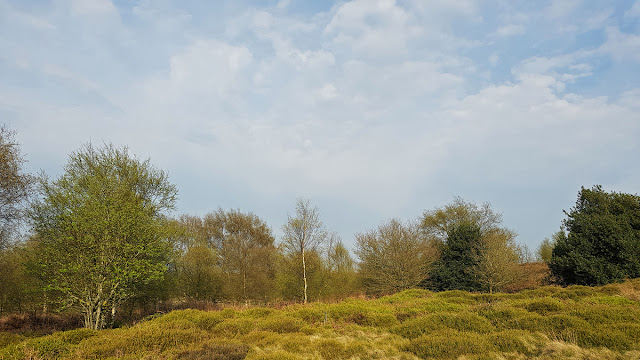 Recent bits from the garden traps include: 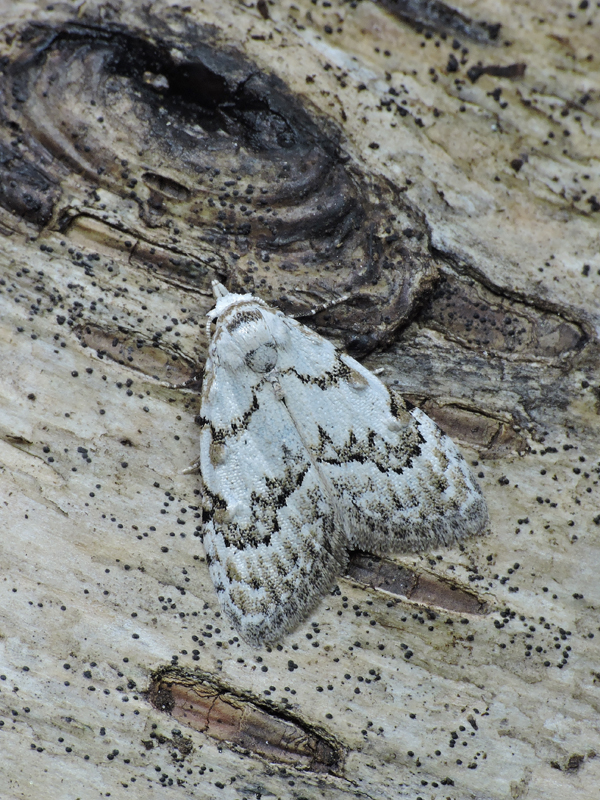 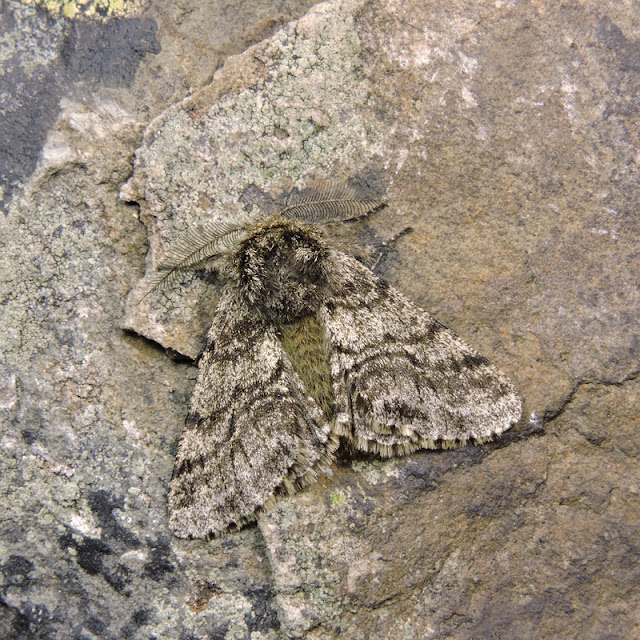 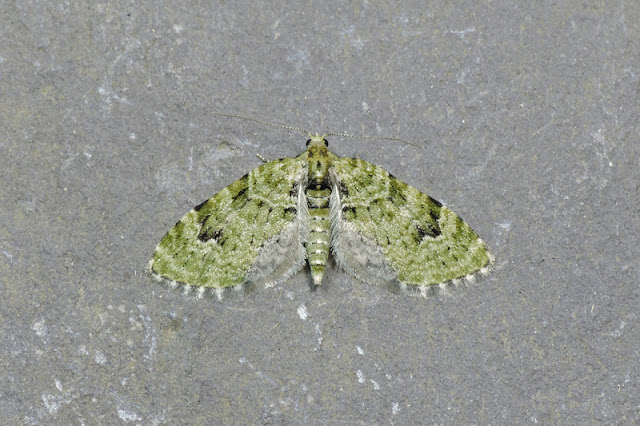 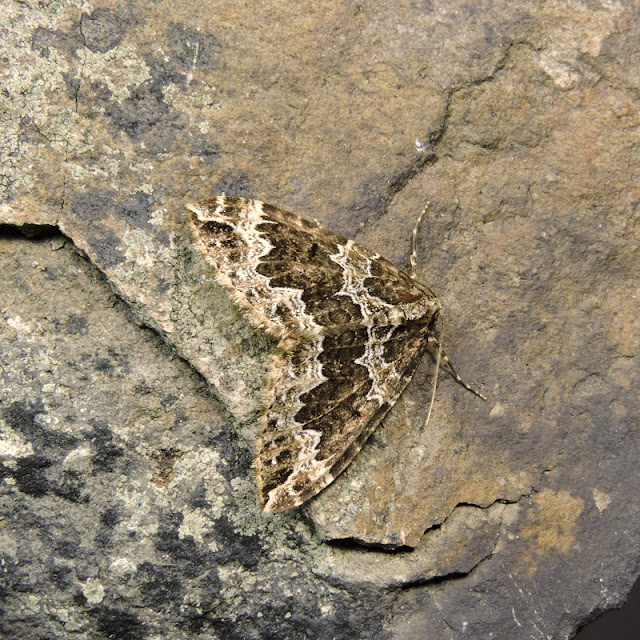 Water Carpet - only fifth for garden and first since 2009 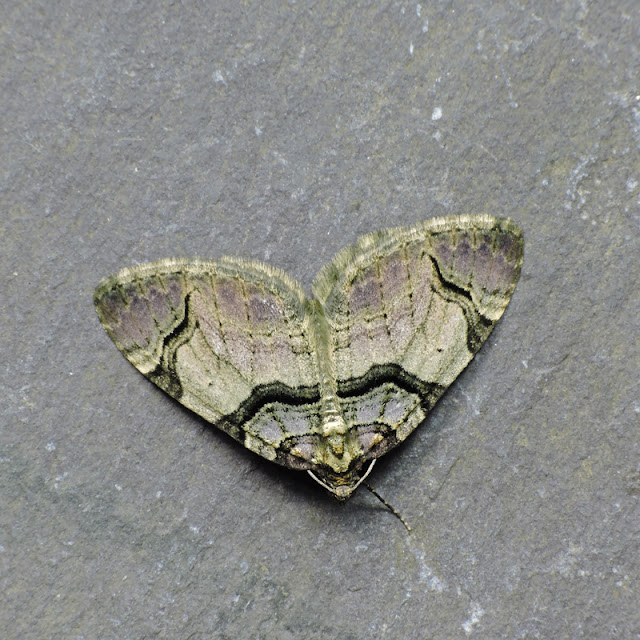 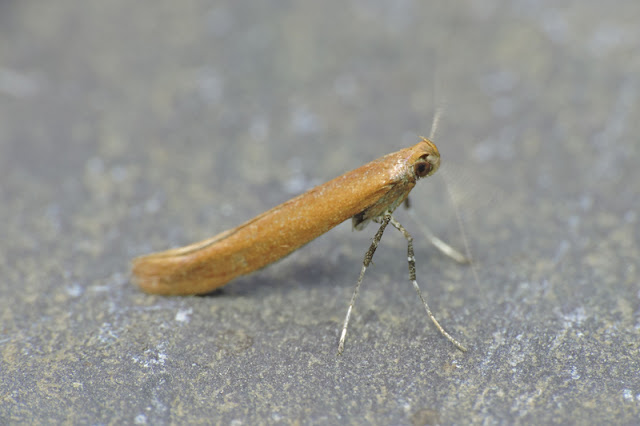 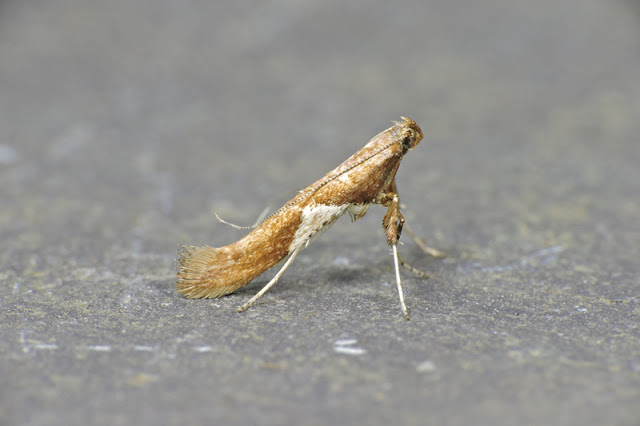 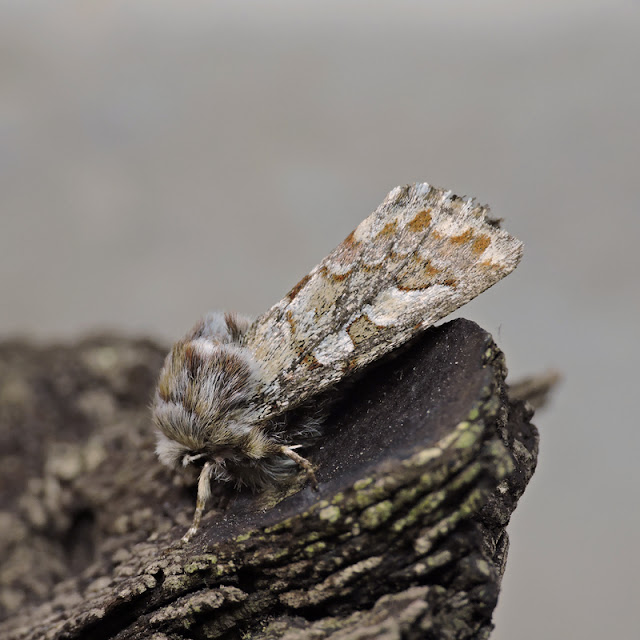 I also had a great night out in the field with Adrian Russell and Graham Finch last week, at a site right in the north-west of VC55. Grange Wood is a decent sized mixed woodland, which is actually in the county of Derbyshire but just falls within the VC55 recording area (one of the historical quirks that again show how the VC boundaries have nothing to do with current political boundaries). We had a great mix of species, including a couple of full British Ticks for me - a cracking Blossom Underwing that Adrian took to photograph and this tortrix: 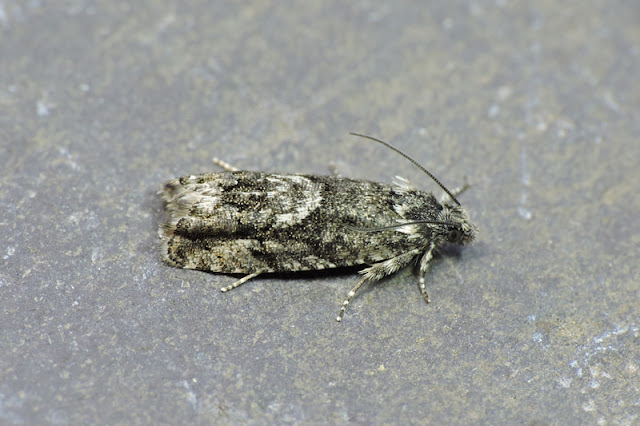 Also a few nice-to-see species for the year including Early-tooth Striped, Lunar Marbled Brown, Purple Thorn and a few Lead-coloured Drabs including this lead-coloured and drab one .. 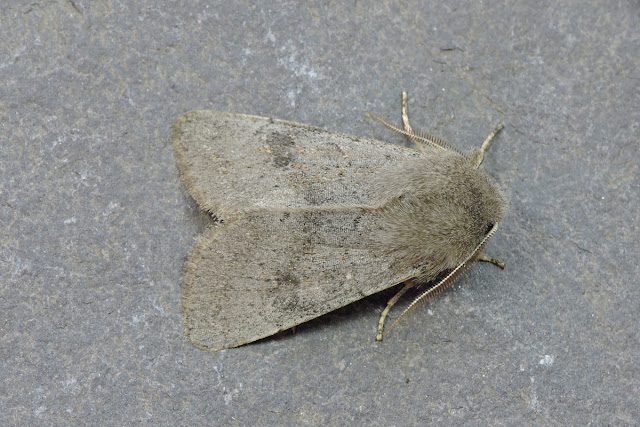 Mark my lure averaged between 3 - 6 minutes to attract males at the weekend at 4 sites..