Stig of the Beech

A good look over an isolated beech tree at Misterton Marsh revealed 100s of mines, including S. tityrella (which I'd already found at Ulverscroft) and a few that were different. These were again typical Stigmella gallery mines, but the egg position and early part of the mine was well away from the mid-rib and the frass pattern in the early part of the gallery was also different. One of the mines also ploughs through a vein rather than being constrained between them. These are Stigmella hemargyrella. So, starting from a complete novice I've now found both of the Stigmella species that mine beech. I should of done this years ago! 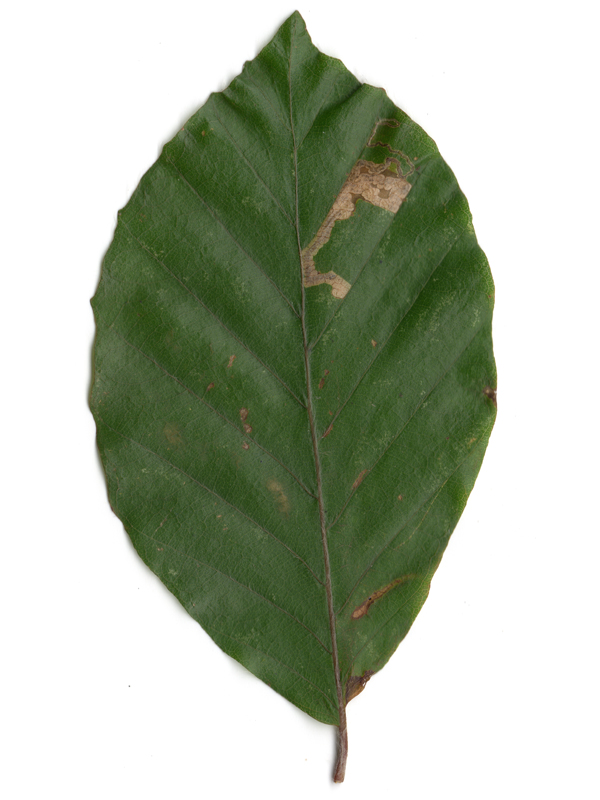 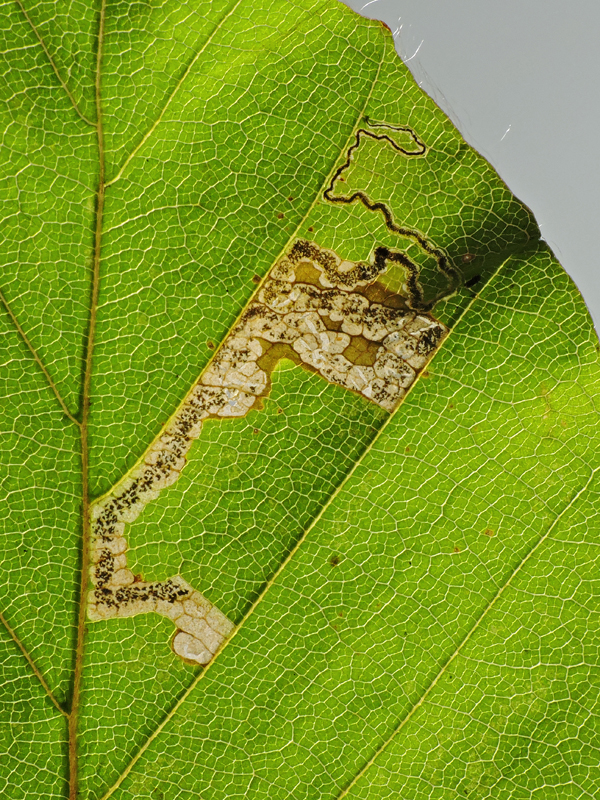 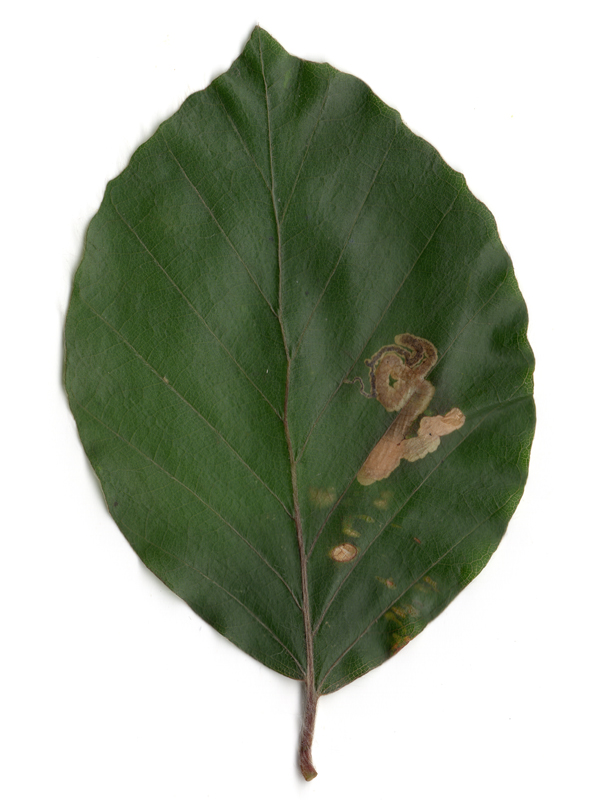 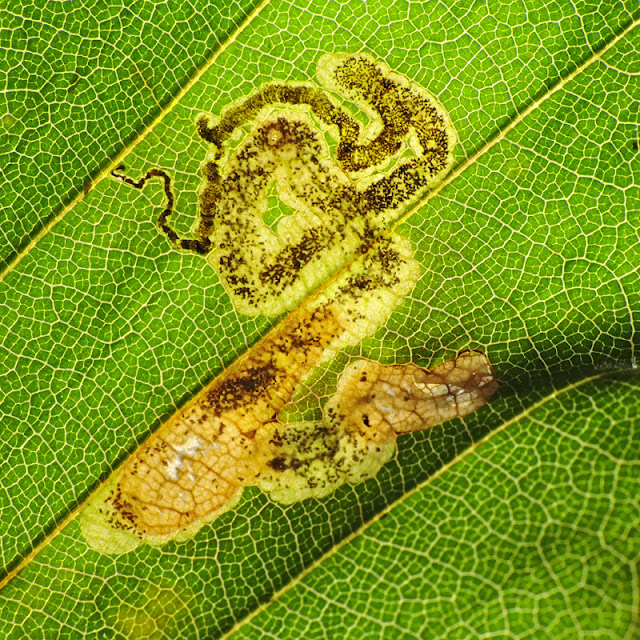 I've also added a new noctuid to the garden breeding list, although it's one I had no idea about. I found a pupa very loosely spun into a cocoon of leaves on the garden silver birch, and felt sure it was a noctuid. There was no feeding damage that I could see, so I collected up the pupa and to see what came out in due course. Only a week or so later, and this came out ..... 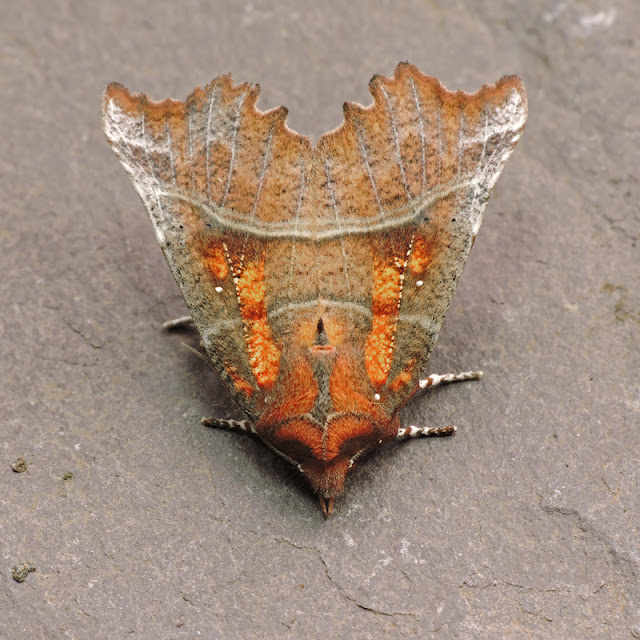 It emerged yesterday, but wouldn't play ball for a photo. After a night in the fridge, it still wouldn't play ball. In fact it took me well over an hour to eventually get any photos, and although it still looks pretty fresh its not exactly the mint example it could of been - particularly on the cilia and right forewing. This has got to be the most uncooperative individual I've ever bothered with. Anyway, once I knew what it was I could check the texts, and clearly it hasn't been feeding on my birch but far more likely on the large sallow that overhangs it. Pupation in a cocoon of leaves is normal for this species.

Far more cooperative, and ironically looking fresher, was this from the last garden trap I ran ..... 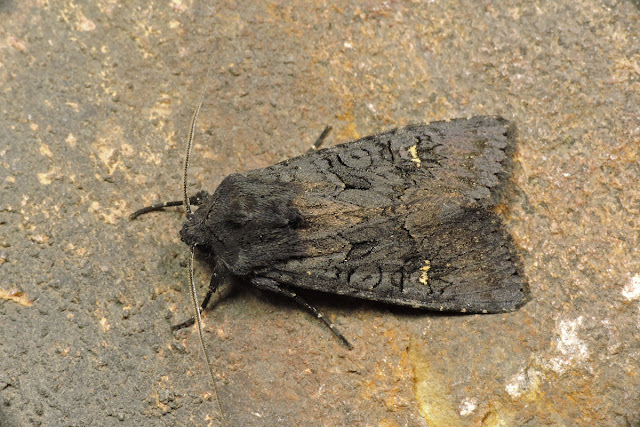 Stig of the Beech. Jeanius :) And yes, you should have done this years ago!