Back in mid-June, a work colleague found a large moth pupa in his garden and was intrigued as to what it was. I offered to rear through to confirm and after a week or so a superb fresh female Elephant Hawk-moth emerged on 19/06/2014 am. As it happened, I also caught a couple of males in the garden traps that I emptied that morning so I kept one and paired the two in the hope of trying to rear through. After a couple of days I had eggs and I released both moths. The eggs hatched out on 26/06/2014 in the evening and the newly-hatched larvae readily set about eating some fresh leaves from a garden fuschia. 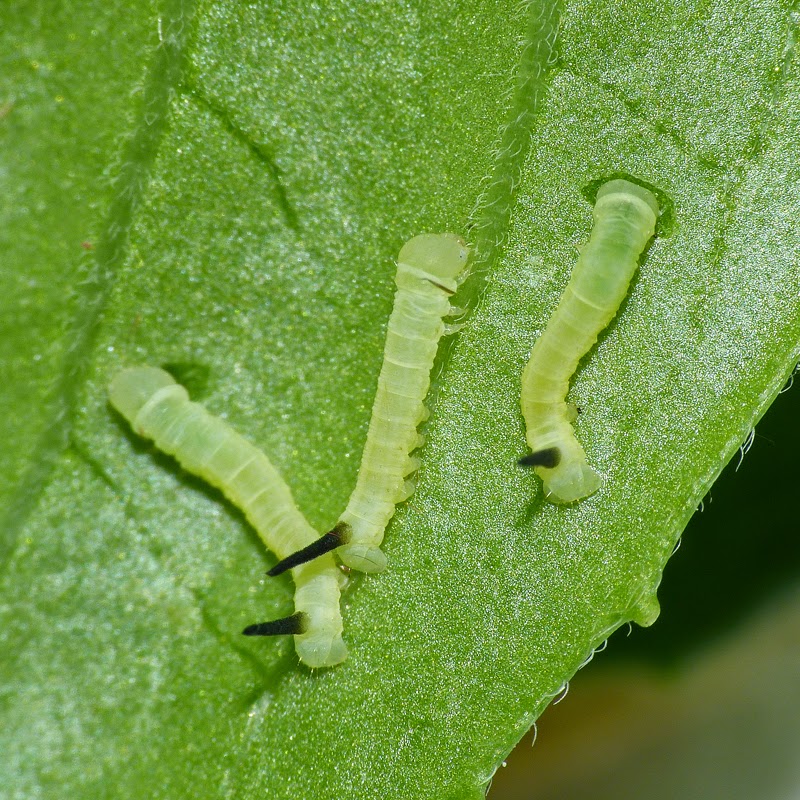 They were c4mm long and were sporting a characteristic hawk-moth 'horn', but otherwise you'd be hard pressed to identify them. There were 29 to start with, and after five days all 29 were still munching away and most had grown significantly to c11mm. 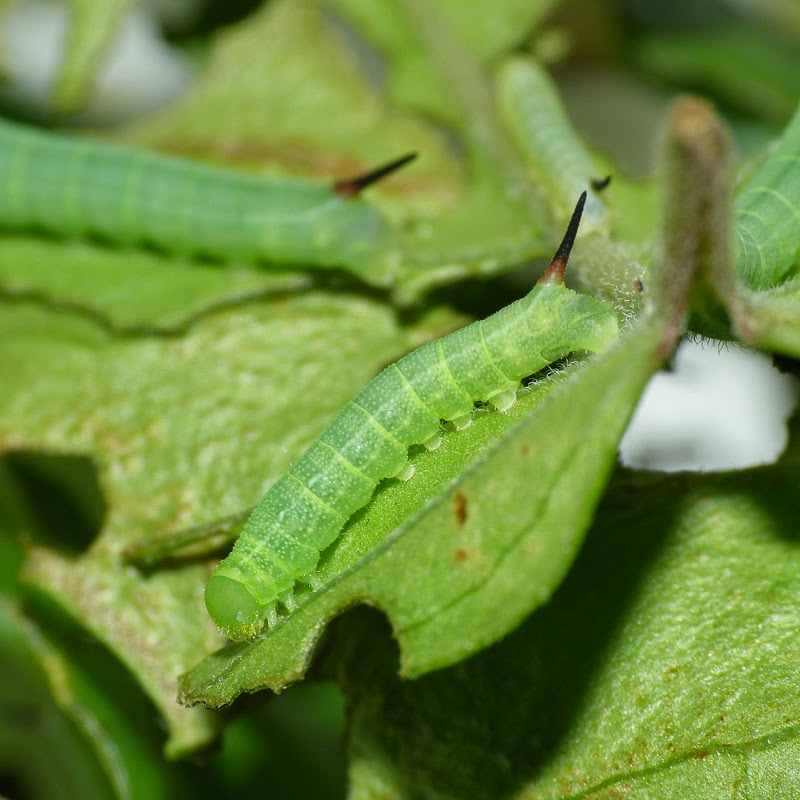 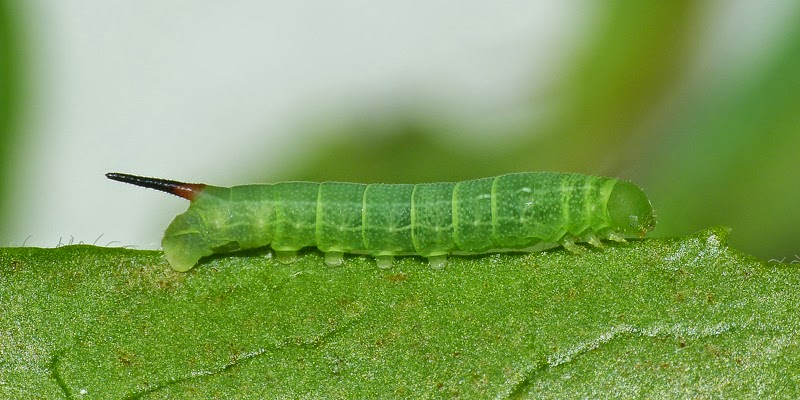 At this stage there was a faint witness of future markings, and they were not far off changing to second instar. Today they are starting to look distinctive, but there is a long way to go. Main thing is that I've managed to get them off of fuschia and onto Rosebay Willowherb (they didn't seem keen on Great Willowherb). 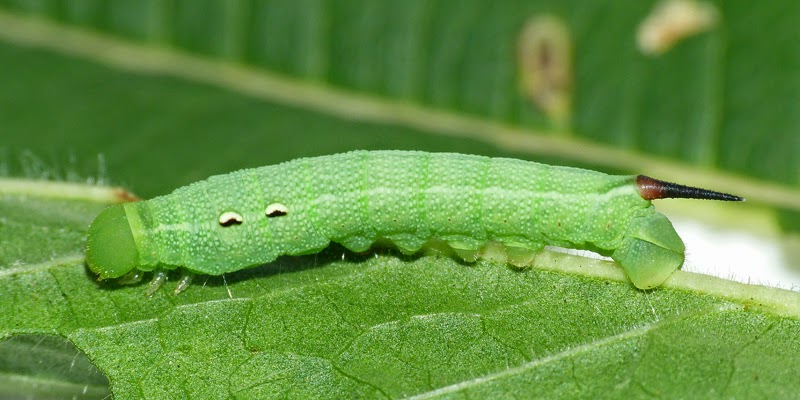 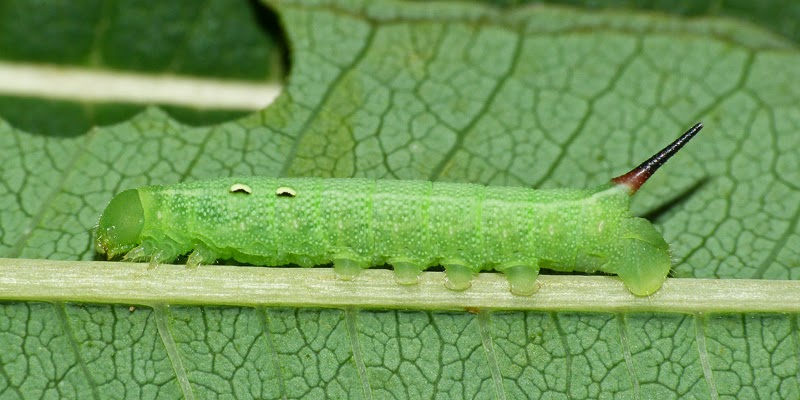 I'm intending to rear through to final instar and then release to pupate naturally.
Posted by Skev at 23:59

Great post look forward to following there progress, most of the people I follow have been "rearing" Moths or Butterflies this year, which is great as you get to see things you would normally not.
Amanda xx