My garden moth list is littered with records of species that have only appeared as a single on one date only, or during one year only. Many of these are really overdue for a re-appearance, and I'll occasionally highlight them through the coming weeks. 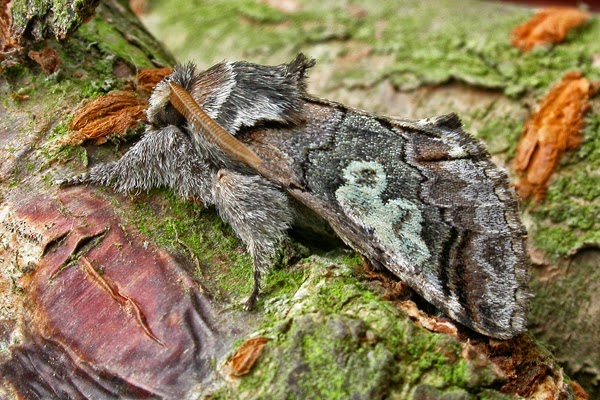 This is the only individual I've ever recorded in the garden, way back on 30/09/2002. In fact I think I've only seen one or two others when out and about in the county. The larvae feed on hawthorn, blackthorn and apple, which make it so obvious why I don't see it all over the place every year!

Well overdue - could have done with one this year for the GMC.
Posted by Skev at 00:05

I was meaning to get out a couple of weeks ago for this. I trapped two in 2011 in a local wood and was hoping to try for it again. In VC30 its a declining species and like you I have trapped it in the garden once (also in 2011). Think we could have missed the boat for this year.........

Yes, pretty sure it's not going to pop up now. Can't understand why species like this decline or have a patchy distribution when the foodplant is so bloody common!