Really pleased with this one - an overdue garden macro tick in two ways. 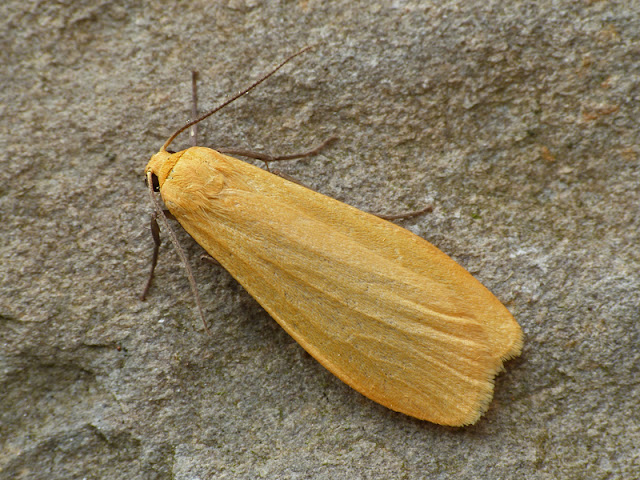 
My last garden macro tick was a Large Wainscot back on 30th September 2011 (way back when moths used to regularly come to garden traps, before the great moth depression started in 2012 .....). It is the 303rd macro on the garden list, and after the two Coleophorids added a couple of weeks ago it is the 628th moth on the garden list.

Also, I was one of the group that added this species to the VC55 list way back in May 2003 - a tatty individual that was not helped by being virtually peeled off of the sole of my shoe whilst we inspected traps at Pickworth Great Wood. That one preceded a dramatic and widespread arrival across the county, and over the next couple of years everyone else was starting to see it in their gardens and it became (and still is) pretty much standard fare when out and about every year. I've therefore been waiting for this one to turn up for the best part of a decade.

Nice catch- I get very few of these, even though there are some locations in VC30 where they are very Common. Still waiting for Buff Footman here.........