Garden tick in the snow

After another 9km or so in wellies yesterday, adding another five species to my Foot It list (Skylark, Yellowhammer, Sparrowhawk at last, Reed Bunting in the morning and Meadow Pipit in the afternoon) today was spent largely indoors apart from collecting Alex from a Cubs camping weekend (I kid you not). I've revised my Foot It target up to 68 (so I'm back to 100%) as I think this is a better reflection of a couple that I should have foreseen and that there are genuine surprises like Barn Owl. There are still a couple of species that I really should see from my original predicted list, plus a couple that I have a chance of seeing given the time and effort. Main constraint is that next weekend I'll be away in France.

But today I added nothing to the list. We had snow falling to some extent throughout the day, though it was mainly piddly little flakes that were not doing anything until mid-afternoon when it got heavier and added another layer on to what we already had. I spent a bit of time looking out at the various feeders in the hope that an elusive garden Coal Tit might drop in, and pointing the camera at various bits (though the shots through double-glazing in low light produced predictably soft or grainy shots). No Coal Tit, but much better was a garden tick Stock Dove. It wasn't a dodgy flyover either, it actually came in with a group of six Woodpigeons and spent time feeding on both the back and front gardens. I'm sure Stock Dove must fly over here quite frequently but I don't tend to spend time out in the garden looking up in hope - virtually all of my garden ticks these days are completely random or fortuitous moments. 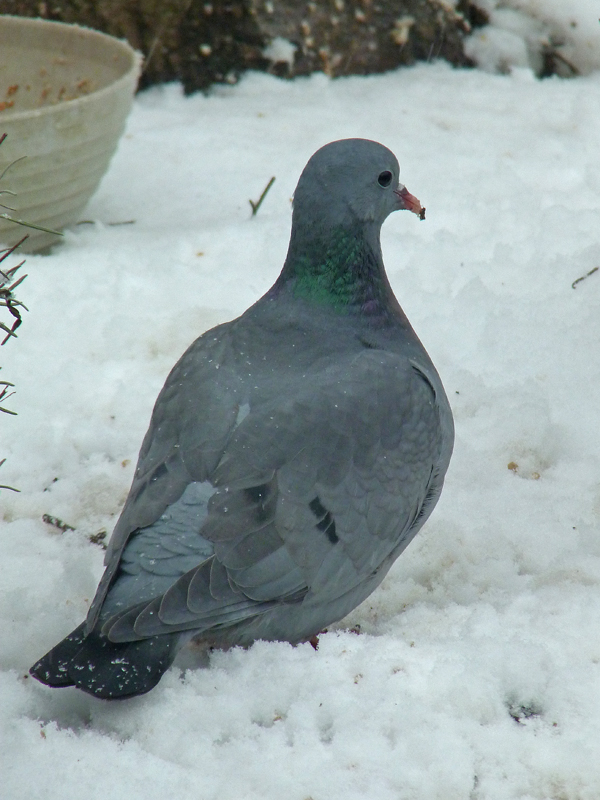 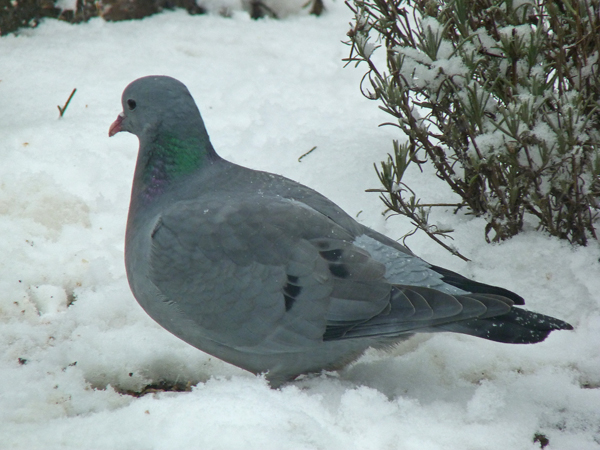 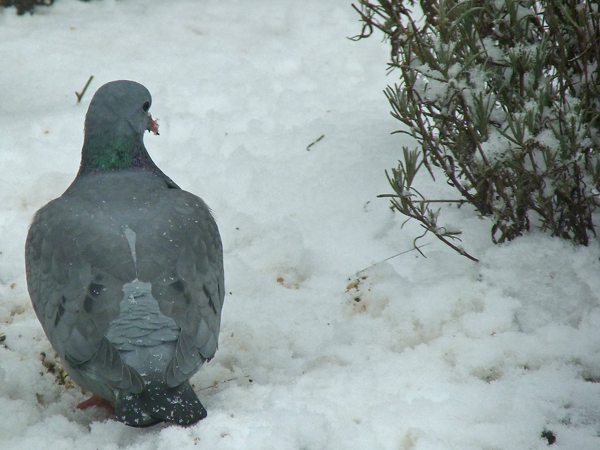 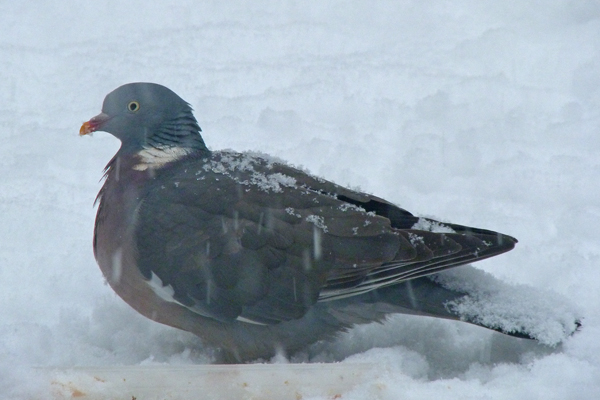 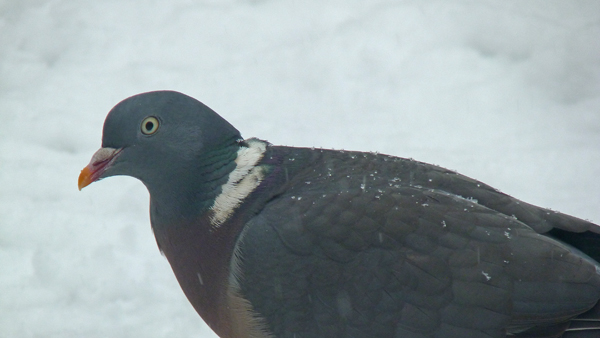 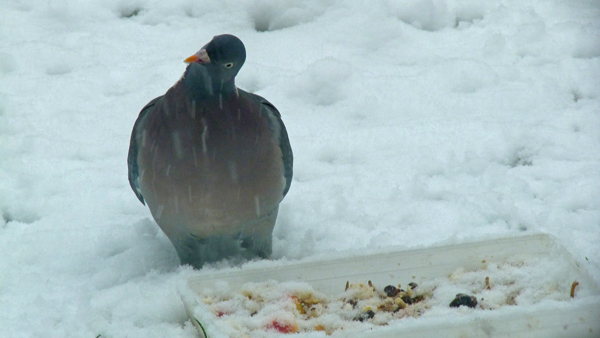 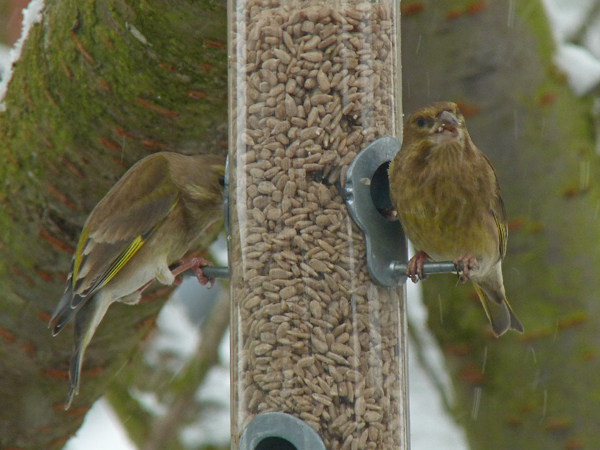 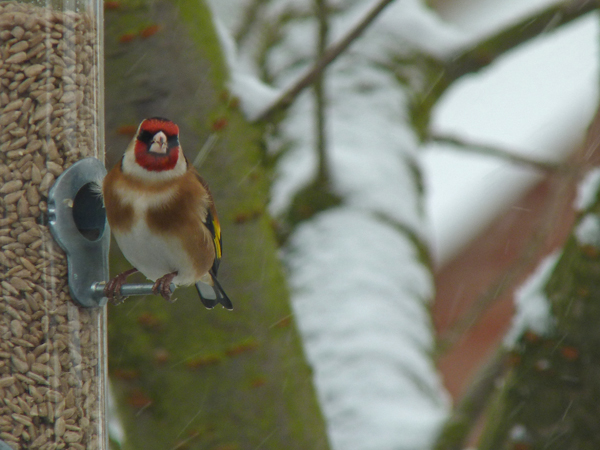 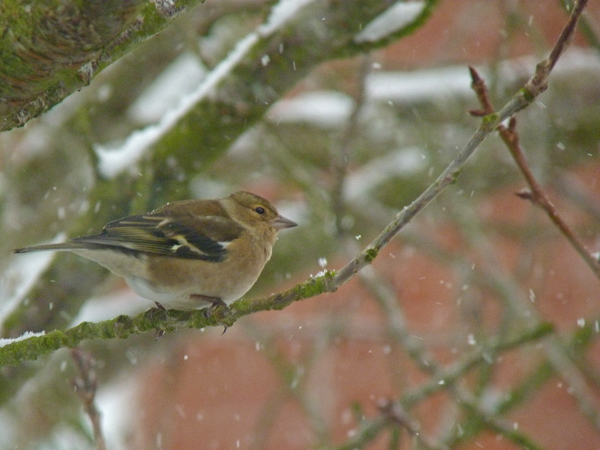 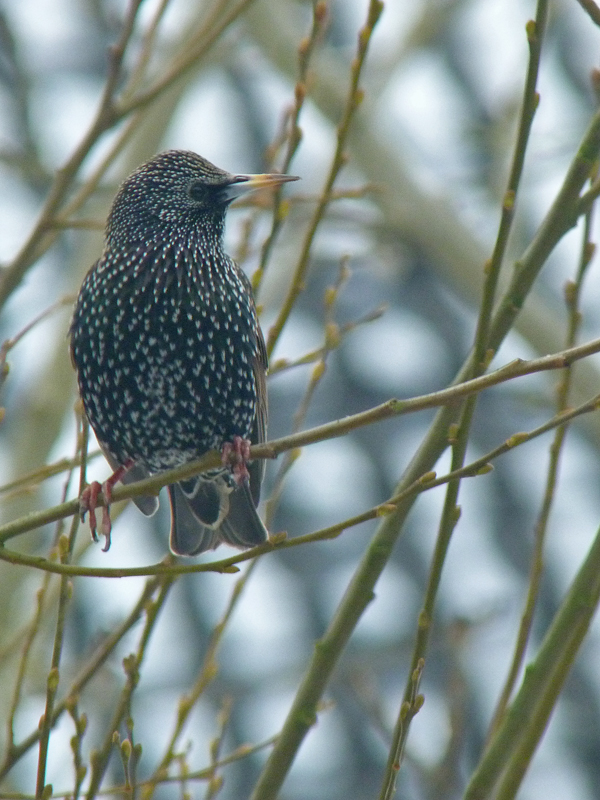 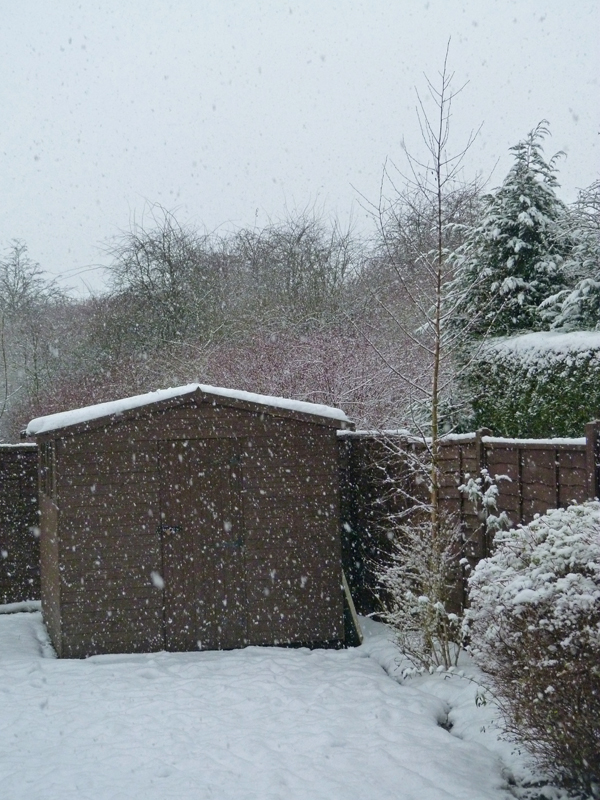