Behind the shed, hidden away and left undisturbed, I allowed a small patch of self-set bramble to take hold. I had no intention of letting it establish properly - this was a deliberate attempt to get a garden tick in the form of the ubiquitous leaf-miner Stigmella aurella.

I remembered and checked yesterday ... long gallery mines, very white looking, purplish edged ... Stigmella aurella duly added to the garden list with several vacated mines. I do like it when a plan comes off. 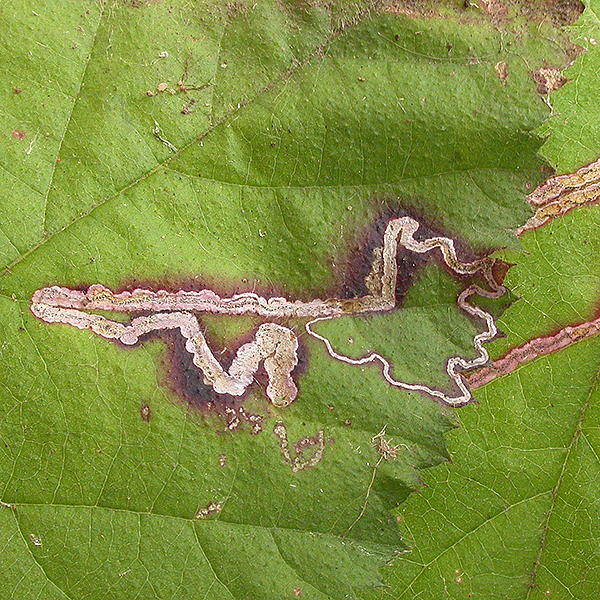 I also noticed what appeared to be a slightly different mine - still a long gallery but much less white and with no purple edging. It also had a continuous thin frass-trail in the gallery ... 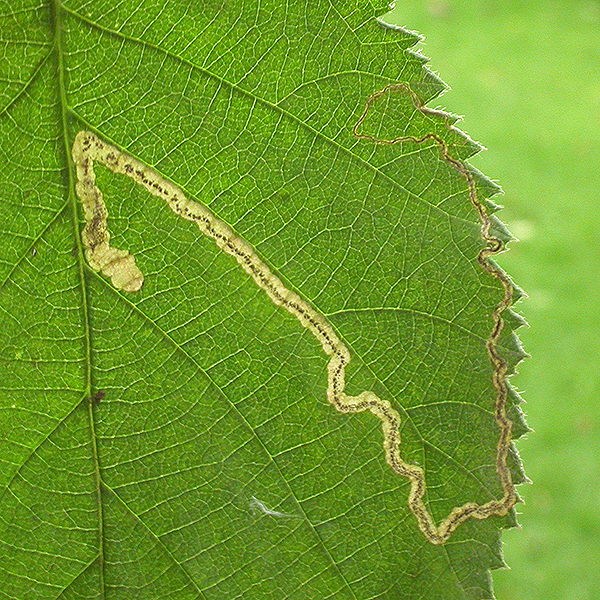 I checked the leaf-miners website and MBGBI Vol 1, and followed up with a confirmatory check with Adrian Russell (County Recorder and leaf-mine recorder). As I anticipated - a splendid bonus tick (garden, County and British) in the form of Stigmella splendidissimella. Great. Now to pull up the bramble!


Last night I neglected to put the traps out as it seemed to be clearing and turning cold at dusk. I then nipped out to the bins at 23:00 and found that it was actually quite still and mild so I got the combo trap out and running. I find that in the late and early season quite a lot of stuff is very late coming to light so I guessed it would still be worthwhile despite having missed 5 hours of darkness. Sure enough, the single trap pulled in 20 of 10sp. Nothing too exciting but good to keep trying - I'm determined to record Sprawler and December Moth this year (neither seen in the garden since 2001).

Chestnut
I should have gone to Rutland Water to day to try and catch up with the Bearded Tits that have been knocking about for a couple of weeks but we spent most of the late morning preparing for and executing Alex's birthday party at Lazer Force. Great - a bunch of 7/8 year olds running round shouting - a relaxing Sunday ..... now to await the flurry of dressed up street beggars demanding sweeties ....
Posted by Skev at 17:35

Never had Juniper Carpet before.....what do they feed on? What ever it is , you must have loads of it.

Before you say Juniper, what varieties do you have in your local area. We have various coniferous trees, but in Bedfordshire Juniper Carpet is a real rarity.

Matt - as far as I know it feeds on various varieties of Juniper, not just native. I'm sure there must be a few cultivated varieties in various gardens on the estate. I've never had Juniper Pug though, but others in VC55 seem to get it every year.