After the marathon trap-emptying session at Clipsham, we dropped into Ketton Quarry briefly to check the poplars on Pit Lane just opposite the entrance to the small industrial estate and the geology trail car parking.

All six poplars were obviously infected with Hornet Moth - though we were too late in the day to see any adults. How these have been missed for so long is almost incredible!

I then stayed on for a while in the hope of grabbing a few shots of Marbled White. It was gloriously sunny and warm and the butterflies were very active. Sadly - they were so active it was impossible to get a shot. It wasn't a case of missed opportunities - I just didn't see a single Marbled White settled on anything. I found a few Mullein larvae still munching on the Mullein. I also found what I presume to be the fabled Knapweed Broomrape. 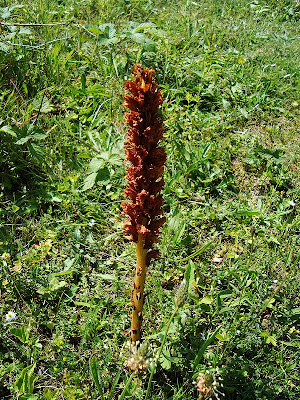 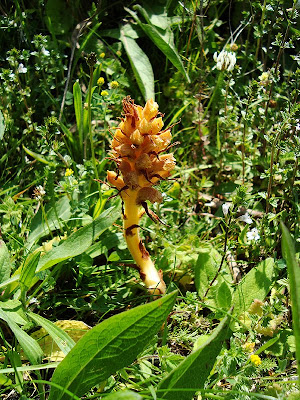 Whilst looking at plants I don't know, I found this which having looked up I think could be Hedge Woundwort. 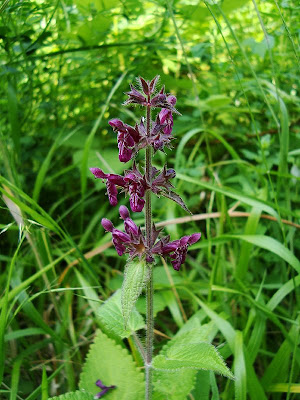 Some sort of mint - Hedge Woundwort?

Here's a couple of shots looking down from the top of the path. 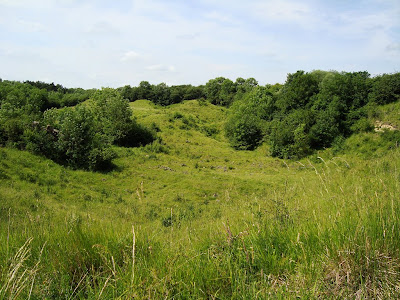 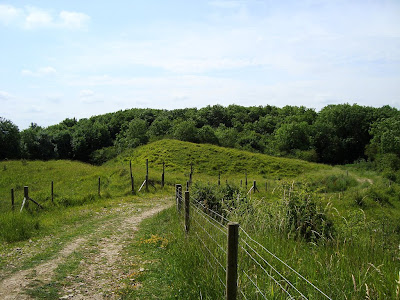 The other side of the path - I've lost the compartment number sheet.
Posted by Skev at 23:11

Hi Mark, no it's not the only site in VC 55 for Knapweed Broomrape as I found a few spikes near Esssendine, Rutland whilst doing a couple of plant surveys for the Lincs and LRWT!!