Having said that, I've already posted a photo of an interesting moth I found on my office window last year, and on 25/09/2006 I recorded the first Antigastra catalaunalis for VC55 - a rare migrant pyralid - which again I found on a window at work. I also had a huge adventive beetle at work - a Pine Chafer - in July 2006. 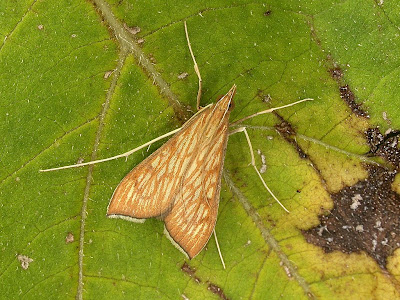 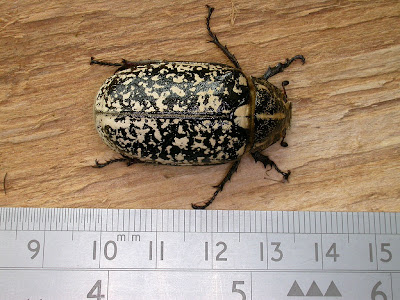 On the bird front, today I noted a flock of c60 Waxwings from my office window, perched in trees on Golf Course Lane. This is the second time I've seen Waxwings from there - the last time was March 2005. Although it is a different company, I now work on the same site as in a previous job - part of the old Marconi factory and grounds were flattened to build the warehouse we now use for our cans. When I worked for Marconi, I recorded Nightingale and Red Kite along with regular stuff like Lesser Whitethroat and even Sedge Warbler in the scrub that bordered the old car-park - sadly long gone now.
Posted by Skev at 21:16