Northern (at the) Lights

Okay, I've not completely fizzled out though it's been slow going lately. And I'm also scuppered at the moment as we're decorating the room that I laughingly call the 'study' - which is actually a room in the extension that was the kids play room when they were toddlers, but is now a junk repository where I happen to have some book shelves and a desk with the PC on. It will more of a video gaming snug / study when I'm done, but for now I have no access to books or the PC ......

So here I am on my phone posting a poor 'off the phone in bad light' shot of a garden tick. And it's one that wasn't on the garden list radar. 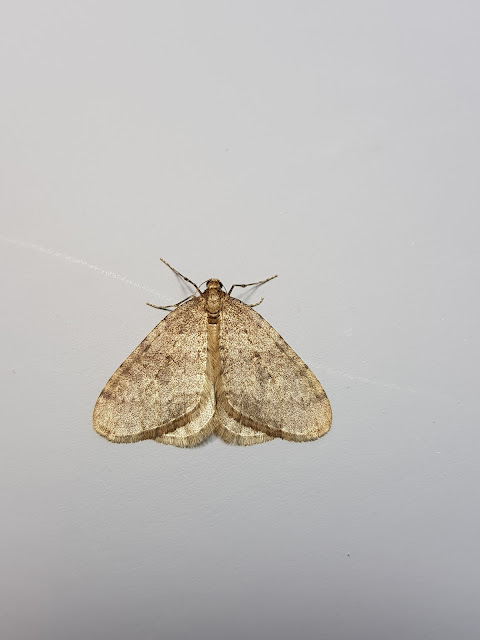 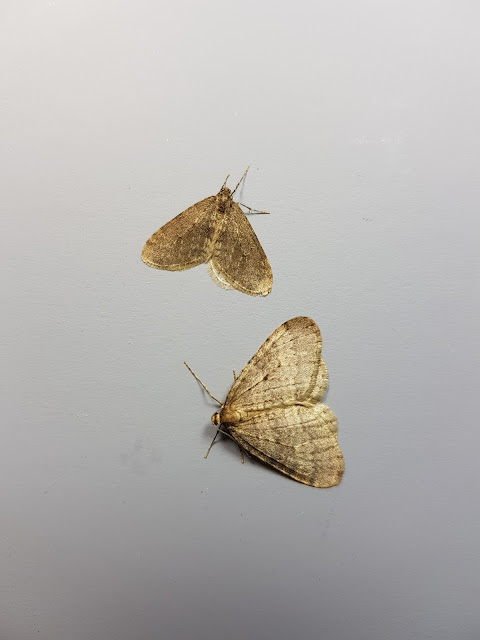 As seen here next to a regular Winter Moth.

I'll have to look more closely at garden winter moths now - this only stood out because it was alongside x4 Winter Moths.

The only other recent news relates to me actually going out birding for a change. I've been out and about seeing Hawfinches at Burbage Common, not seeing Ferruginous Duck at Eyebrook Res but jamming a County Tick Merlin in the process. There's every chance that I'll do some more bird-spotting this winter for a change.

Posting on the phone has done my head in for now so I'm off.
Posted by Skev at 20:00

We desperately need a Merlin image for NatureSpot - got any photos?

Vast majority of VC55 Merlin records will be of surprise individuals dashing past hunting small passerines. Chances of anyone getting a decent photo is incredibly slim! We need to find a regular bird and then find the roosting area to have any hope - hasn't happened recently (ever in VC55?).