The moth trap was out last night, and it was poor (Hebrew Character x2, Early Grey x1, Common Quaker x1). And it's been another overall dull day, albeit a bit less breezy and slightly warmer.

As is now the norm, whilst stuck indoors working from home, every now and then I manage to stare out of the windows for a while and watch birdless skies. But today a couple of bits of luck came when least expected. This morning, whilst on the phone to colleagues I was stood at the upstairs window of the 'study' looking out whilst engaged in the conversation. And bugger me, a garden tick Red Kite drifted into view from directly over the house, and annoyingly it was leisurely and low enough that had I been ready with the camera I might have got a shot. As it was I was in the middle of a several-party discussion and not really in position to sack them all off to grab the optics. I feel the need to mark the occasion though, so here is the actual view with an artistic impression of the raptor ... 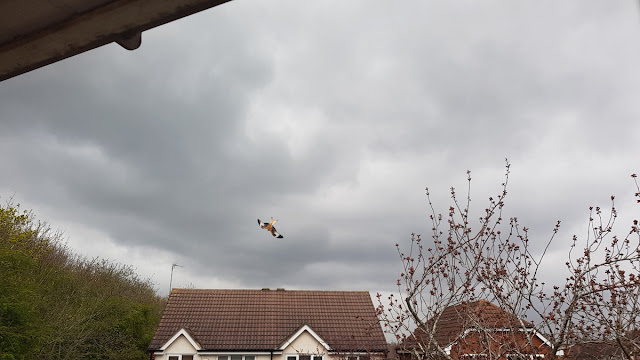 Yeah, maybe not quite right but you get the gist - Kite heading roughly NW

This brought a question to mind for Steve Gale's 'lockdown listing competition' that I'm not officially entering; every species seen increases the %age 'completion' for a garden list, but if the bird is actually a garden tick, does that mean that both the list and total go up by one which kind of penalises garden ticks!? So I checked, and apparently everyone is using the 'historical' list which I'll take to be whatever it was at the start of the lockdown.

Late yesterday afternoon, and again late this afternoon, I headed down the lane for a quick walk. No bins, pots or camera, just my phone and yesterday I took and deployed the cam trap. I set it up in a small woodland copse, more in hope than expectation. I have no idea how you are meant to deploy these really, so went for a low position sort of pointing in the direction of a 'ride'. 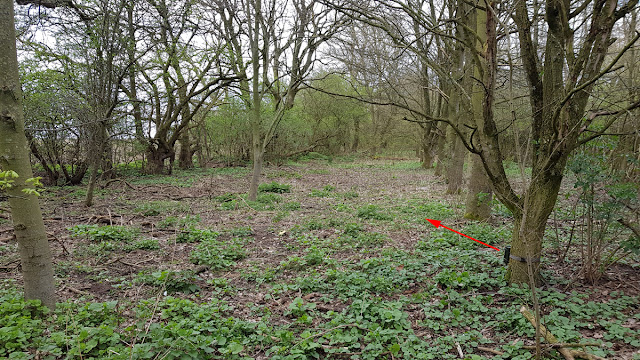 So this afternoon I collected it and found that I had caught something after all. Albeit badly. The footage shows just how dark it must be in that copse, very grainy, and the position clearly wasn't great. But again you get the gist and can make out a lumbering Badger early this morning. After sun-up, the camera also caught a pathetically brief and partial female Pheasant and a quick bounding Rabbit. 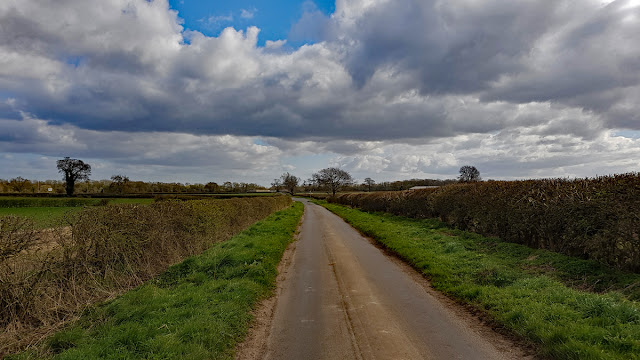 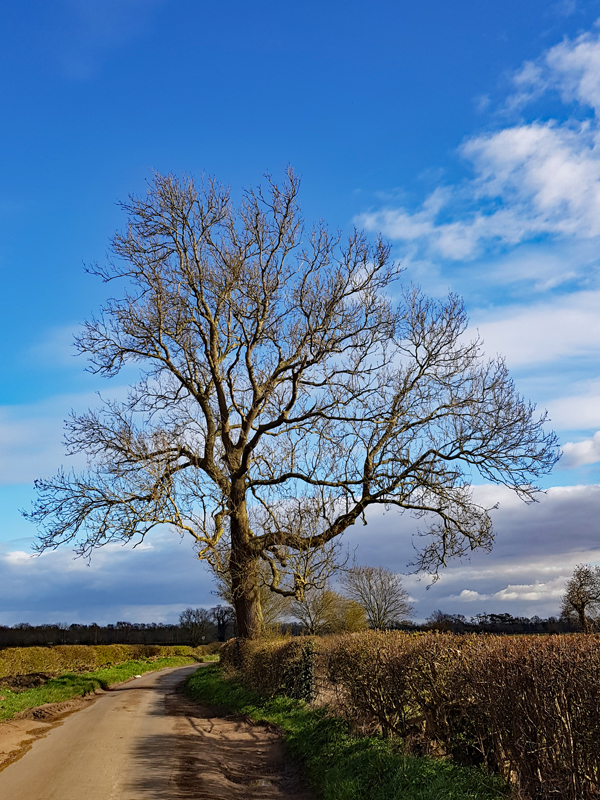 Literally as I got home from the afternoon walk, the second slice of luck as a Mallard careered over the house heading west.

I'm hoping the weather picks up again soon; the garden invert action has dropped off completely since Saturday and I'd like to see more moths! The lane is going to get walked a lot - it's the gateway to most of the sites that are half interesting within a reasonable walking distance. Though perhaps when the weather picks up the old bike will come out of the shed - I could use the exercise as the gin and wine is getting a hammering .....
Posted by Skev at 18:42

I've often wondered about setting up a trailcam, little chance of it getting nicked around here. Pine Martens colonised Skye once the bridge went in and there's a guy 15 miles south of here has them in his Portree garden. Hmmm.... Love that Pheasant, thought it was an Adder sliding by! :D

We've also had the first ever Red Kite record over the house. I wonder if they're responding to the reduced activity, e.g. road traffic.

To be fair Alan, I'm very close to the motorway and it doesn't sound like ther is much less traffic!