A few more from yesterday, trying out my new Nikon CoolPix P600 bridge camera. One of the things I was keen to check out as soon as possible was that it worked okay with the Raynox macro conversion lens that I've been using with good results on the Lumix. Almost as soon as I started walking along Kinchley Lane alongside Swithland Reservoir (if you came for the Crag Martin all those years ago, it's the lane where you parked and then got blocked in ...) I found a small spider on the stone wall. An excellent subject to try it out, and all the better when I sussed out that it was new for me. 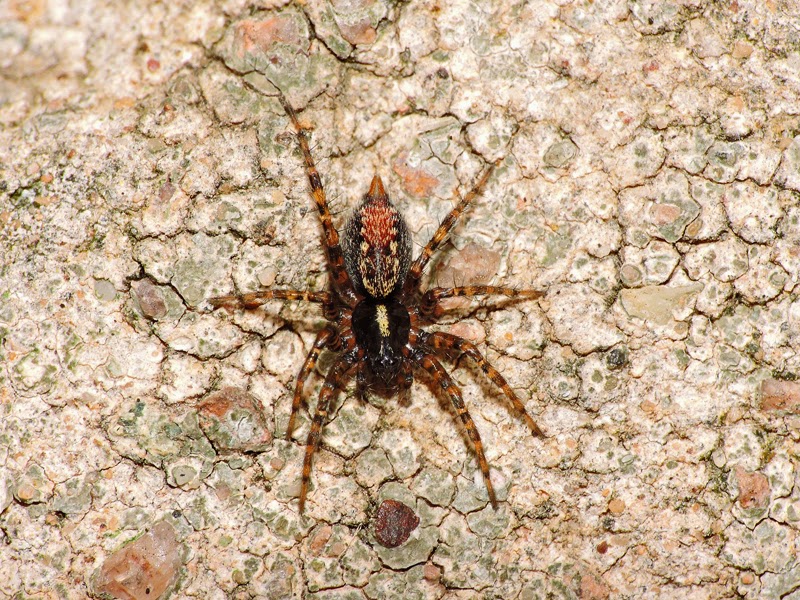 I took this using exactly same technique as I've been using with the Lumix: autofocus set to macro, aperture priority and aperture wound up as high as possible (f7.6 for this shot), flash forced on, WB set to flash at -1, no exposure compensation, ISO fixed at slowest (100 on this camera) and this shot was 1/60 sec. Snap. Images looked okay on back of camera and I'm pleased with this one.

I then found some leafhoppers on oak whilst checking for galls on the underside of the leaves. Again, same technique, and unbelievably another tick. I can't credit the camera for two ticks in quick succession! Had to zoom in a bit more for this one which makes holding the focus whilst hand-held a bit more hit and miss, especially out in the field, but this is okay.

So far so good - camera at least comparable to the Lumix with the Raynox in use using usual technique. One of this things that I don't like though is using the flash all the time. Tends to work okay for most inverts, but not good for lots of flowers. So with the cleaner image at higher ISO than I get from the Lumix I am hoping I can ditch the flash more often, especially for flowers and moths. Here's a couple of shots taken using the Raynox with flash off and WB set to cloudy. 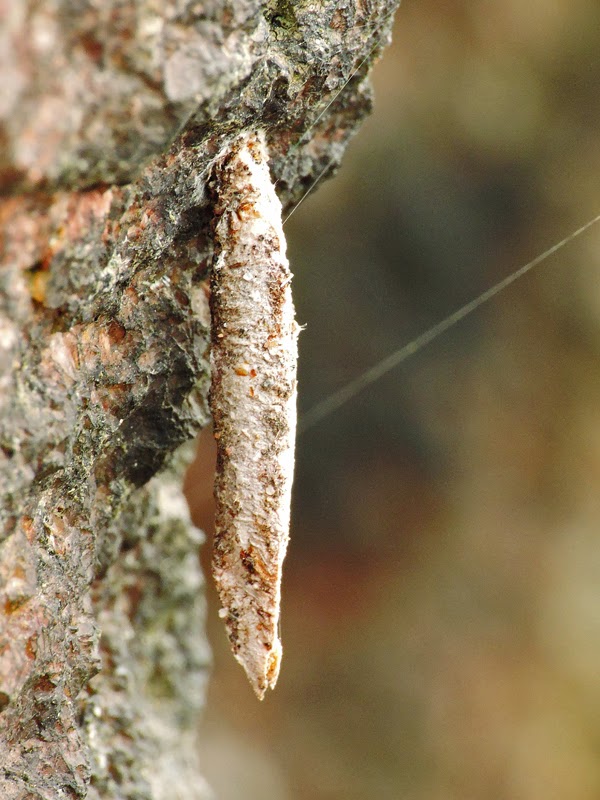 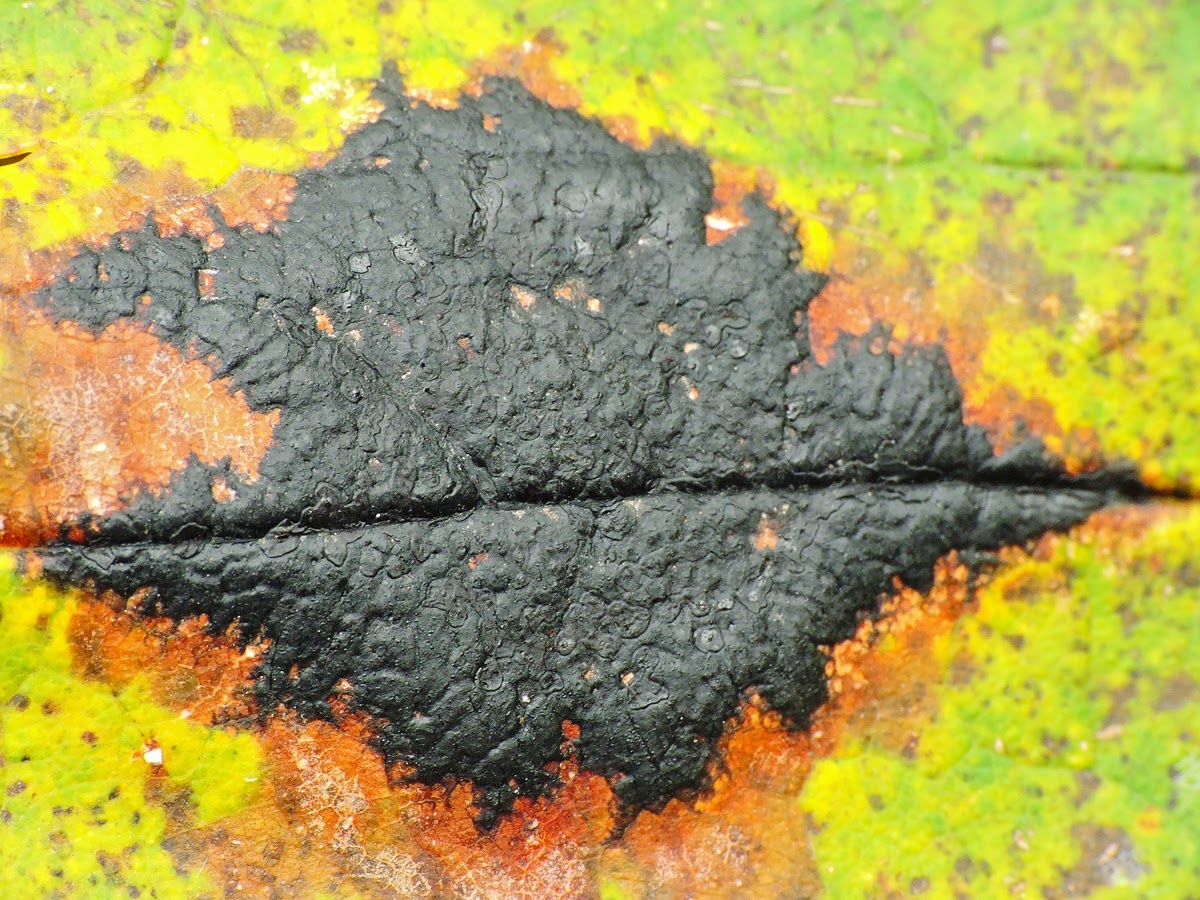 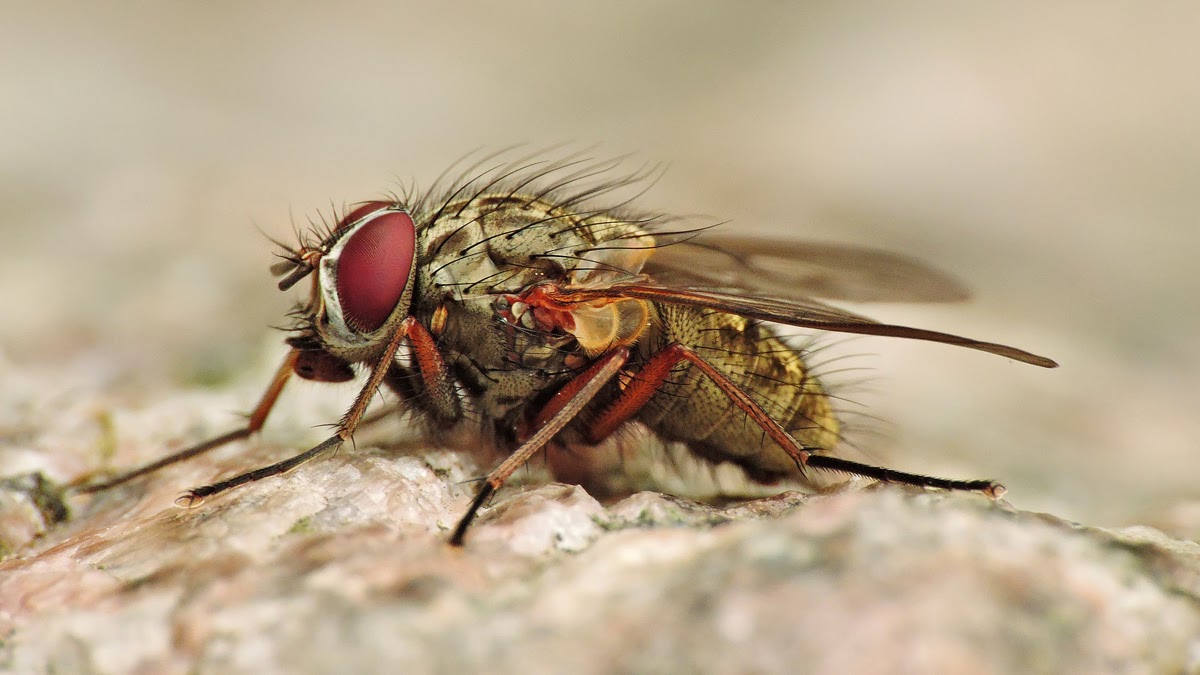 I think with compliant subjects in the right conditions, there is more scope for useable shots without flash from this camera than I got with the Lumix.

The last thing I wanted to try out was the in-built macro without the Raynox. With the Lumix, this is only really useable with the macro zoom facility with creates a noisy image unless you are photographing something butterfly sized and bigger. I was lucky enough to find a Grey Shoulder-knot settled on the stone wall, albeit in a pretty shaded spot so I would have to use flash. Moth photos are sometimes rubbish with flash; it does depend on the lighting conditions you are in but it's the reflectivity of the scales on some moths that screw it up. 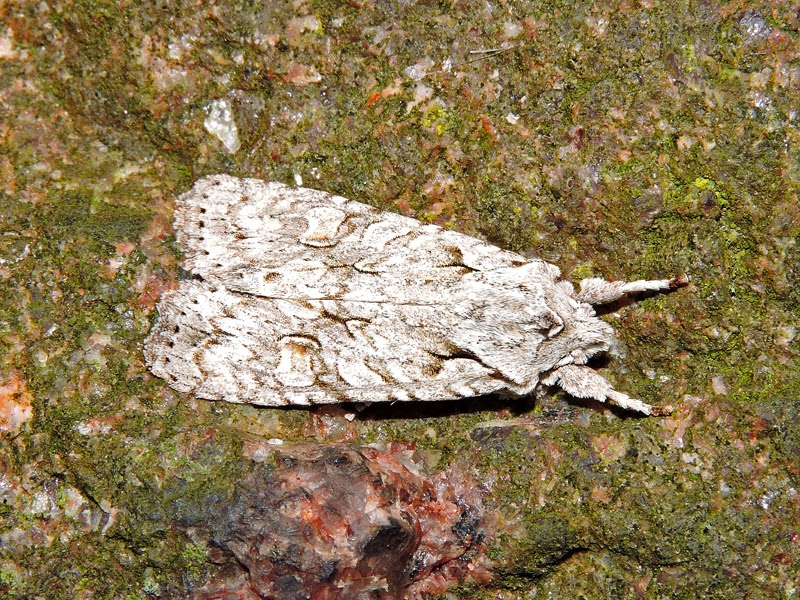 Not the best moth shot I've ever taken but certainly gives confidence that I should be able to get useable macromoth photos using this camera without the Raynox - something that I can't do with the Lumix.

All in all a good testing session, and obviously more time spent using it will improve the techniques and results.
Posted by Skev at 20:31 1 comment:

Most photos posted on this blog over the last four years, and virtually everything over the last two, have been courtesy of the Panasonic Lumix FZ45 14 megapixel bridge camera that I bought in August 2010. When I bought it, it was to replace the second-hand Canon EOS 350D I'd been using with a 90-300mm zoom lens, and also my old Nikon CoolPix 4500 that was about dead and only usable indoors for moth shots. The flexibility of the Lumix was soon put to good use, with 24x optical zoom, HD video and anything from macro to panoramic on consecutive shots. I was a little disappointed with the noisy sensor that meant that anything over ISO 200 was not great, and the in-built macro zoom was also a bit noisy. When I got hold of a Raynox DCR-250 macro conversion lens in May 2012, the quality of the macro shots improved dramatically and since then it's been a brilliant tool out in the field. It still works perfectly with no dead pixels, battery life is brilliant and I'm happy with the macro shots. But it's four years old and things move on.

I've been grappling with the idea of going back to a DSLR for a few months, with the main objectives being to get better image quality at higher ISO and to try and get a few more bird shots. Main reason I haven't gone for it was down the same old problem of needing various lenses to do everything I want to do whilst out in the field - and that means ridiculous cost. I very nearly went for it though, with a Canon EOS 70D the likely target. But I then started thinking about other stuff I'd like to try, like underwater photography/video. So I finally decided that rather than spending the best part of £800 on a DSLR and basic lens (for which I'd then have to spend another couple of grand on proper lenses) I would upgrade my bridge camera and also go for something completely different to play with (I'll come back to that).

So for the bridge. My first decision was that it woudn't be Panasonic. The Lumix is great, but I want a cleaner shot at higher ISO for birds. I considered the Canon PowerShot SX50 HS - it has a 50x optical zoom but is only 12.1 megapixels. Looking at a few other options, I decided to go for the Nikon CoolPix P600 - 16.1 megapixels, 60x optical zoom and given the long happy experience I had with the 4500 it felt right going for another Nikon. I bought it this week - £299.00 - significantly cheaper than a DSLR option and cheaper than the Lumix when it was new.

Been out today having a quick play with it. I've proven it with the Raynox DCR-250 both with and without flash, checked out the in-built macro and had a play about with various different settings. I've got a few shots of bits to post separately, but the main thing I managed to try out was getting a few bird shots. Helps when there is an obliging subject but first impressions are that I am going to get what I wanted from this camera.

This Grey Heron was knocking about along the dam at Swithland Reservoir. The lighting wasn't great but all of these shots were taken with the ISO set to auto 100 - 400, and all shots are either full width or height crops (resized for the blog). 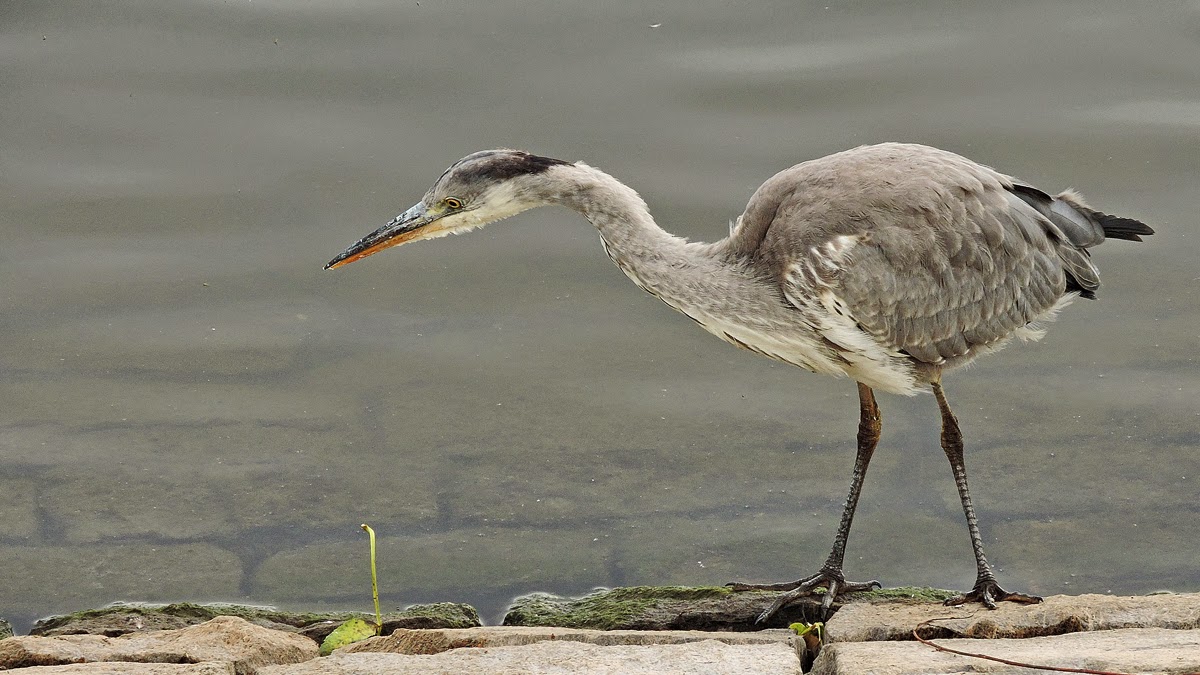 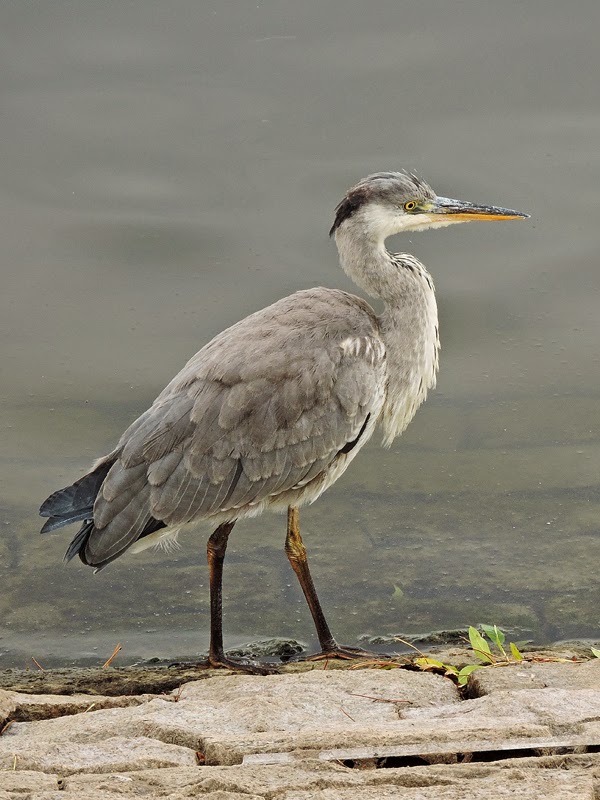 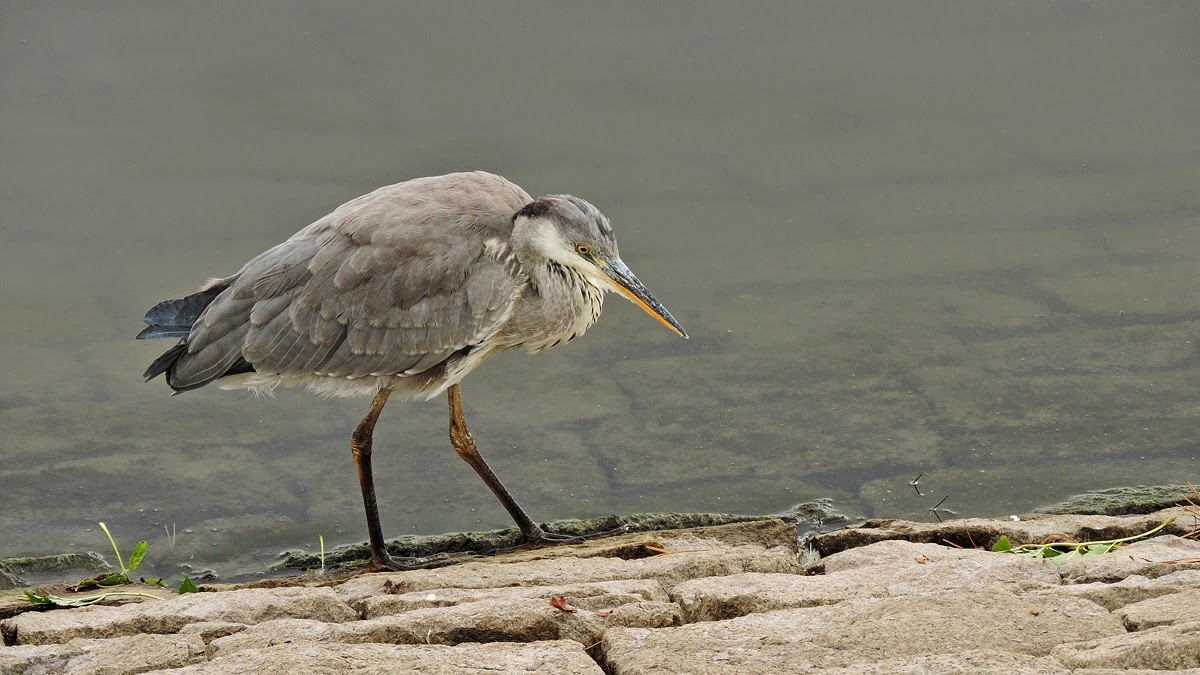 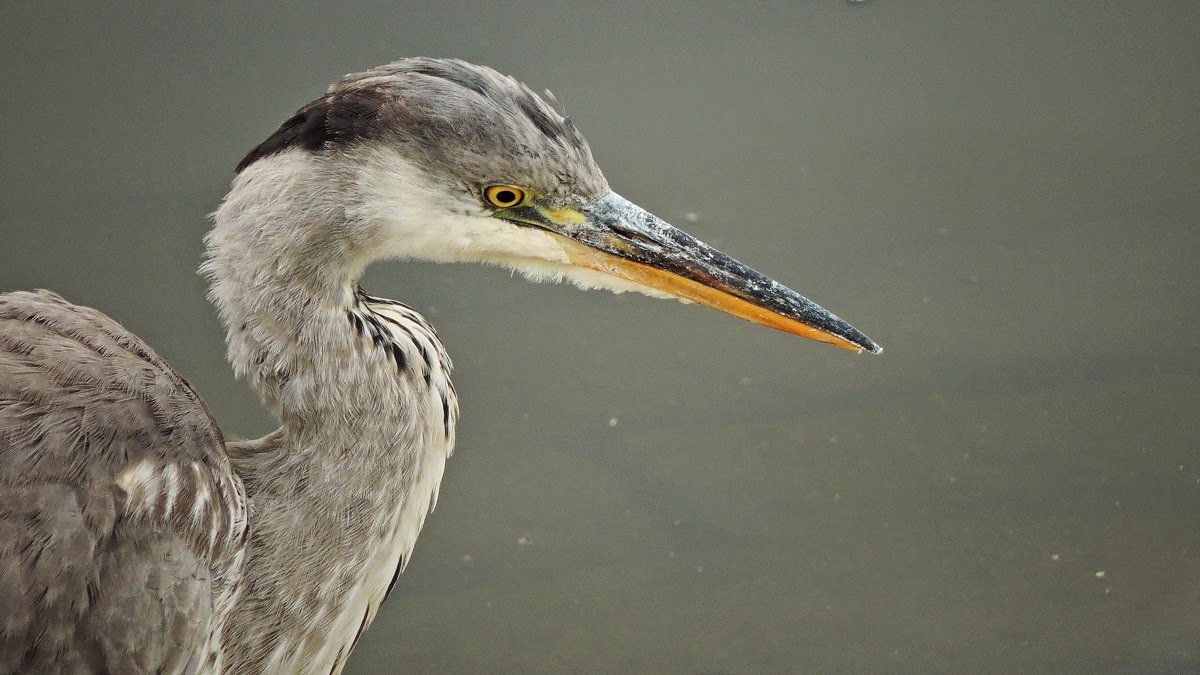 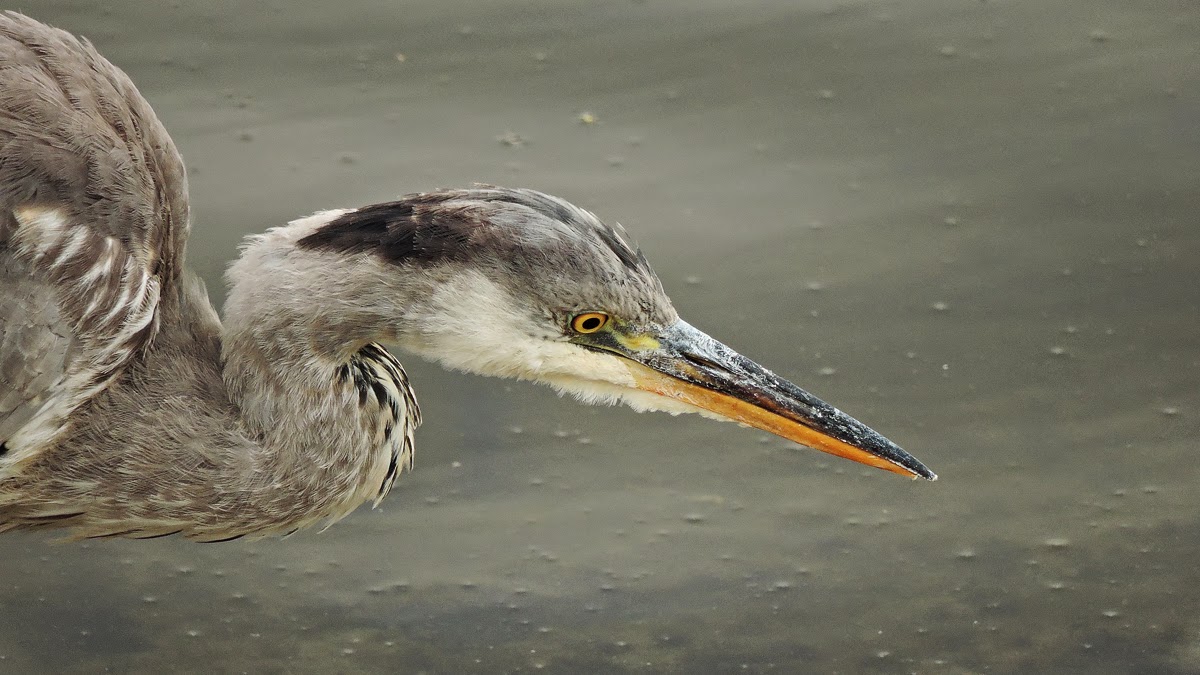 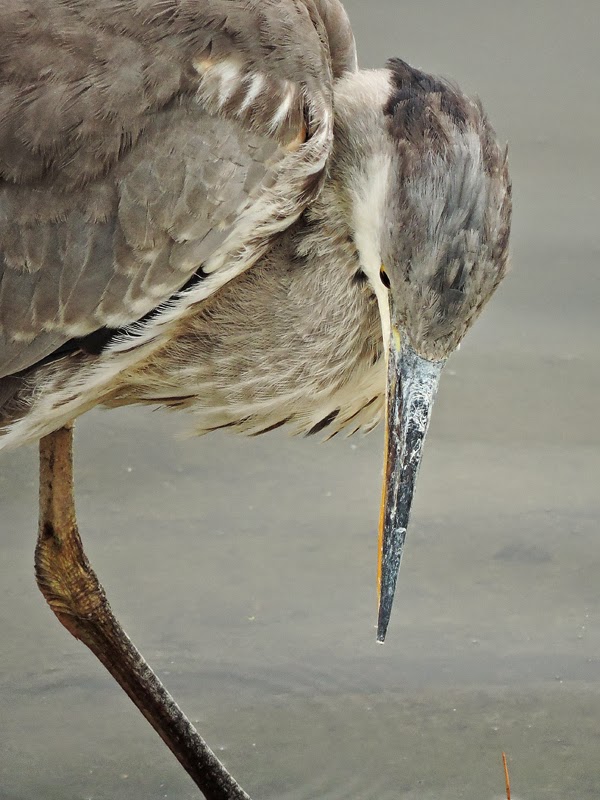 Pretty pleased with these to say the least, far better than I've ever managed with the Lumix or any previous camera I've owned. I shot a few other birds as well ..... 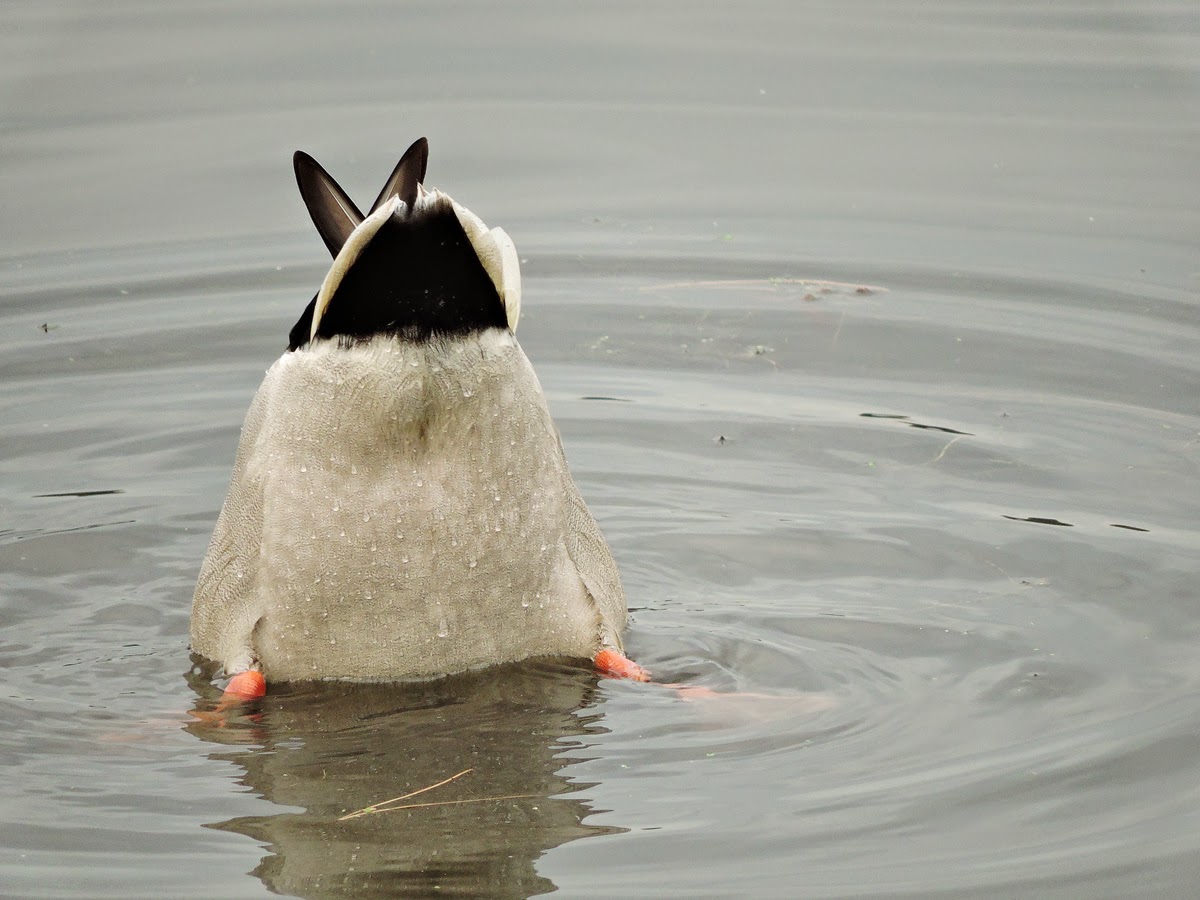 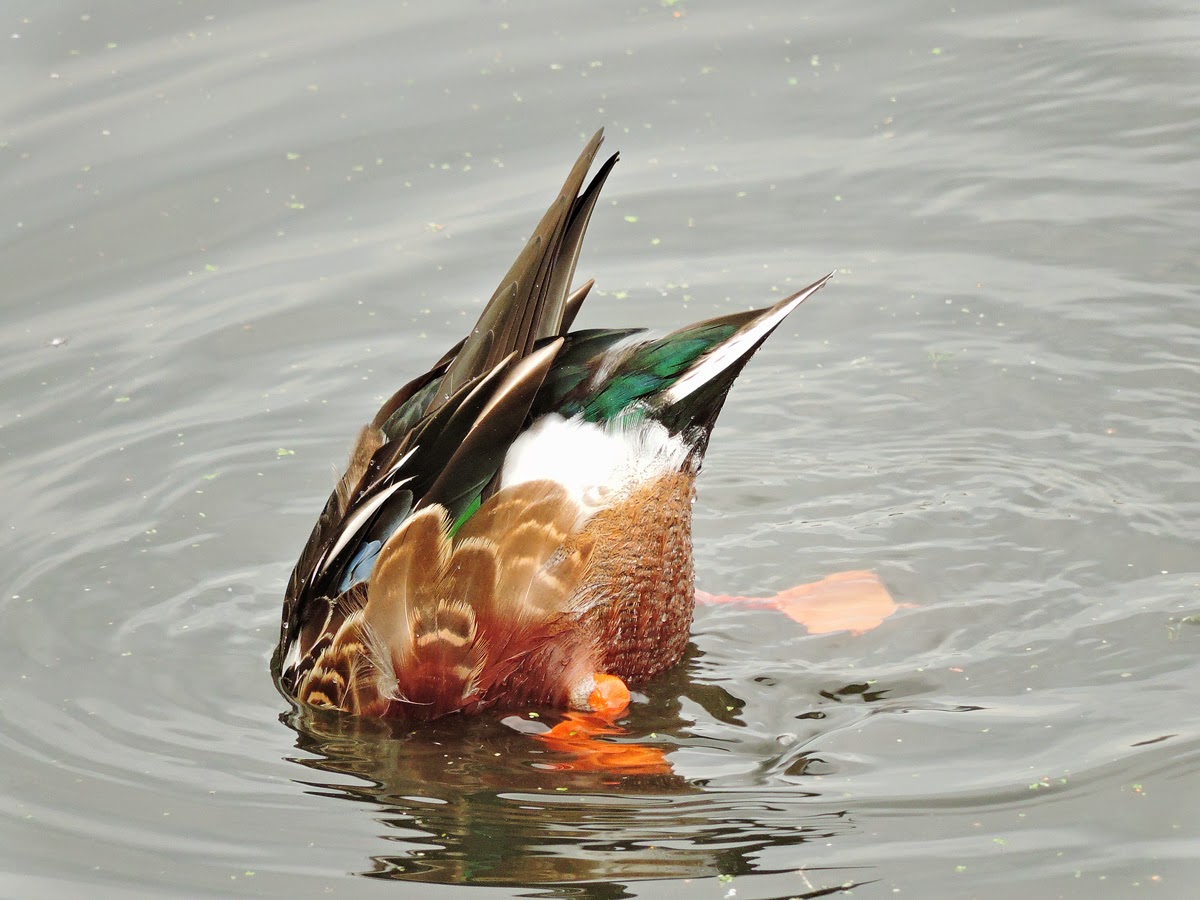 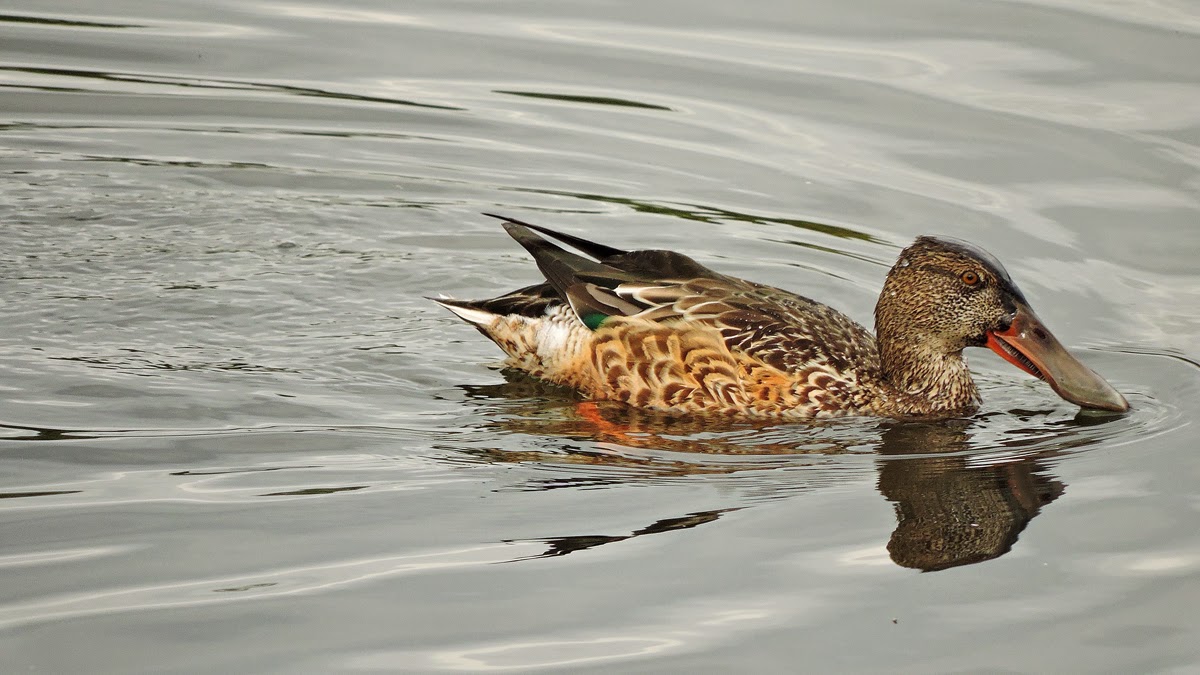 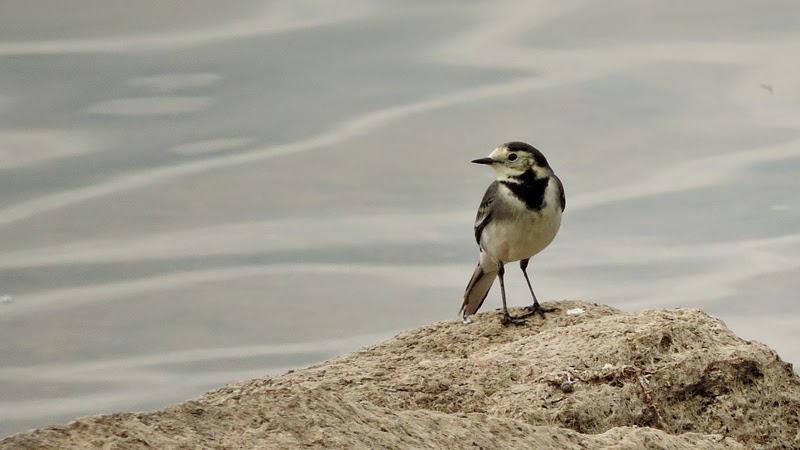 This last one is actually a quite heavy crop from a shot at 60x optical zoom.

I mentioned another camera which I am going to get. I'm going for one of the new GoPro Hero 4 cameras, just trying to decide whether to go for the silver version with built-in LCD or the black edition which will have much higher res video options. Main reason I want to get one of these is that they come with a waterproof housing and I can stick it in rivers and rockpools to try and get some nice video of stuff that is off-limits at the moment. Plus they are quite funky little cameras anyway. I'm away on holiday after next week so would be good to have it available for then. I'll have two excellent cameras for different things, at a total cost of less than the DSLR option which wouldn't do half as much.
Posted by Skev at 21:25 3 comments:

I nipped over to Croft Hill for a brief walk around yesterday afternoon. It was good to get out and have a look at a few bits for a change, seems like I've had another busy period where time flies by. Nothing too out of the ordinary, with larval life being the most notable things I pointed the lens at. 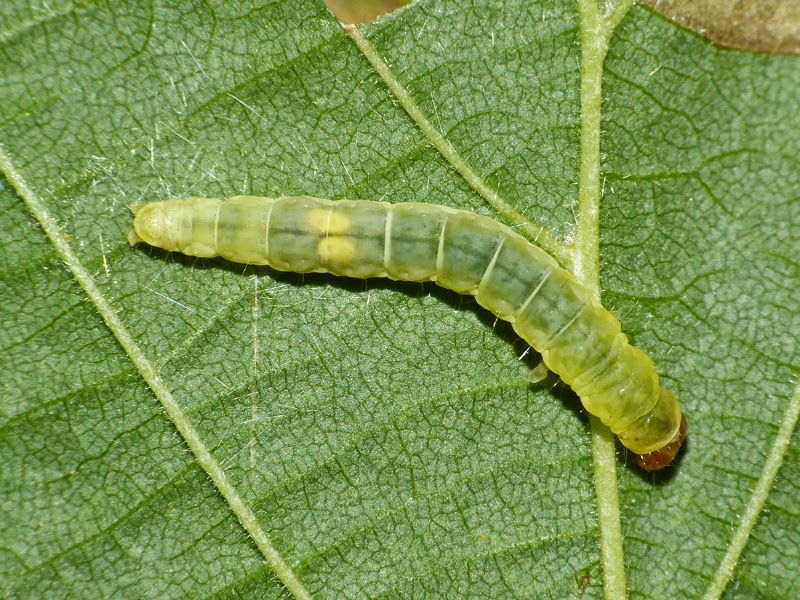 Pretty sure this is Diurnea fagella - has those odd enlarged third thoracic legs. Found this feeding in a spun tent on hazel. 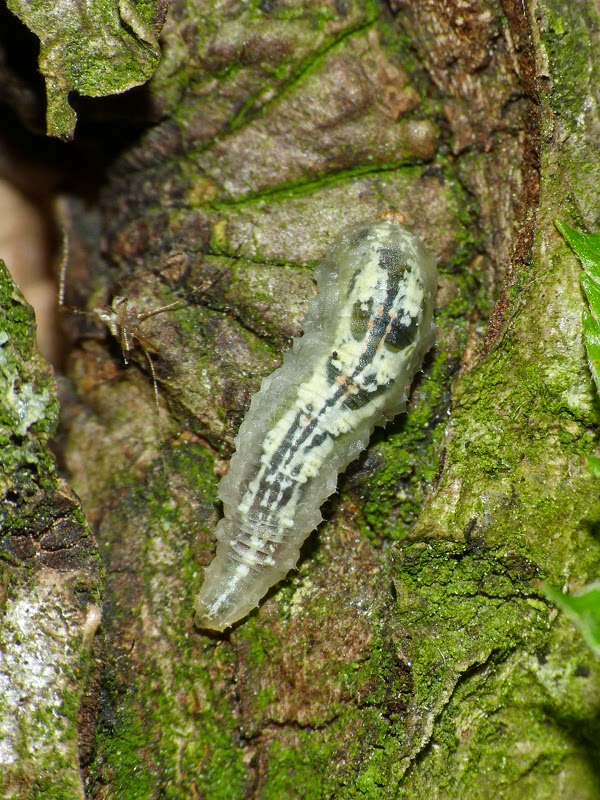 This is a hoverfly larva, and probably a Syrphus/Eupoedes sp. 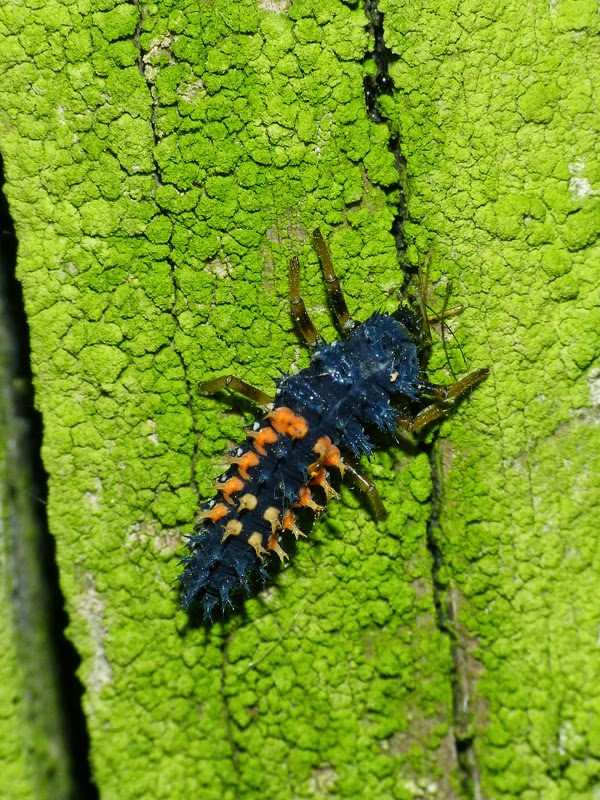 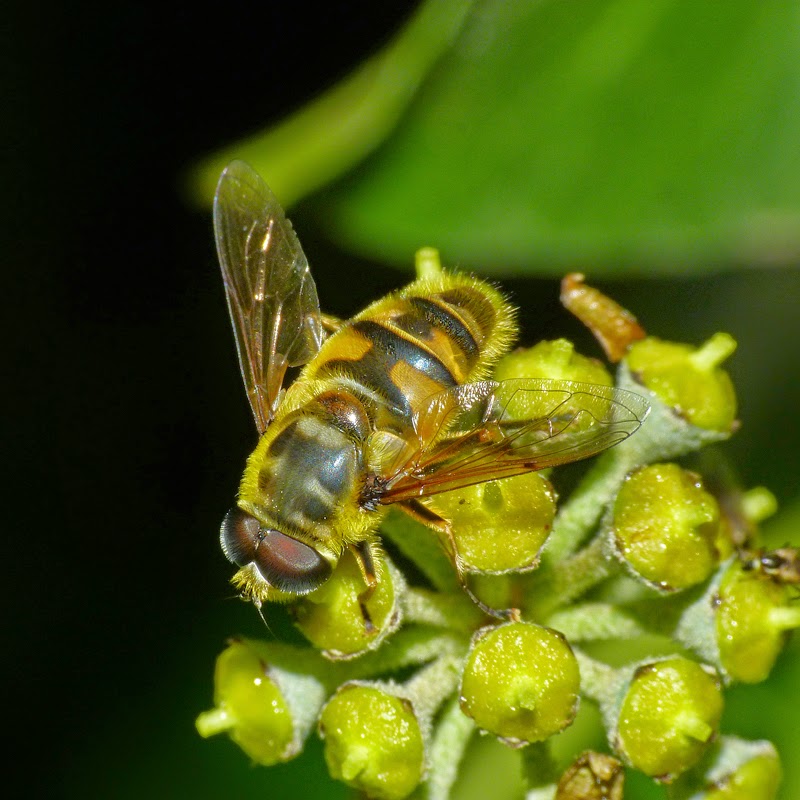 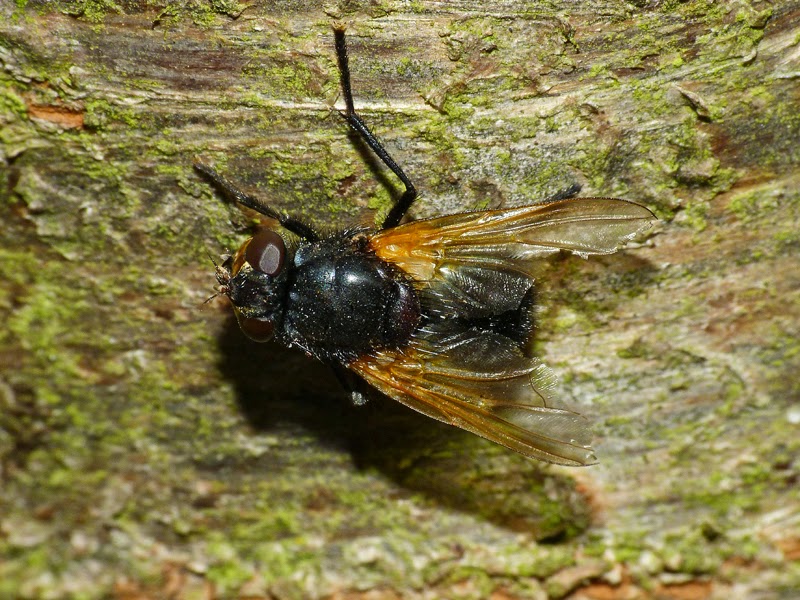 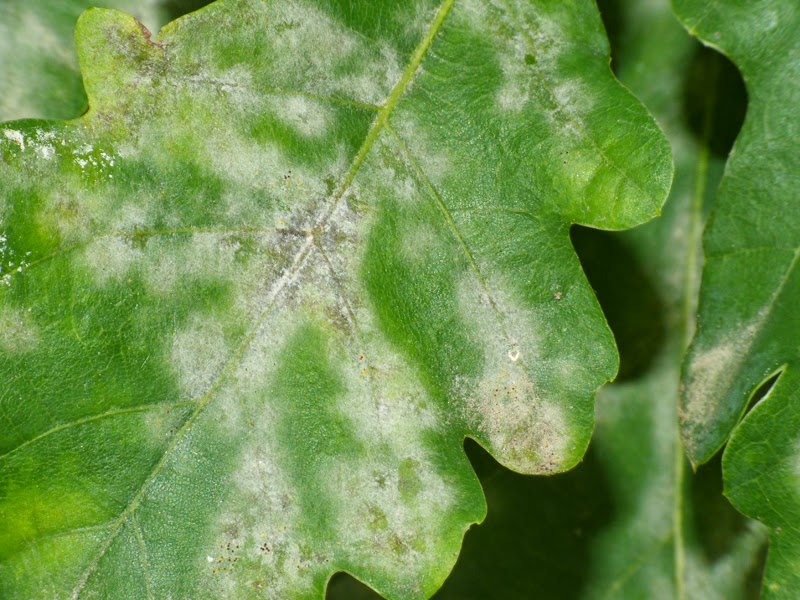 And this spectacular thing is a powdery mildew on oak - Erysiphe alphitoides
Posted by Skev at 19:18 1 comment: