This year I've pretty much abandoned my previously much-trusted macro photography tool of choice. Indeed I just about completely stopped using it 2012 other than for a few moth shots. I bought it in 2002 and over the following years I've had sterling service from it. In particular, it was great for indoor use when coupled with the CoolLight SL-1. It looks exactly like this only more beaten up. 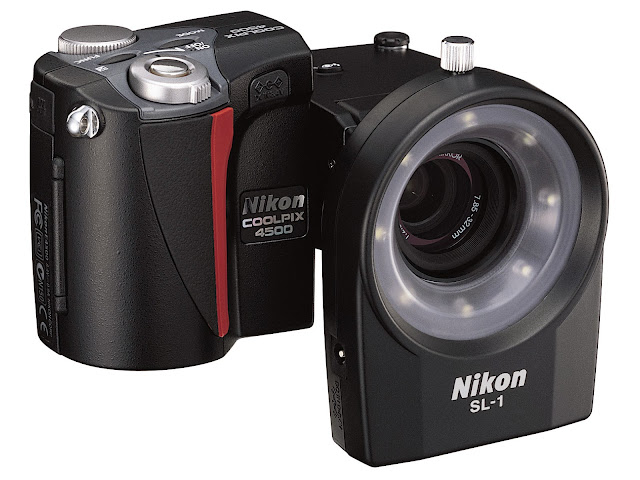 I can think of at least two naturalists still using their 4500s in the field with success, and I'm sure many have gone as far as acquiring a second-hand back-up off of e-bay or similar. The only real weakness with this camera is the shutter-lag, though for compliant subjects that doesn't matter. I suppose the relatively small 4.5megapixel sensor is also a handicap for anything but web use, and the old compact flash memory card style is also a pain compared to SD cards (my PC has a built-in SD card reader but I have to use a USB reader for the compact flash). Nothing lasts forever though, and mine is pretty much knackered. There are numerous dead pixels, and I can't use it outdoors as the batteries only last a few shots. I've also found that the viewing screen now seems absolutely tiny.

The Lumix FZ45 + Raynox 250 macro converter has definitely taken over for everything now, and coupled with the general versitility of a bridge then it's hard to beat. I'm not completely happy with the Lumix though, the sensor is noisy versus the CoolPix, though it's okay if restricted to low ISO. But there has been one definite downside to the Lumix, which is that I generally have to use the built-in flash and if working indoors it's not great - especially for moths which end up looking a bit shiny. That's why so many of my moth photos these days are lazy 'in the trap' shots where there flash works a bit better outdoors even in early morning gloom.

I've tried diffusing the flash etc, but not with any great success. I felt I was missing the boost that the CoolLight used to give. So I was very interested when a bit of Facebook banter on the PSL group highlighted a LED ring that is intended to be used with a microscope. Like this .... 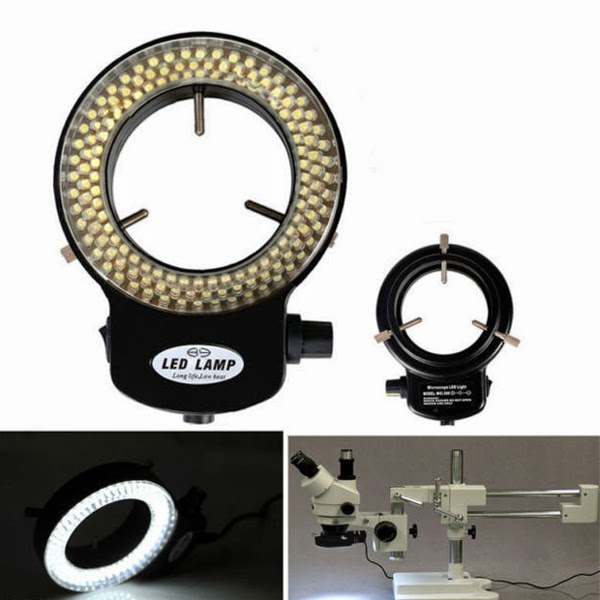 I checked it out on e-bay, and was delighted to note that the clamping mechanism and internal aperture would be compatible with the Raynox 250 outer case - so I thought I should be able use it with the Raynox on my Lumix. I bought one immediately. When it arrived a few days later I was pleased to try it for size and it certainly did fit. It also looked pretty bright, but it has a 'volume knob' to dim the LEDs to suit.

The only problem has been a lack of subjects to try it on, but this morning I tried it out on a Winter Moth. This was hand held indoors in very poor light and I took a comparative shot using the flash. Definitely an improvement I think, the moth is more evenly lit with less 'shiny bits' and I'm sure with a bit of refinement and using a tripod and self-timer (like I should for indoor stuff) it will reap benefits. Certainly looking forward to getting back to some proper moth photography in 2014. 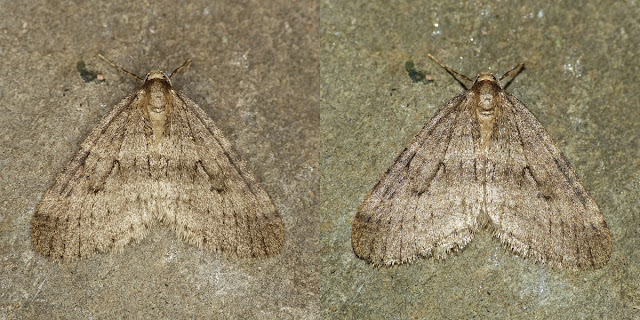 Winter Moth - Click for big
LED light on left, flash on right, minimal post-processing. Interesting to note the tonal differences, and the flash has created a sharper image thanks to a faster shutter speed (which would be negated if not hand held).
Posted by Skev at 20:40 No comments:

December Moth is one of those species that I'm sure does occur around here, though I expect at fairly low density and as a late-season flyer I probably miss it most years just because I don't trap often enough. I first recorded it in the garden on 28th November 2000 - the individual featured below. 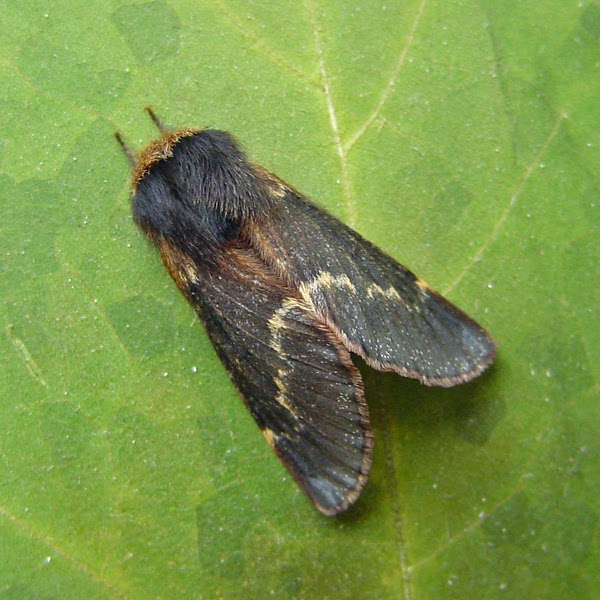 I then took three different individuals in November 2001, and then .... nothing. Not a single one in the garden since. Thanks to the 1000 in 1km square and Garden Moth challenges, I was determined to get the traps out a bit more than I usually would at this time of year and hopefully pick up a few of the late-season flyers that have eluded me in most years. All best intentions etc, but in reality I've missed a good few nights where trapping could have yielded something since the clocks changed - been getting home late from work and losing enthusiasm.

I decided to put the traps out tonight though as it seemed (relatively) mild, dry and still. Also with some early frost in the week and a cold-snap forecast for next week, a mild night could be good. Just checked the Synergetic and found this clinging to the vanes .... 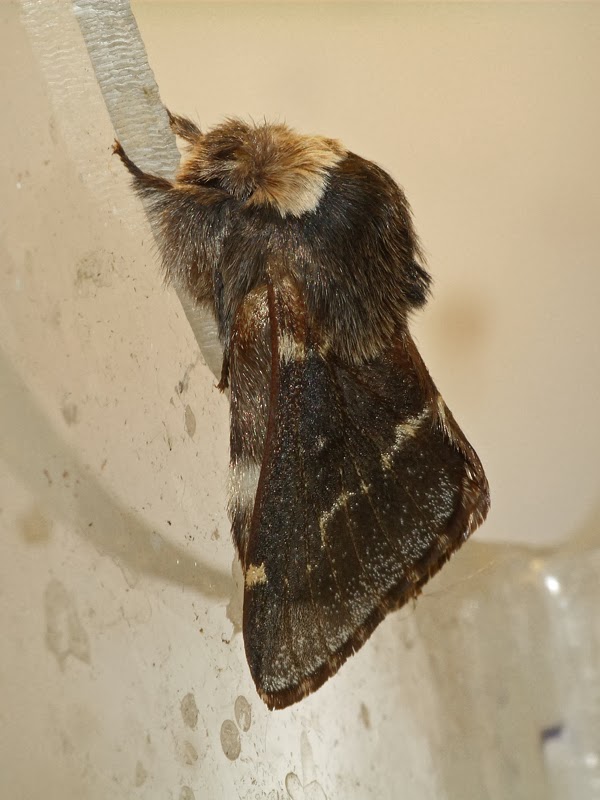 Excellent! My first garden December Moth for 12 years and number 437 for the 2013 Garden Moth Challenge.
Posted by Skev at 21:01 No comments:

Time for another one from the vaults. This one has appeared in the garden traps just once, way back on 3rd September 2002. 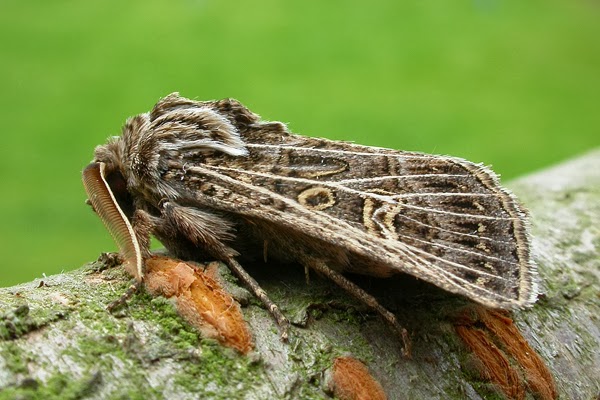 At the time I was quite surprised to find this in the trap as I was under the mis-apprehension that it was associated with moorland. I'd only seen it previously at Charnwood Lodge in VC55, which it the closest thing we have to moorland remaining in the county. In fact it is more of a rough grassland species, feeding on various grasses and as I subsequently found that it has been recorded from around the county. However it hasn't turned up in the garden since (and I don't think I've seen it anywhere else since apart from Charnwood Lodge!).
Posted by Skev at 20:34 1 comment:

Managed a quick foray into my home 1k square on Sunday morning, mainly looking for fungi. I headed straight down to a scrubby track at the back of fields where I knew there was a decent pile of felled tree trunks and branches, and sure enough I scored with some nice additions to the square list. 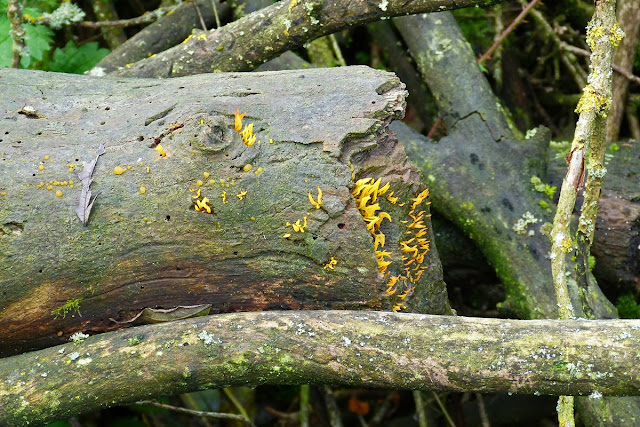 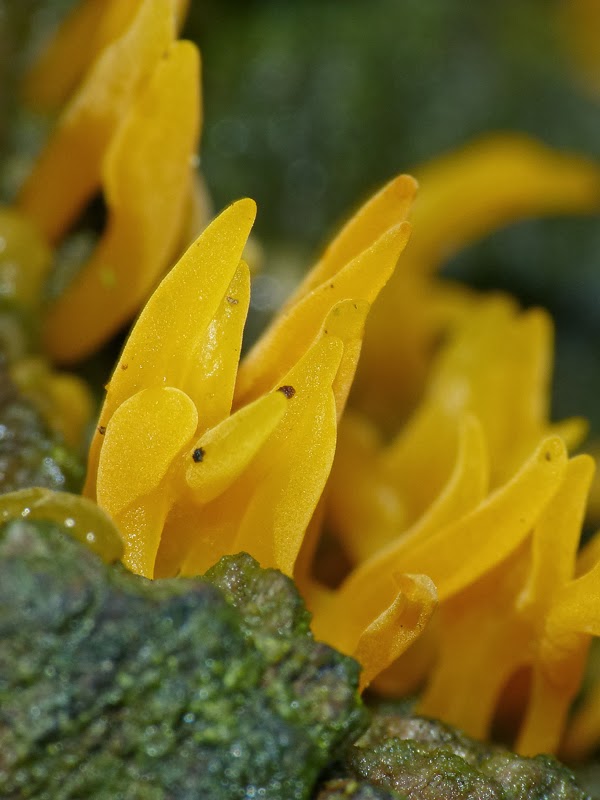 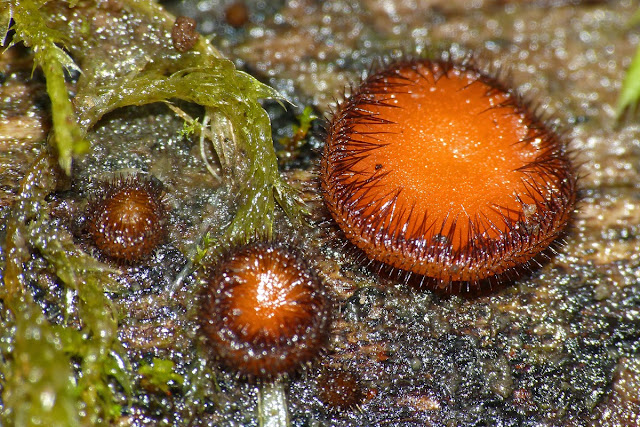 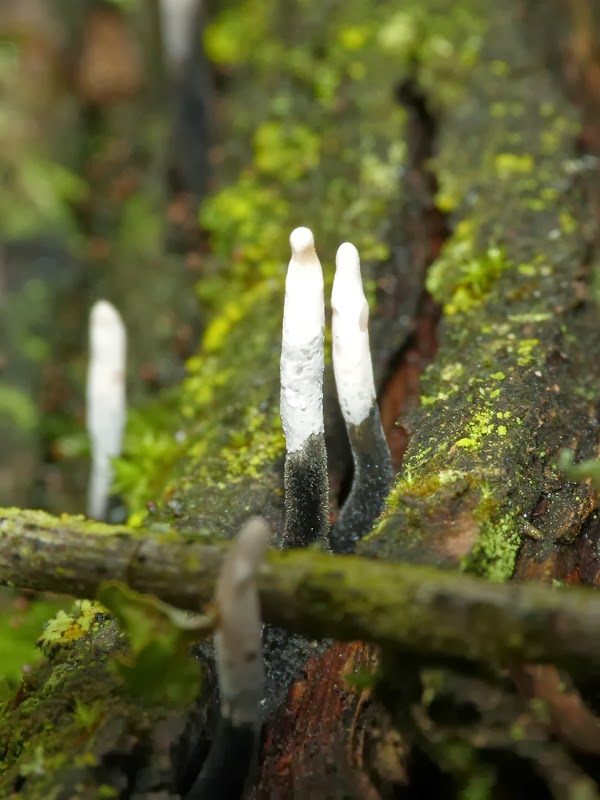 Also a few that I've already recorded this year, like Jelly Ear, Cramp Balls, Velvet Shank and these: 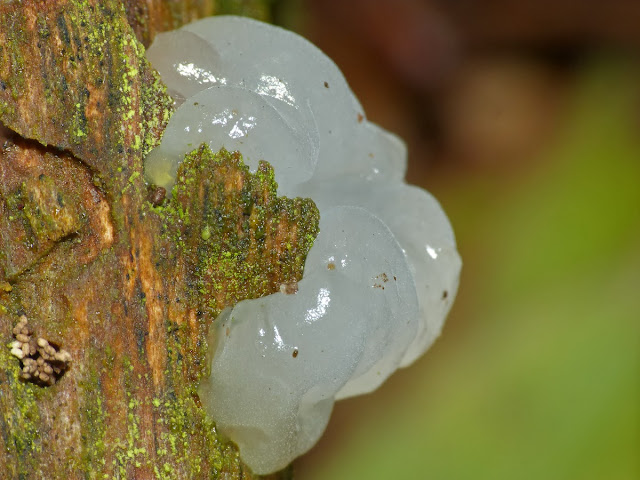 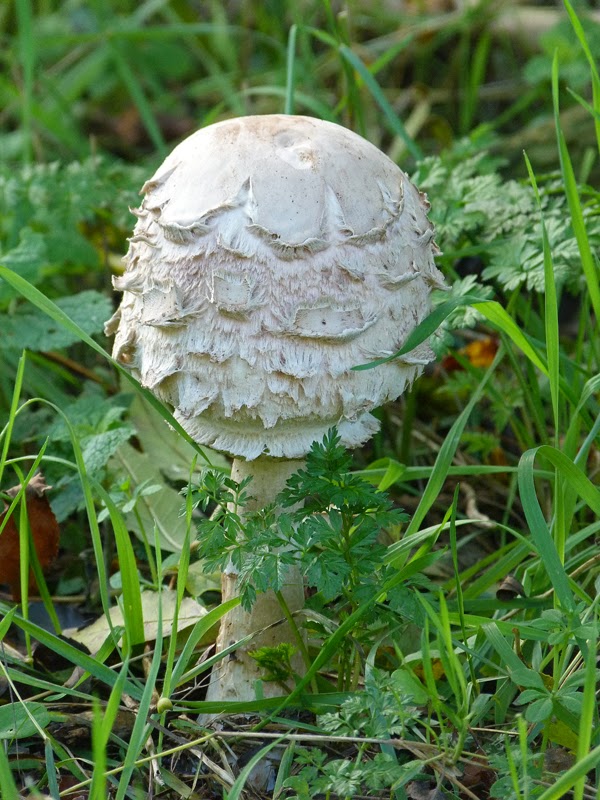 Shaggy Parasol
Posted by Skev at 22:44 No comments: