Had a nice tortrix in the trap on Monday night, one of my favourites in fact, but I've only just got around to grabbing a quick shot. I knew I'd had several before, though it felt like a while since I'd last seen it so I checked my records. I was surprised to find that I'd had it annually between 2000 and 2008 with a total of 24 individuals, then two in 2010 but none since. It feeds on Mugwort ... so where has all the Mugwort gone from around here in the last seven years! Certainly an odd pattern of records. This one also had an odd broken white 'U'. 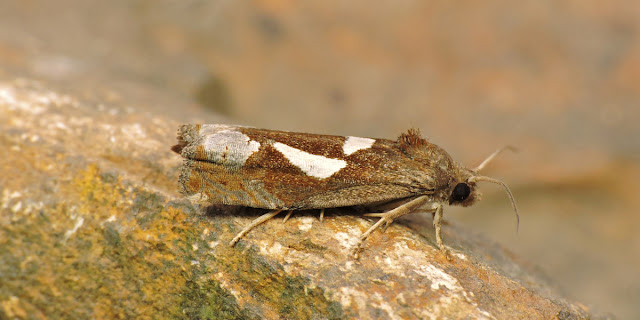 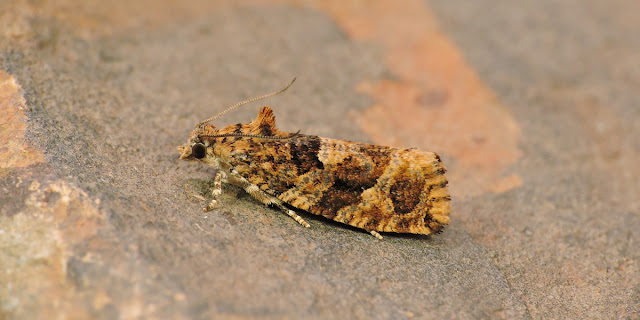 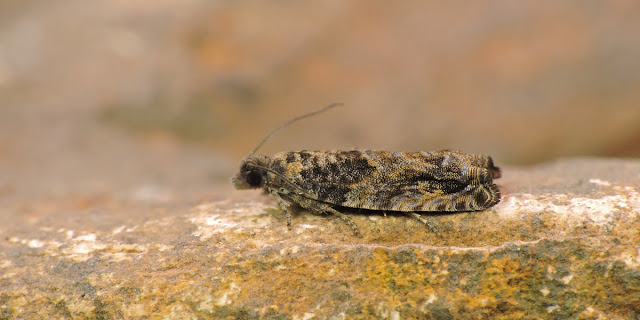 And amongst the tubes of specimens I've saved for formal gen det I've got another Acleris - although this one is almost certainly A. laterana. 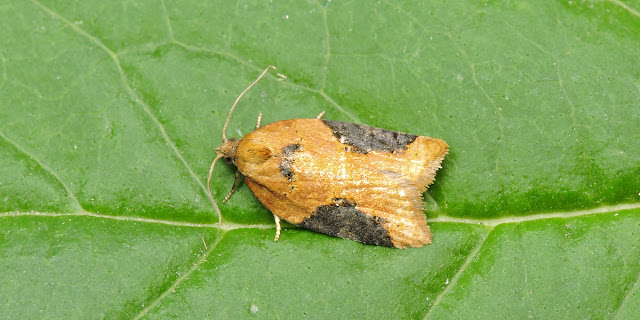 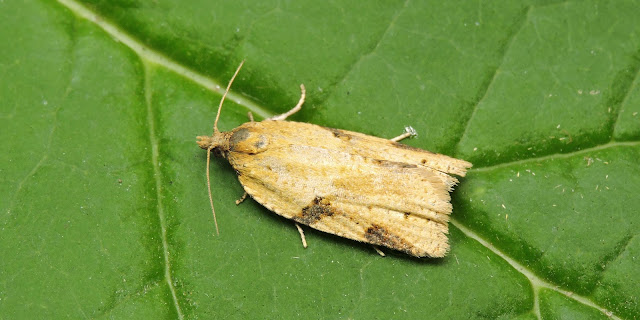 Cyclamen Tortrix
Posted by Skev at 20:44

Good to see you regularly posting again Mark - no doubt when the season kicks-off you'll slow down once more...

No, surely not. I will be down the KP as usual though, and I have a couple of pre-season trips to Wolves and Burton coming up. I might have to start a KP bird list for the season like your Amber & Chocolate list. If the rules allow me to be both inside the stadium and outside within the ground perimeter then I have a good view of the River Soar that should yield a few species on those cold winter days. Unless the games all get moved to a Friday night .......