This afternoon I headed over to the superb Chartley Moss NNR in Staffs with John Drunkbirder Hague, Andy Llama Mackay and Jim 'No Blog' Graham. It was a guided tour of the reserve as it is not open to the general public at all times due to the dangerous terrain ... Basically the whole site is a floating bog made up of sphagnum moss on up to 3M deep layer of peat, which all floats on top of up to 13M of water before you hit anything solid. You don't want to step to far off of the main path!

We had gloriously hot sunny weather, and despite the lack of odonata in previous days we had high hopes for our target species for the day - White-faced Darter.

I'd never been to this site before, and I have to be honest - it was absoloutely amazing. Like nothing I've seen before, and the sensation of sinking/bouncing in some spots was something else. Aside from the bog itself, the main flora around the site was cotton grass, billberry, cranberry and a bit of heather, surrounded by mainly birch and pine woodland/scrub. The moss also hosted loads of sundew, and littered around the site are the stark naked remains of pines that have effectively 'drowned' and are taking an eternity to decompose into the acidic anearobic bog. 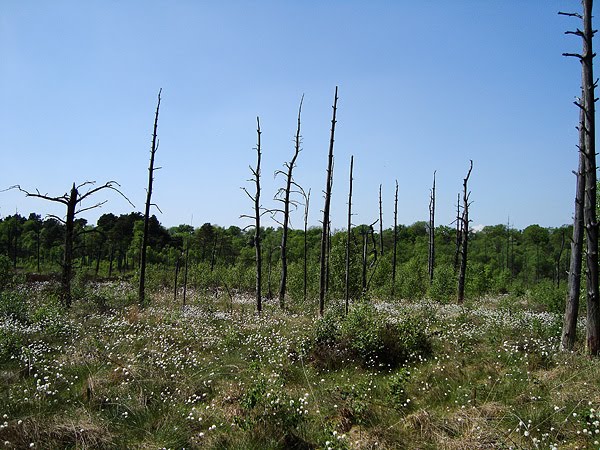 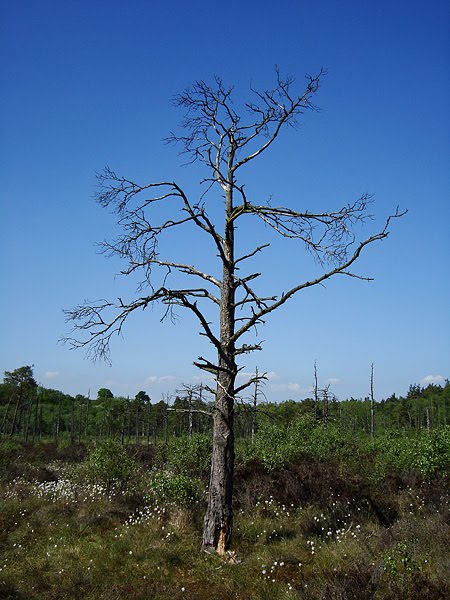 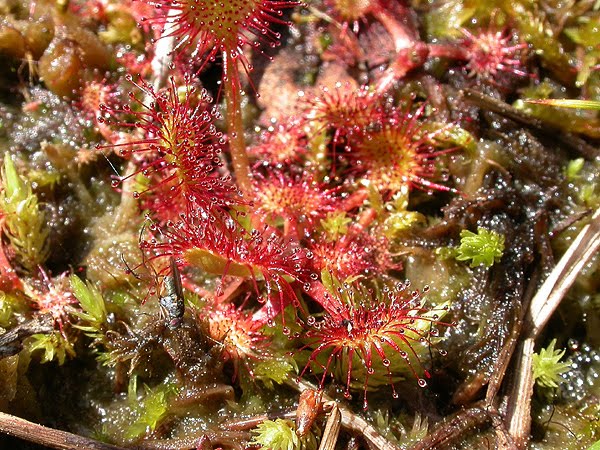 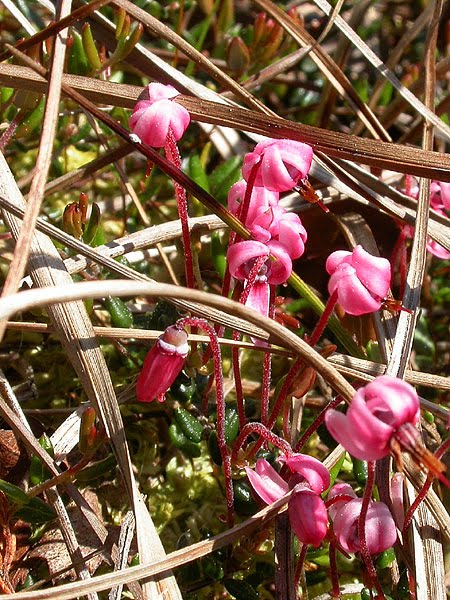 Cranberry
The sites is an ever-changing landscape, with various small acidic pools appearing/vanishing in relatively short periods (a few years, not decades or centuries!). These pools are of course the source of the high diversity of dragons, darters and damselflies at the site. 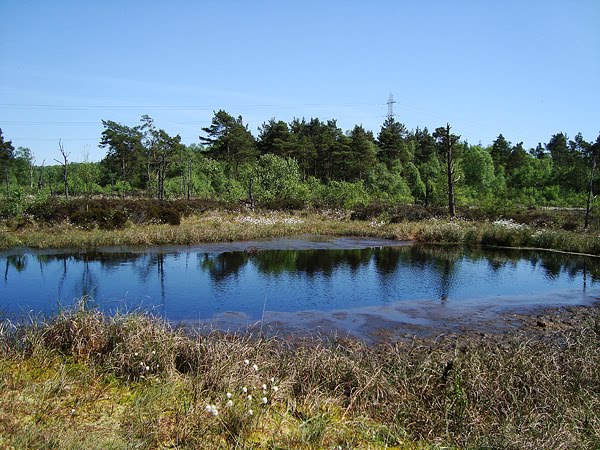 So - what about the darters I hear you think. We were entirely successful I am pleased to say, with at least 10 individuals on the wing. At least we were successful in seeing them. Getting good photos was another matter, not because of the insects being unhelpful but more down to the 'moving' substrate and inadequate lenses. Still, I managed a few identifiable shots of adults and one particularly helpful teneral male sat still close enough to get a better shot with a happy-snappy compact! 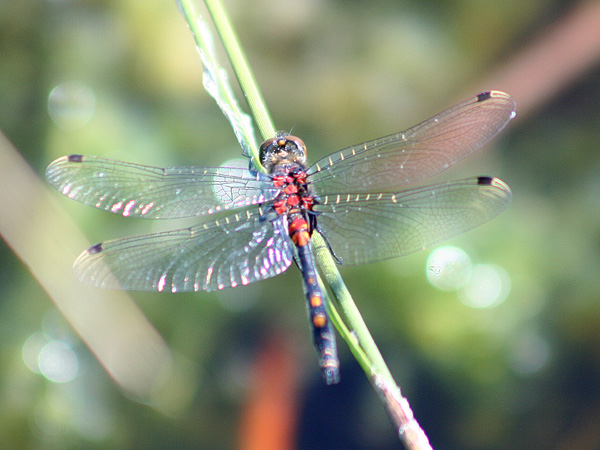 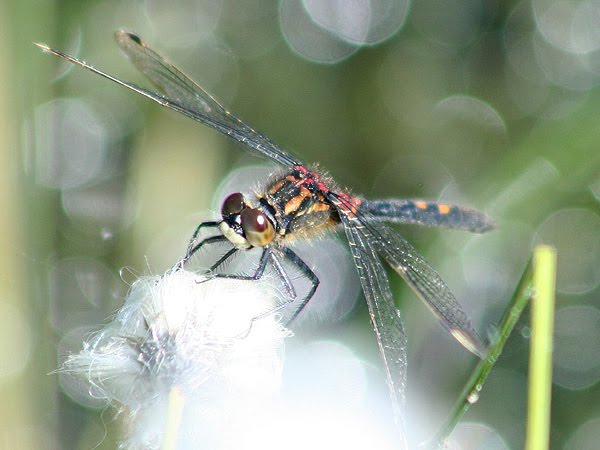 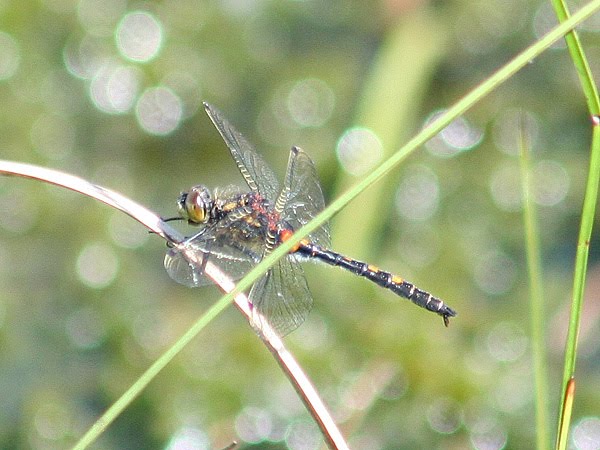 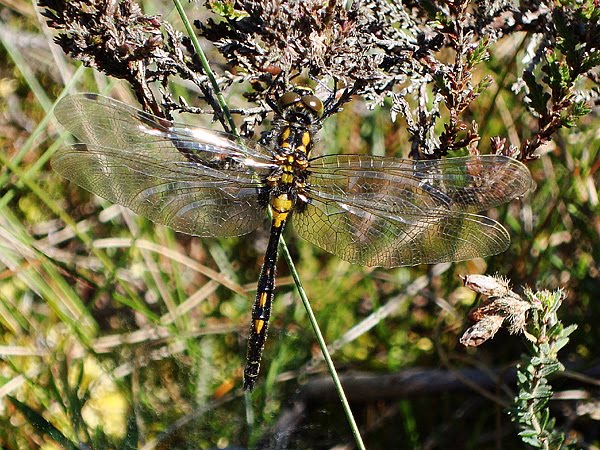 Aside from the White-faced Darters, there were a good number of Large Red Damselflies and few blue damselflies. Otherwise, the main insect interest was Green Hairstreaks, and also a few moths flying about including several Latticed Heaths. 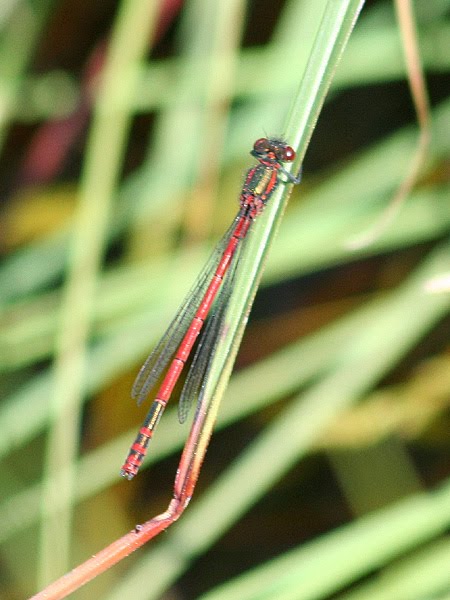 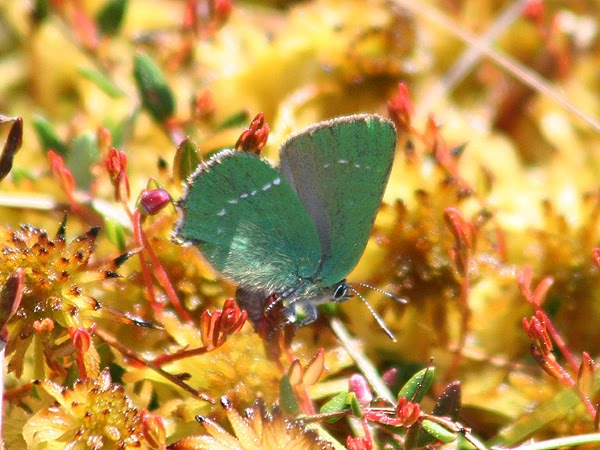 Green Hairstreak
On the return route we had this pointed out to us .. 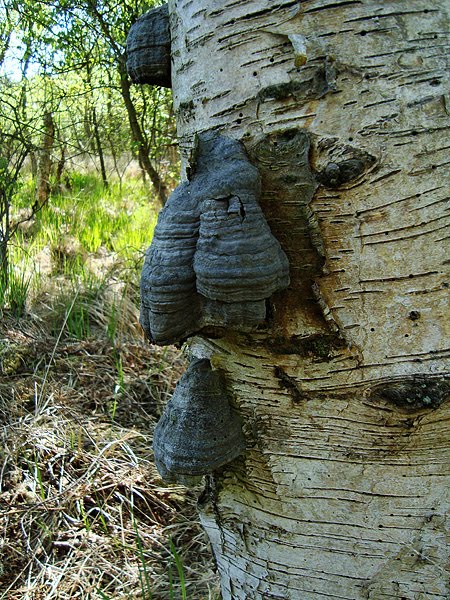 Hoof Fungus
This was a superb trip out in good company, and by far the best couple of hours I've ever had on the bog.
Posted by Skev at 23:29

Fantastic Mark, luv WFDs me! Had them near Carlisle...