Over the on the right is a link to Steve Gale's excellent 'North Downs & Beyond' blog. He's set himself a target of bringing his moth list up to 1000sp., and he's taking an interest in the early stages of micromoths. Whilst I've always been interested in the early stages of moths (hence the Larval Life label that you'll also find on the right), looking at leafmines is something I've only really done sporadically and without any real systematic approach. And this is generally because I am still relatively weak at working out what I'm looking at when it comes to vascular plants. Including trees! Steve will have the advantage of being more botanically savy, and will no doubt find lots of good stuff.

I really should make a better effort, and it's not like I haven't got some helpful tools. I have the two key books that should be invaluable to anyone intent on looking for micromoth larval life: 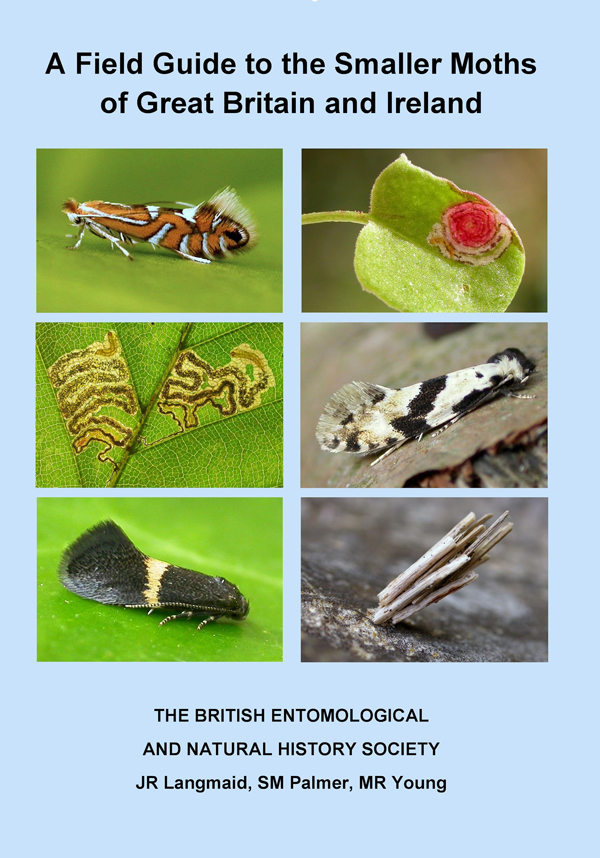 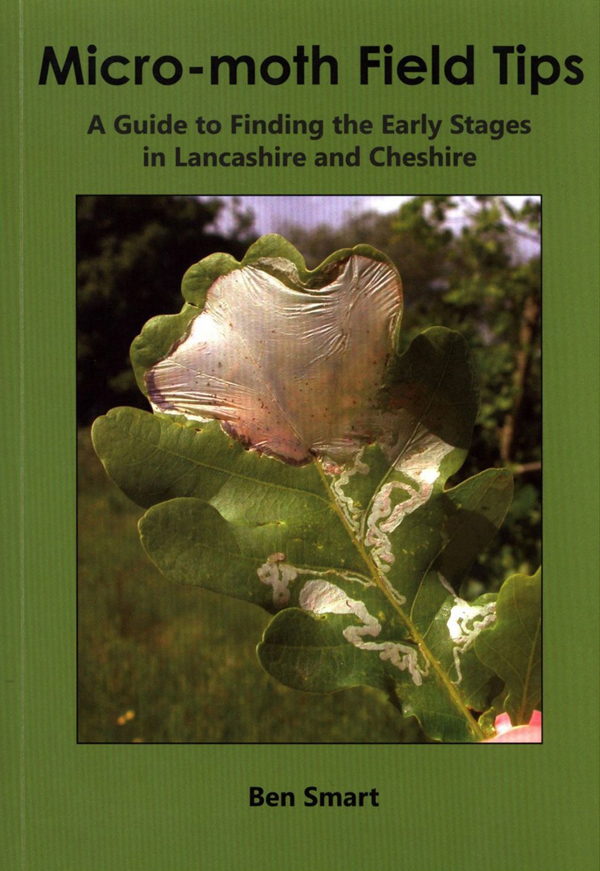 Whilst I'm at it, there is a book soon to be published that I anticipate will also be invaluable to me. Porter's book on caterpillars was good, but missed the mark in a few respects by not showing variation and some not so great photography. I hope that this new book will take caterpillar ID to a new level, though no doubt I'll still end up rearing out larvae to be sure in many instances. 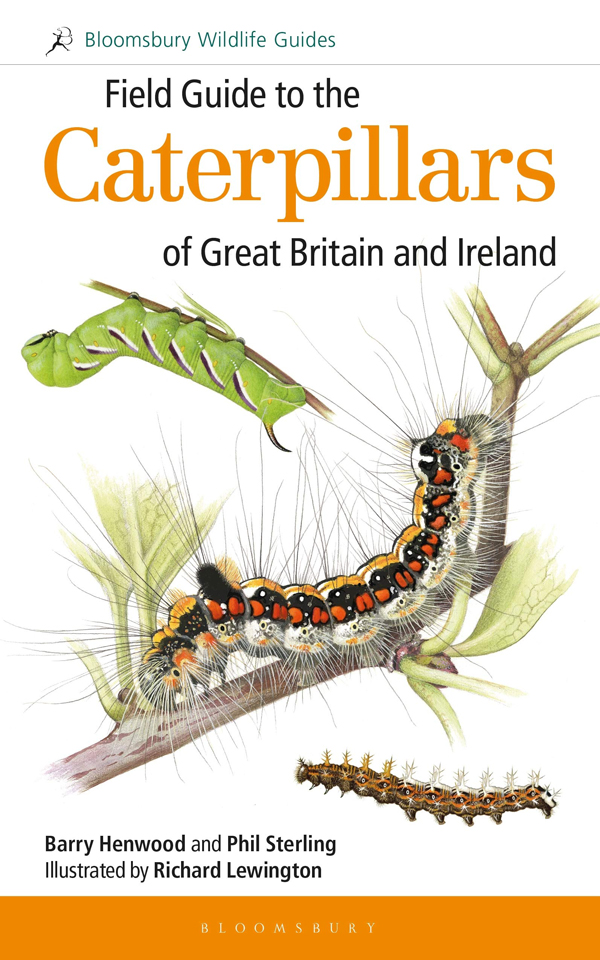 This morning it was a bit dull and drizzly to start, and I had a deserved lie-in. By the time I was up and about it had brightened up a bit, so I decided to head out somewhere that I could have a leisurely walk around with my bins and camera. I headed to Thornton Res, and arrived late morning just in time for the weather to return to its earlier gloomy outlook. The camera was under-utilised as there were fewer birds around than I'd hoped, and there were also more people there than I expected so not quite the solitude I was looking for.

Right near the car park was a small collection of bread-crazed gulls and wildfowl, but scanning the open waters revealed very little. All the gulls bar one were Black-headed, and vast majority of the generally few ducks were Mallard. There were a handful of Tufted Ducks, and I saw one drake Pochard. A group of three Little Grebes were about the most exciting birds I saw, and it was oddly quiet on the passerine front too. It's been so long since I actually went anywhere looking for birds that I was disappointed with my choice of site and I wished I'd got out earlier and gone to one of the big reservoirs in the far east of the county. Still, I got some fresh air and used my legs which was the aim. 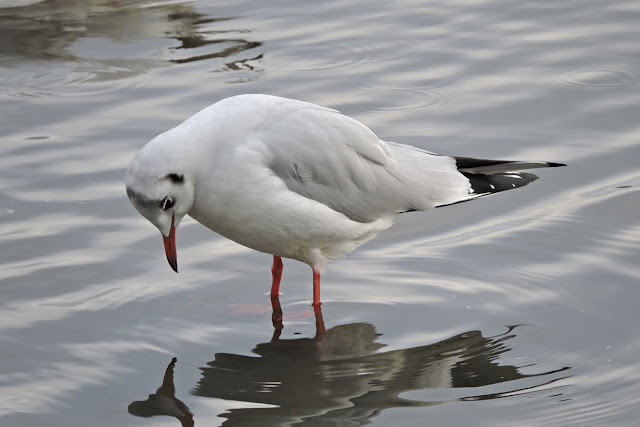 Black-headed Gull checking its undercarriage in the mirror. 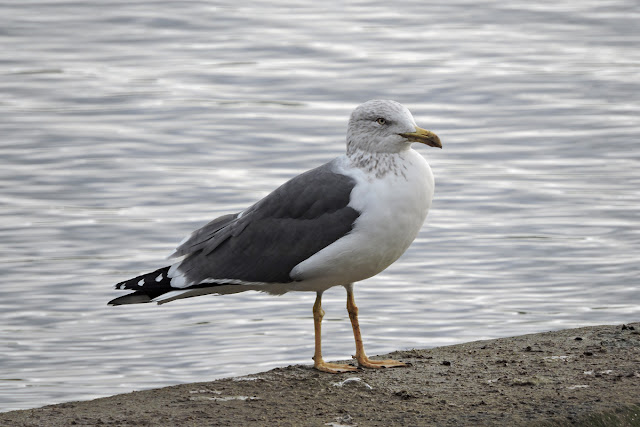 This Lesser Black-backed was the only gull with enough self-respect to ignore bread. 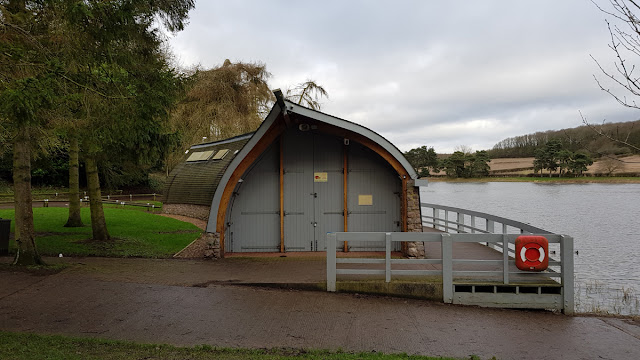 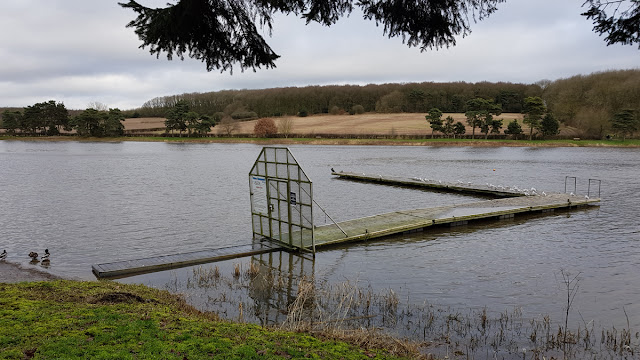 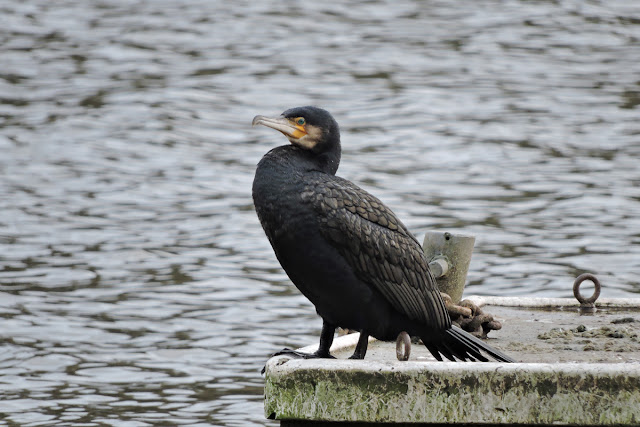 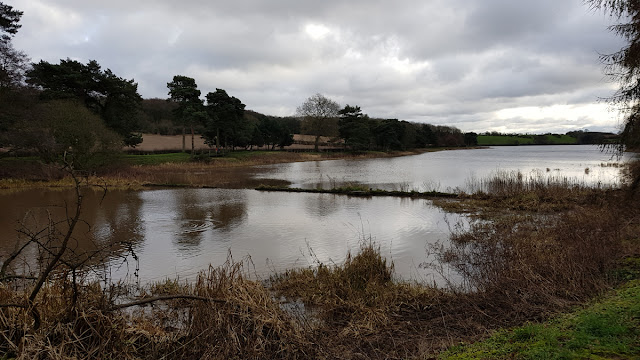 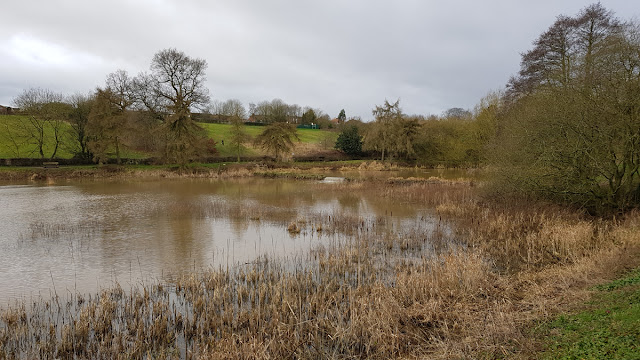 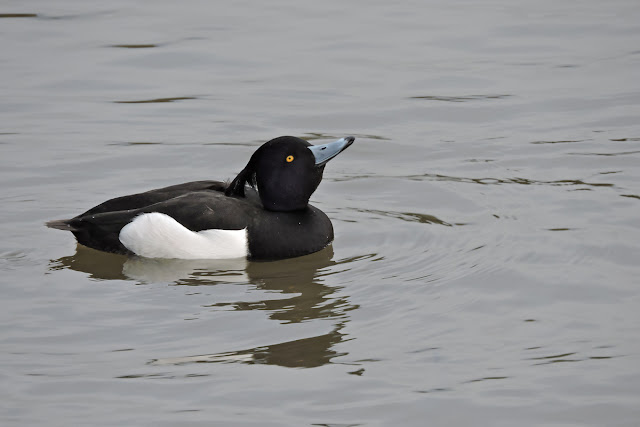 Don't be fooled, this Tufted Duck was loitering with the bread-addicts. 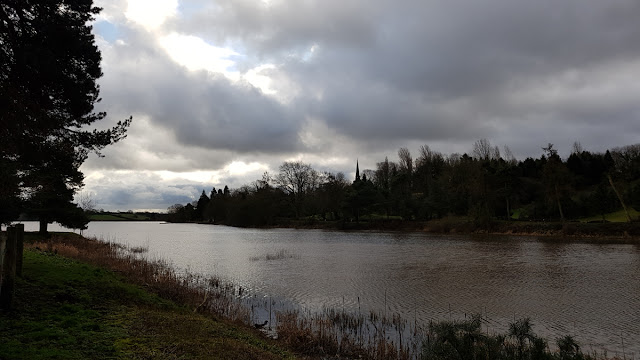 Just after the above phone shot, the squally drizzle returned and I headed back to the car. Some reading this may well remember my disdain for hybidised and feral wildfowl. Just look at the state of this pair ... 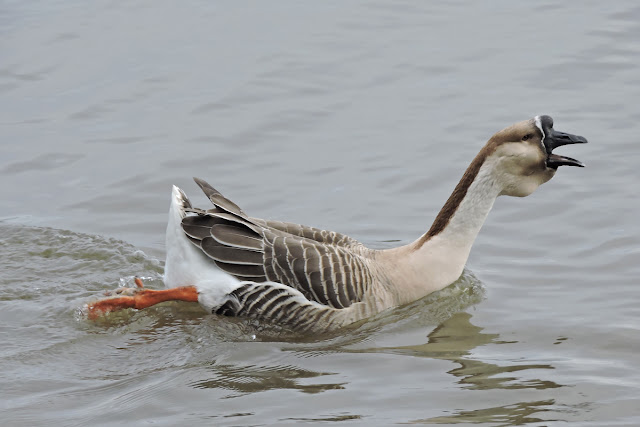 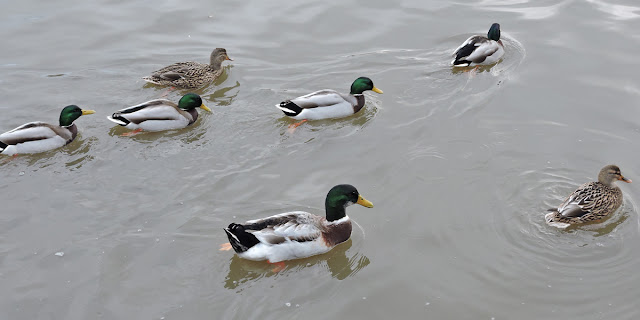 Plumage is almost right, but just look at the size of this drake - looks like it's been eating Mallards.
Posted by Skev at 14:46

Thanks for the plug Skev! I ordered the Langmaid, Palmer and Young last week and it is on my lap as I type! My early-stages quest is going to be a steep learning curve, but one I’m determined to see through. Good luck with the plants!

Really nice images Skev, its been really quiet over at Brascote the last couple of months and like you mentioned oddly quiet.