Once again, up early enough to get out early to slog around my local environ in wellies. Before I set out though I quickly checked through the 80W/20W Actinic/CFL combo trap that I'd out in the garden overnight. Nothing actually in the trap, but I did find my first identifiable adult moth of the year on the adjacent fence (having noted a few moths fluttering in the car headlights last night as well). Probably the drabbest looking geometrid you could imagine, but very pleased to see this one nonetheless ... 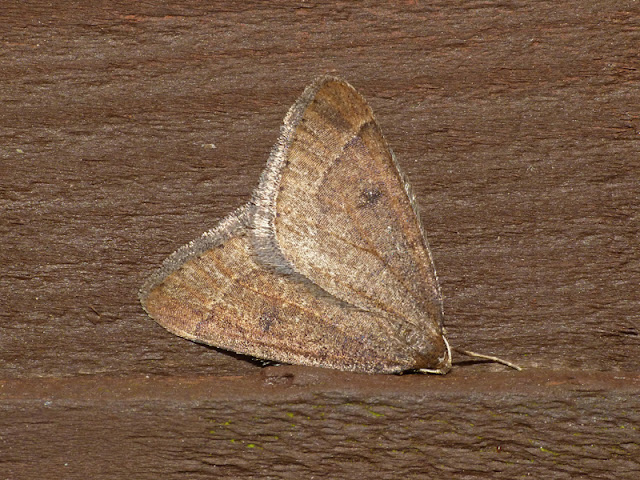 When I did get going, it was just starting to get light. It was mild but pretty cloudy and dull - highly unlikely to make for any good photos. I had a really good morning seeing some excellent local birds (all good for the square challenge and also a few for Foot It). As I ambled down Springwell Lane, a Green Woodpecker was yaffling away and one of the regular Little Owls was obligingly sitting out in the open. I carried on down the lane and headed over to 'Countesthorpe Meadow' - or at least that's what I'm calling it. A small series of damp meadows with Whetstone brook running through it. The northern half of this is within my square, and so were Jay, Kestrel, Kingfisher and best of all a couple of Treecreepers. I then got a message that there was a decent flock of Waxwings over in Cosby so I started walking west. Cosby is still within my Foot It area but well outside of my 1k square unfortunately.

When I got there, 35+ Waxwings were still knocking about - making tentative feeding forays down to a single berry-laden tree. Not entirely sure what the tree was, but looks very similar to what the Enderby birds were feeding on late in the 2010 influx. I think it may be Himalayan Tree-cotoneaster, but with so many berries on it still it's obviously not favoured by anything until there is no choice. 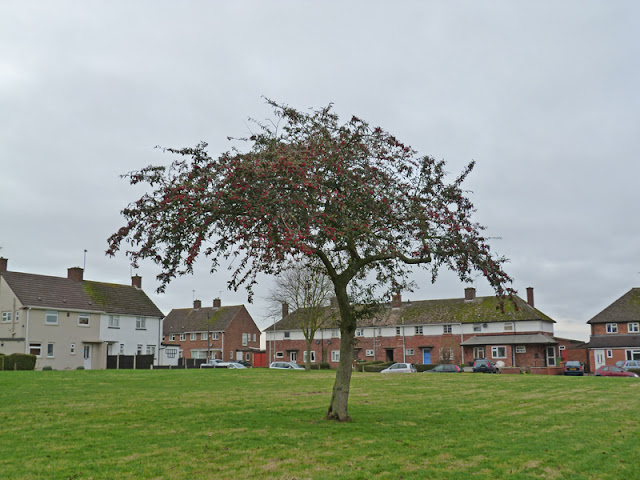 The Waxwings were not quite as obliging as they can sometimes be, mainly due to an ageing Staff Terrier barking its head off from one of the houses around the green. The same mental dog had earlier barked agressively at me when it arrived home with its owner - thought it was going to come for me so I was fully prepared to shut it up with my right welly. So with wary Waxwings, crappy light, a demented twat of a dog and to be honest little time and patience, I got no good photos. So here's a rubbish one and some arty efforts which hide my lack of photographic prowess. 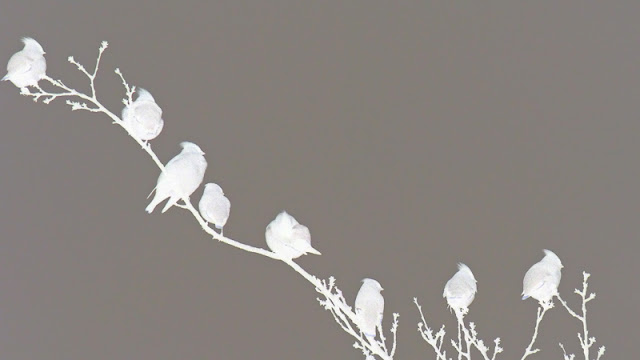 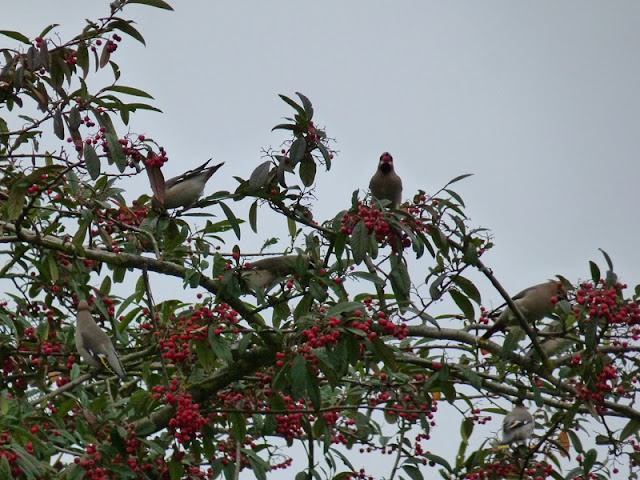 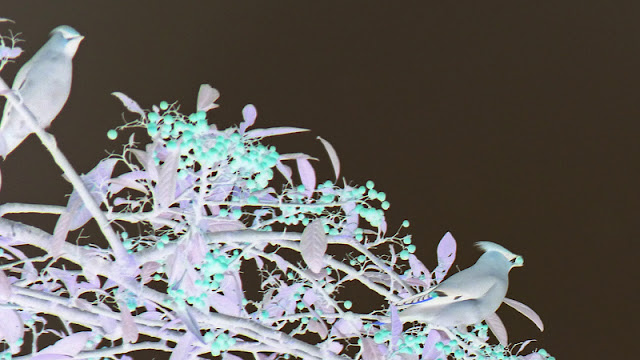 By now I'd walked a good way and needed to head home to get stuck into some decorating .....

By the time I arrived home, I'd walked another 9km and been out for 2.75hrs. Aside from the above mentioned birds that were all Foot It ticks, I also picked up Wren, Black-headed Gull, Redwing and Mistle Thrush for my 1k square. Just as I got to the door I also noted a large harvestman on the wall - Opilio canestrinii.
Posted by Skev at 22:12